In the blue corner: the brewing behemoth that bestrides the Australian beer industry. In the red corner: the cheeky upstarts who are yet to commission their brewhouse and have teased the world with such delicacies as an Imperial Gingerbread Porter. And in the middle, keeping a close eye on proceedings: the daddy of the Melbourne microbrewing scene.

Yes, proving that ideas sparked over a few beers – no matter how crazy they seem – can become reality, is news that the most unlikely of brewing collaborations is going ahead: Foster’s vs Mountain Goat vs MoonDog. Going under the working title of the “Abbotsford Brew”, agreement was reached last night to create a beer that will be launched during the inaugural Good Beer Week in May. What it will be, exactly when it will be brewed and what it will be called is still being nutted out, but it’s an event that’s set to get the beer world talking.

“I think the idea of a collaborative brew started when I first met the MoonDog guys,” says Goat co-founder Dave Bonighton. “Then Barney [Matthews, one of the Good Beer Week organisers] suggested we should get the other brewery in Abbotsford involved and it seemed like a good idea at the time.” 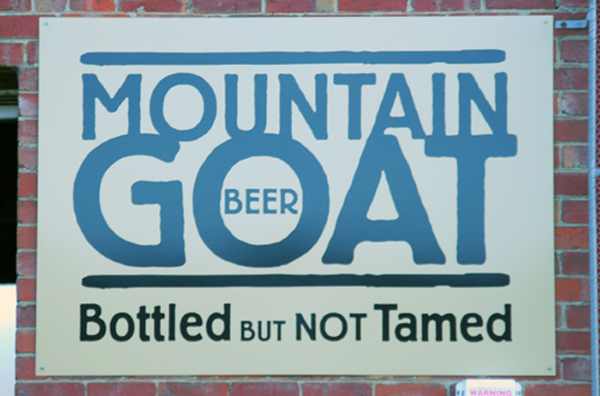 A few weeks later, the deal was done. Mountain Goat will host the brew sometime in the next fortnight, with the recipe devised and brewing handled by a team including Dave and his Goat brewers, the MoonDog trio of Josh and Jake Uljans and Karl van Buuren, and Neil Whittorn, who brews for CUB’s Matilda Bay operation.

“It’s a great opportunity for us,” says Matilda Bay marketing manager Jamie Fox, “Neil has a long and distinguished career in brewing and worked on the original Richmond Lager so it’s great for him to be involved.”

It also offers a chance for MoonDog, who are still a few weeks away from their first full scale brew, to present themselves to the wider world. They’re pushing for a “big, gnarly beer”, according to Dave Bonighton – one that would be in keeping with the MoonDog output to date.

“There will be robust discussion!” says Josh Uljans. “We’re really looking forward to it and hope it will work well. We want to make sure the beer has the MoonDog signature, whatever that may be. It’s a good thing as it means more people working together to get people drinking better beer and raising its profile.”

The brewers have also agreed to give all profits to charity. As for the man who helped bring it all together, Barney says he was simply “looking for something unique we could do for Good Beer Week”. 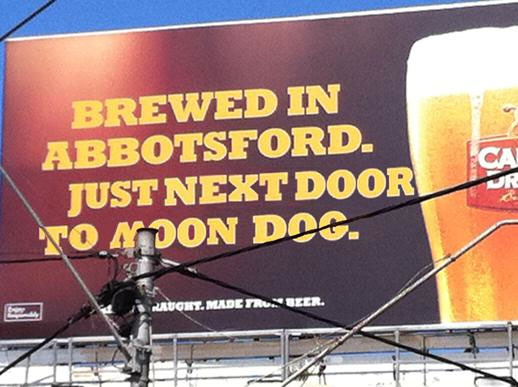 “There’s a trend for collaborative brews right now and the Abbotsford brew seemed the logical step, especially with the stage we are at with beer in Australia now,” he says. “The three breweries are at completely different stages in their life and their place in the market so it’s been great to bring them together in a way that ensures the focus is on the beer and not the breweries.”

We’ll keep you posted on progress – and news of other new beers to be launched in Good Beer Week – as soon as we have updates. Rest assured, Crafty will be there on the day of the brew too. In the meantime, if you’re in Melbourne tonight, a new experimental beer from MoonDog is going on tap at Biero.