We've got another exclusive event, festival tickets, discounts and more in this update for Crafty Pint supporters. What's more, we've got more juicy signup bonuses for readers thinking of joining The Crafty Cabal and taking advantage of all the benefits that come your way in return.

First up, however, congratulations are in order for Mark Connors as the winner of our most recent Cabal competition. He'll be taking a mate to dinner with Fury & Son as they launch their seasonal Red Ale at Cargo at the end of this month. Anyway, what's new…?

The Beer InCider Experience returns to Brisbane for a fourth time next month. It has moved to a bigger site – the Brisbane Showgrounds – and also increased the number of brewers and other booze purveyors onsite to 53, all of whom are independent. It is on September 22 and 23 and you can read all about what's on offer here.

Better still, if you are an existing Crafty Cabal member you can enter a ballot to win one of eight tickets that gets you in to both days of the festival.

And, if you are a Queenslander who would like to become a Crafty Pint supporter and reap the rewards via free beer, merch, deals, exclusive events, competitions and more, head here to join and you'll get a double pass worth more than $70 as a signup bonus.

New in 2017 is The Beeries, an awards night celebrating the best of the Queensland beer community. The organisers are offering Crafty Cabal members a 10 percent discount off tickets. You'll find out how to claim the discount in your member's area.

The 3 Ravens crew must have enjoyed having The Crafty Cabal call in for their Juicy Day earlier this year as they've invited us back on the occasion of their Brewery Bar's first birthday. In the evening, they're hosting a Viking Party, but before then they'll be brewing their first annual Brewery Bar Birthday Barley Wine. They are also putting on two masterclass sessions at which they will showcase the six "Nevermore" one-off kegs brewed for the party plus the five-year-old Stockdale they use for blending into many of their beers.

If you would join them for the brewer and attend one of these masterclass sessions, you need to be a Crafty Pint supporter as they're inviting a dozen Cabalistas along to each. The sessions are at 2pm and 4pm and you can enter a ballot to win a spot via your member's area now.

At time of writing, we had just a couple of tickets left to give away as signup bonuses for new Cabal members. So, if you're thinking of heading along, head here to grab one and get $55 value from your $99 first year's supporter fee instantly.

After much re-drawing from the Cabal competition, it looks like we've finally got four winners heading along there with free tickets too...

Aside from that, we've got a few discount tickets left for the imperial stout blind tasting we're hosting at Tallboy and Moose this coming Wednesday – snap them up before they're gone via your member's area. And, last minute we know, but if you're heading to The Ekka on its closing weekend (i.e. this weekend), pop along to the Craft Beer Alley, show Matt or Prof the offer in your member's area and they will line you up with a beer and food special.

Looking further ahead, there's 12 days left to enter this month's draw to win cases of Newstead's new cans. We'll soon be announcing details of an exclusive Cabal event with Sydney's Bucket Boys. And we've already locked in another blind tasting and bar shout for supporters at The DTC during WA Beer Week in November.

Thanks to the hundreds of readers already on board – your support of our mission to bring the best independent journalism we can to the Australian beer scene is hugely appreciated. We look forward to welcoming hundreds more to the ranks of the Cabal in the future! 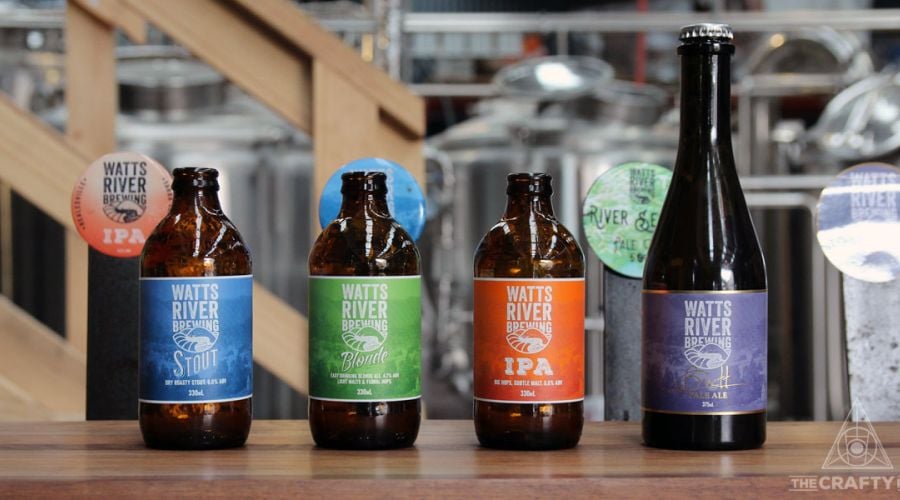