Take A Journey Into Beer

It’s quite astounding just how many people are taking it upon themselves to help grease the wheels of the craft beer revolution in Australia. Seems you can’t even go for a pint these days without coming across someone else with a great idea. At least that’s how it proved last Wednesday when a trip to Biero to sample Moon Dog’s latest teaser led to a conversation with a barman planning to launch a brewery tour company that in turn led to the suggestion that he try and get something set up for Good Beer Week that in turn led to him lining up four tours to different regions of Victoria during that week. As Hannibal Smith was fond of saying: “I love it when a plan comes together.”

So welcome to the craft beer world Scott Dewar and his Aussie Brewery Tours. It turns out the idea was hatched while he was living in the US a few years back.

“I came back to Australia to visit and started trying to look for these breweries I’d heard about and realised I wouldn’t want to have to drive to them as you couldn’t have any fun,” he says. “I looked for ways of getting to them and eventually thought I’d be the man to do it. It wasn’t until I got home last year that I was able to put my plans into action. I soon realised there were a lot of things I hadn’t really thought about – you think you’ll just get a bus and that’s it – so I had to go through getting all the licenses and insurance sorted but now I’m ready to go.” 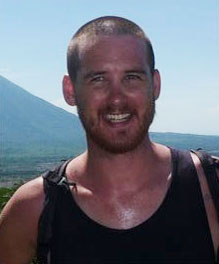 As well as establishing relationships with various breweries, Scott says he’s been doing plenty of research, spending time in the library looking into the history of beer both in Australia and around the world so he’s a knowledgeable host. So far, he has three routes set up – one to the Macedon Ranges, one to the Yarra Valley and one to the Mornington Peninsula. All three will be on offer during Good Beer Week.

“Anyone coming on the tour will get to take part in tastings at each brewery, a brewery tour at one of the places we visit and lunch,” he says. “I’ll talk about the history of beer but it will be very informal. They’ll all start around 10 or 10.30 with pickups in the city and end up at Biero where I’ve arranged some specials, including prizes for the trivia I’ll be running throughout the day. There’s an anti-dickhead policy – I want to keep things clean – and I’ll be giving out free water on the bus.”

Details of the Good Beer Week tours can be found here, or you can head straight to the company’s website.

“The breweries have all been really good,” he says. “Guys like Mornington Peninsula and Tooborac think it’s a great thing, but all the ones I’ve spoken to have helped me out. It seems like it’s a pretty decent industry where people are willing to help out.”

At Crafty, we certainly think so. Here’s hoping Scott can make a roaring success of the tours.