The team behind the Northbridge Brewing Co (NBC) has opened sister venue Whitfords Brewing Co (WBC) less than a year after plans for the new brewery were announced. WBC is located in the new $80m Westfield Whitfords City Dining and Entertainment Hub and is the only brewery currently located in the 40 kilometres between Perth and Mindarie, home to Indian Ocean Brewing.

The 750 person capacity, two-storey venue sits under a cinema and above a bowling alley and features a 201 capacity SkyDeck with views to the Indian Ocean. Also housed within this unlikeliest of brewpubs are 75 inch screens streaming sport and arguably the highlight of the brewery: a 22 metre bar featuring timber from the decommissioned Perry Lakes stadium and Fremantle Foundry, some of which is believed to be 120 years old.

While beers are currently being produced at NBC, the new 12hL brewery will be fully commissioned in October and set to work producing Beerland’s Pale Ale, Wheat, Kolsch, Lager and IPA, the last of which won a gold medal at the most recent Perth Royal Beer Awards. With two breweries now coming under the Beerland banner, seasonal releases, like the current SchwartzBier, can be split between the venues, thus allowing for greater experimentation.

Head brewer Ken Arrowsmith says an ESB, English mild or brown ale may be on future brew logs to support the large English population surrounding WBC and that the company's popular and long established food challenges would continue.

“We’ll be participating in regular food events like Chilli Week and Man vs Food but will also be creating local specials to keep people coming back,” he says.

In addition to the Beerland beers, WBC pours a range of craft favourites that currently include Balter’s XPA, Nail Brewing's Red and Feral’s Hop Hog, with the tap selection supported by more diverse offerings in the fridges. Beerland beers can be purchased for takeaway through the onsite CANimal machine too.

Opening a brewpub in a shiny new suburban shopping mall is new territory here in Australia (although The Public Brewery has been operating the Cellar Door at Melbourne's Eastland since early 2016). But, judging from the opening day turnout, WBC looks like it may outshine its older sibling in the heart of Perth and, hopefully, inspire similar venues elsewhere. A Perth restaurant is taking the beer cocktail concept to another level. At Baby Mammoth, they're creating beer vermouths with local and imported craft beers to use within cocktails, a Pia Poynton discovers. read on 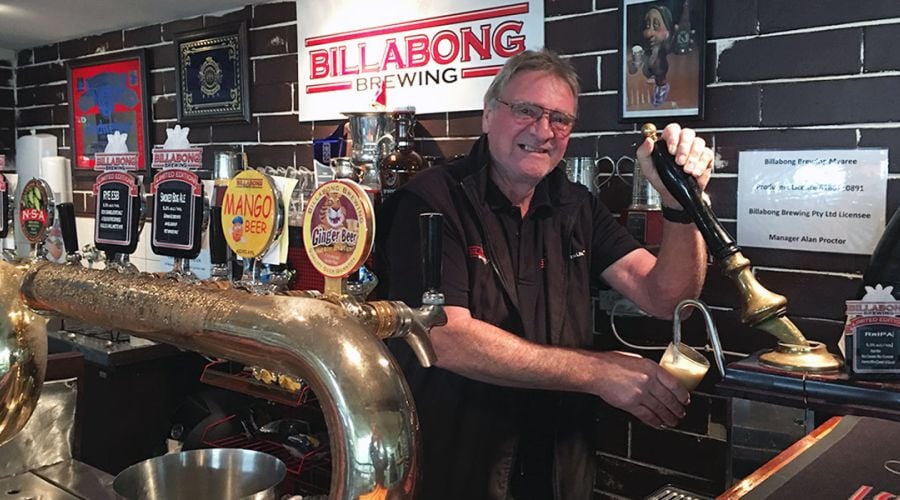