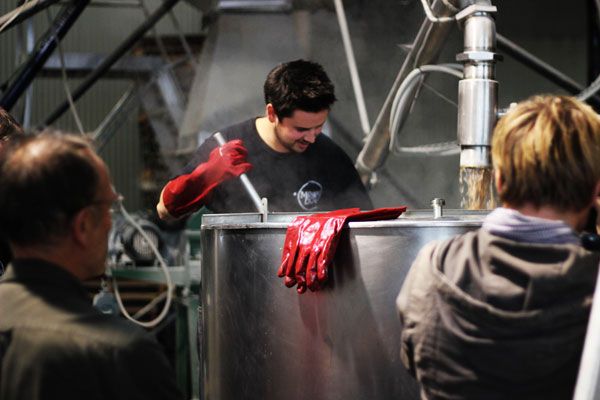 It seems weird to think that just ten weeks ago, Good Beer Week hadn’t even been invented, let alone grown into the rather impressive beast it is now, complete with its own theme song, specialty beer an' all. Back in those halcyon February days when Crafty wasn’t working 16 hour days for the love of beer, there was the Australian International Beer Awards dinner on the Friday night and little else, other than a trade day being run by Bintani and loose plans for an exhibitor’s tasting. All of which meant there were going to be a lot of brewers and their ilk lurking around Melbourne with nothing to do other than catch up and drink.

Knowing how much brewers hate sitting around talking and drinking, the loose collective you might call a Good Beer Week committee decided to act, bringing them and many of Melbourne’s bars, restaurants, venues and breweries together with the AIBA for what we hope will be the start of something beautiful, aided by sponsorship from Little Creatures, Bintani and – just confirmed – VAMI (the Victorian Association of Microbreweries Inc).

If you’re keen to find out a little more about it, the AIBA has just posted a story about Good Beer Week on its blog:

The times they are a-changin'. And unlike Dylan in ‘64 we’re not talking social and political upheaval. No, we’ve got something far more important in mind: beer.