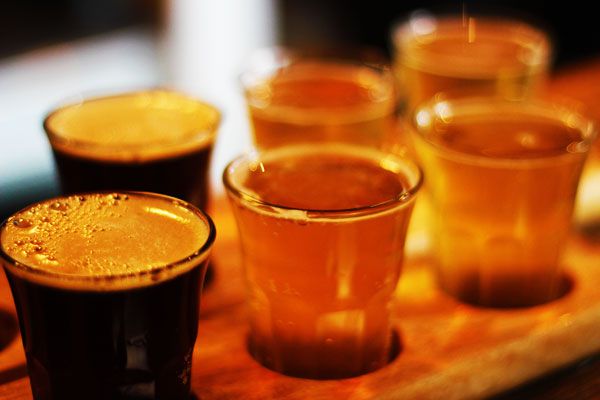 It seems like only a few days have passed since the idea was first mooted, but today – in the same venue that the idea for Good Beer Week was first discussed back in February – it all kicks off. The launch of the North Coast range of beers from the States at Beer DeLuxe (complete with live music and burlesque dancer) is the first official event, followed later in the evening by the Gold Medal Dinner at The Terminus in Clifton Hill. Of course, various week long elements of Good Beer Week kick off today too, including a couple of our own: the Crafty-curated tap lists at the Terminus and Royston and The Crafty Crawl, the hunt that rewards you for getting stuck into the program.

Before it wraps up with some tastings, a recovery roast and a closing party at Penny Blue on Sunday, there will have been a veritable cavalcade of awesome beeriness: new beer launches, beer-themed comedy, Australia’s first Great Beer Debate, a whole variety of beer and food matches at breakfast, lunch and dinner, free tastings, the 2011 AIBA Gala Dinner, showcases and, hopefully, a great deal of enjoyment of good beer.

There’s no real need to say anything more, other than get out there, have lots of fun and help us spread the word about Australia’s beer revolution!

But if you do need something more to get you in the mood, here’s the team behind the one-off Good Beer Week collaborative brew, filmed by The Crafty Pint on the day the unnamed beer was created.

The beer, a Belgian-style Dubbel with added raisins, dark muscovado sugar and waffles, will be launched on Wednesday evening at Mountain Goat and will also be on tap at the Great Beer Debate on Saturday night.

Beer Song by ElbowSkin from Alister Robbie on Vimeo.