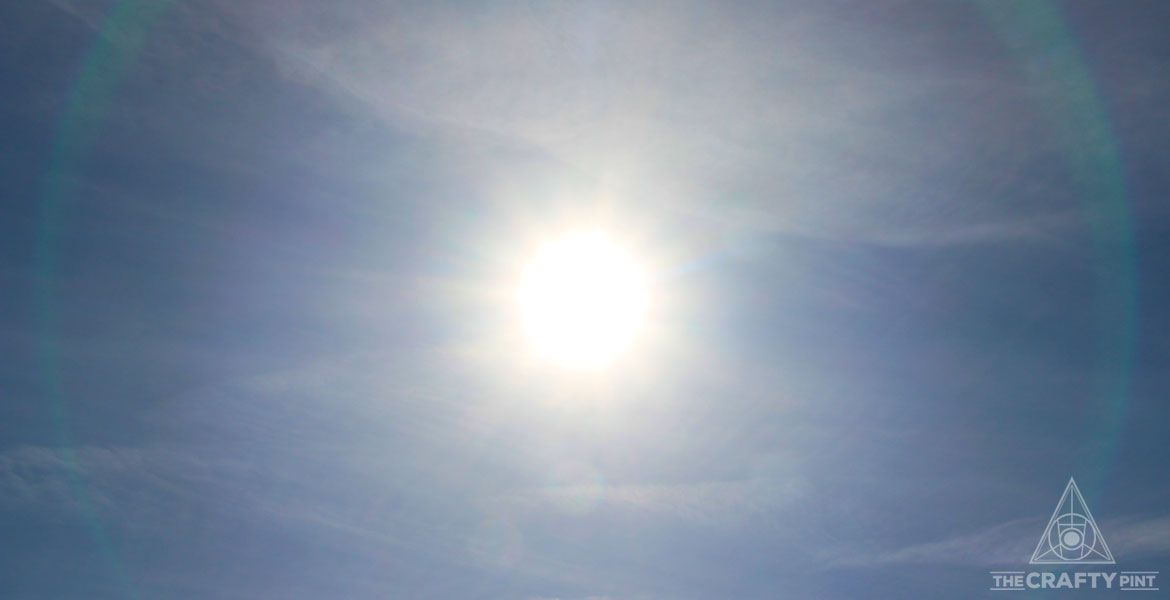 When it comes to electrical engineering, Warren Bradford is a little like The Wolf in  Pulp Fiction. If a brewery’s regular electrical system needs a solution, Warren and the cavalry at Deacam Electrical Contractors are called in. Much like Harvey Keitel’s character, they solve problems.

Deacam first became involved with small breweries back in 2010, when White Rabbit was having trouble adopting Little Creatures’ old brewery. Since then, the company has regularly worked with breweries across the country, often installing and maintaining Wild Goose Canning-Meheen Manufacturing products.

But the company has also worked on its own products for breweries: mainly Fermecraft and the Remote Area Power System (RAPS). Fermecraft is an automation system that integrates the various stages of the brewing process, while RAPS employs rechargeable batteries to allow breweries to become less reliant on grid energy.

Among Deacam’s customers is Mornington Peninsula Brewery, with the two working together since most of the brewery’s production moved to the Latham Street site in 2014. Late last year, it was a power outage that brought Warren and the Deacam team into the brewery.

“We got a phone call in November because they were blowing street fuses, causing parts of their street in Mornington to blackout. They called us down and we started replacing bits of the electrical infrastructure in that building. We realised pretty quickly that they actually weren’t getting enough power in from the street and they would need more to run,” Warren says.

Faced with an urgent need for a new power supply, Warren suggested RAPS, a move that would enable Mornington to load share its power, meaning it could move seamlessly between battery power, generator power and supply from the grid.

“They were grossly overloading their supply, they were at risk of fire or of being shut down by the supply authority," he says. "So, something very quickly had to be done to ensure their ability to produce beer leading into Christmas could continue.”

While, for now, those batteries still rely on either grid or generator power, the next step is for the brewery to rely on both as rarely as possible. In July, 117 solar panels will be installed on the Latham Street site to provide 75 percent of the brewery’s energy needs.

Mornington Peninsula co-founder Matt Bebe says the decision to switch to a mix of solar and battery technology made sense: with the closure and decline of many of Australia’s coal-fired plants, power from the grid is becoming less consistent – and more expensive – while new technology means the cost of non-traditional energy is declining.

“The need for electricity is so important – especially when you are running glycol and the temperature of the tanks – if you don’t have that you can’t control your beer,” Matt says, before adding solar is a natural ally to brewing since the busiest time for most small breweries is the summer.

“Unless you are running 24 hours a day - which most of us don’t - peak time is usually when the sun is up.”

Warren says that load sharing technology has become incredibly smart over the past few years and renewable energy is now more consistent than ever.

“The technology now is so good that we’re seeing phenomenal results out of it – much better than could have been hoped,” he says.

“In Mornington’s case we can show two occasions where the grid dropped off over Christmas and they saw zero interruption – they didn’t even know it happened.”

Solar energy is not new to breweries and many of the country’s smaller operations have installed solar panels and barely made mention of it to anyone. Across the country, from Hawkers in Melbourne to Pirate Life in SA and Eagle Bay in the West – and many others too – you'll find crowded rooftops thanks to an ongoing commitment to going green. But the rapid development of the technology that assists solar has enabled breweries to rely on that energy source more than ever before.

In both Newcastle and Erina, FogHorn Brewhouse operates sites that have relied heavily on solar power since they opened. FogHorn’s co-founder and head brewer Shawn Sherlock says, while the plan for the brewery was always to invest in renewable energy, the state of their Newcastle warehouse helped spur them on.

“It was like something out of an Eastern European country from just after the wall came down,” Shawn says. “There was this dodgy cable coming into one side of the building and you could hardly run a light, let alone do what we needed it to do.”

Currently, FogHorn produces more power each month than the brewery needs, but without sun at night, energy from the grid is still a necessity. While including batteries on site has been on the agenda since opening, more recently, it’s become a serious option for the brewery.

“The advice we took at the time was that the technology was almost there but that it was expensive and unreliable, so we chose not to go with the batteries,” Shawn says.

“But just on three years down the track, if the business keeps cracking the way it is, and we’re able to organically fund it, then that’s definitely the way we’ll go.”

For Shawn, the use of solar power fits with FogHorn’s mantra of being part of the community and having as small an environmental footprint as possible.

“I think more and more people are taking that view, and it's helping them avoid some of those ever-increasing energy costs," he says. "Having solar is becoming a very attractive thing but it’s still about whether you have all that money at start-up.”

Having worked with 30 breweries over the best part of a decade, Warren is also seeing how owners are becoming more willing to commit.

“Brewing has a really unique point of view. Our experience is that most brewers are very conscious of the environment and are more motivated than others to invest in non-traditional energy supplies,” he says, adding the biggest hurdle for going off the grid is no longer the technology.

“I would say now the barrier for using renewable energy supply for businesses like craft brewers is in the minds of the customer rather than the technology.”

This is part of an ongoing series looking at sustainable practices in brewing. You can read the first here.