Tony Dichiera launched his brewing company, The Suburban Brew, in 2017 after he arrived back home from a stint working as a chartered accountant – and helping out at a small real ale brewery – in London. Although he returned to the same suburb he'd lived in before he left, things seemed a little different. So, friendly chap that he is, Tony started offering up some of his homebrew to his neighbours, just to get to know them a little.

Thus his slogan was born: "Love thy neighbour, love their beer."

Soon after, he took the plunge and launched his label, brewing initially through the local TAFE brewery. Three beers appeared in Suburban's first year: a black IPA, an ESB and a tropical pale ale that was given an honourable mention in the Best New SA Beers of 2017.

Tony’s homebrew setup helps him decide what new beers he will launch commercially and gives him an opportunity to experiment a little on beers such as his Earl Grey Tea IPA. His labels take on a similar suburban appearance, complete with street number plastered on the front.

He Suburban Brew is all about sense of community, having laugh with your mates and a great beer in hand.

I’m currently gypsy brewing, so scooting around town using up the spare capacity wherever possible. Our first batches were brewed at Regency TAFE under the great watchful guidance of Stephen Nelsen and I’m currently working on scheduling more brew days elsewhere as we speak.

Purely for the fun of being able to create a beer that people enjoy and want to share with others.

I’m actually a chartered accountant by trade, so brewing gives me that chance to be creative and make something tangible that puts a smile on people's faces. Don’t get me wrong, accounting is fun… but brewing is muuuuuch better!

Moving back to Adelaide from London and landing right back into a suburb we’d lived in before, we realised that everything was very familiar but we actually felt like strangers. So we thought about ways to get out and about to meet our new neighbours and one way we did that was to knock on doors and share some of my homebrew.

The Suburban Brew pretty much grew from there and also inspired our tagline – Love thy neighbour, love their beer.

I grew up in a pub, so that probably has a bit to do with it. But, really, it was probably heading across to Perth to catch up with my Brother in 2007 and spending awesome afternoons at Mash and Feral in the Swan Valley and Little Creatures in Freo.

Becoming a brewer didn’t strike me as something I could do until I landed in London a few years later. I started looking for ways to get involved in the craft beer scene there and was fortunate enough to lend a hand at small real ale brewery in South London, mostly helping out from a business perspective, but also getting to muck out the mash tun, fill and prime casks and make sales calls. Getting that chance to just hang out and learn from the brewer inspired me to think that this is something that I could actually get in to.

Since then, I haven’t looked back and been brewing and learning as much as I can.

Rogue – Voodoo Doughnut Pretzel Raspberry & Chocolate. Not because it's my most favourite beer, but because of the memory it brings back every time I think of it.

I first tried it during a great night with a few of my close mates at The Wheaty and it was put in front of us when we asked for a recommendation on something a little different. Out came the Voodoo along with a pack of choc M&Ms to match – and bang, it had us hooked!

The Black Keys – A bit bluesy, a bit rock 'n' roll and little rough around the edges, but still keeps your toe tapping every time.

Have its own little patch (or, maybe two) in the suburbs, churning out cracking beers with streams of people flowing in and out of the tap room with smiles on their faces and six-packs in their hands.

Only in good independent bottlos, pubs and restaurants in SA right now. But follow us on Facebook and Instagram to check out where we’ll be next.

You can check out past Who Brews...? features by heading here. 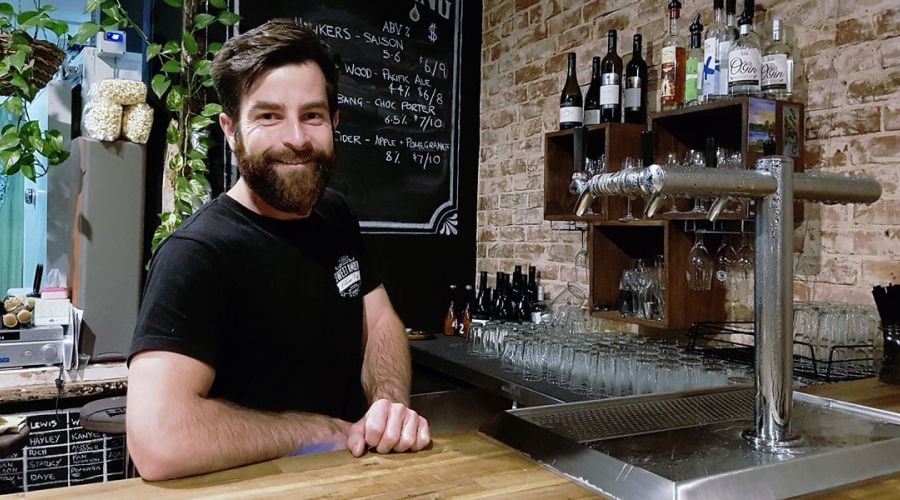 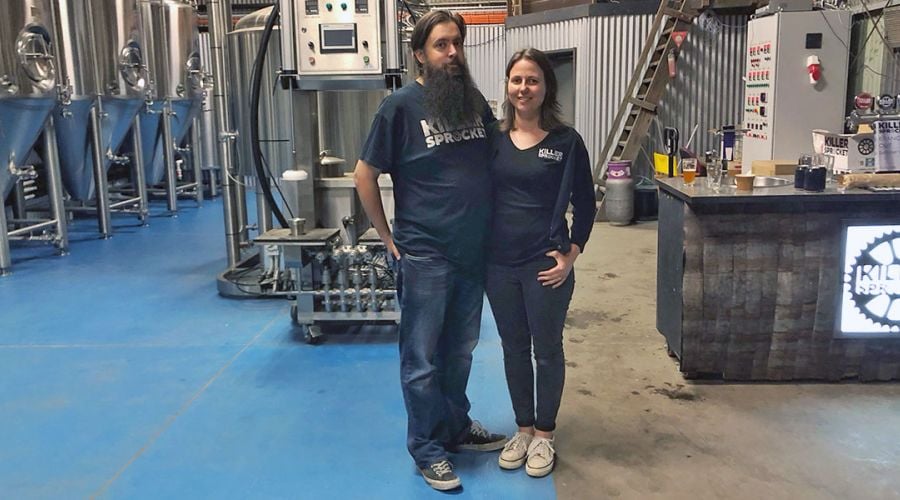