Here at Crafty, we’d like to think beer was the winner from the first ever Good Beer Week in Melbourne. But as the brewers got to win stuff, it was only fair to give you guys the chance to pick up prizes as well. The Crafty Crawl was a little bit of fun designed to help more venues get involved in Good Beer Week and to reward those punters who got fully into the spirit of the event.

In the end, more than 30 individuals and teams set about documenting their attendance at events and participating venues. And from day one the spirit was encapsulated by the team of pirates behind the From Beer To Eternity blog. Going by the monikers Long John Pilsner, Captain Blackbeer and Vlad the ImPaleAle, they pillaged their way through Good Beer Week with many a “Yaaaarrrrrgggghh!”, capturing other Crawlers – and Ol' Crafty at one point – on their way. They even inspired the appearance of a female pirate on the Crawl.

They weren’t the only ones setting a rare pace, however. Operating solo, Matt Michalowski got off to a flyer, racing around inner Melbourne’s venues. Likewise Josie Barker, assisted latterly – and very ably – by Ali Millhouse, came blasting out of the blocks and never let up, hitting the afterburners late in the week to hint at an all-female victory. Then there was Team Davidson, who had the advantage of James' attendance at some of the industry-only events to aid their cause. And what about Vic Beer O'Clock, whose VB emblazoned baggy green has graced bars at all points north, south, east and west? Or Adrian Pua, who arrived from Sydney possessed with a zeal to make all others quiver, determined to take first prize interstate? We might have expected more from Chris McBeer, who named himself Project 100 for the week, as he attempted to sample 100 different beers in one week (note – “sample”, not drink 100 big ones). Sadly, the need to update Untappd constantly hampered his cause. 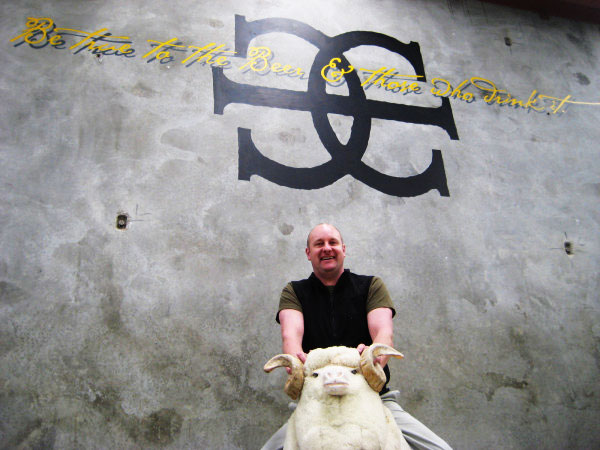 So, when it was all done and dusted, who came out on top? Well, perhaps fittingly given the way they set the tone, Team Pirate won out with 30 events or venues visited. In second, with 27, was Josie Barker. And in third was Matt Michalowski with 21. They pick up the three top prizes listed here, while we’re also going to lump together some of the remaining prizes as a special award for Adrian Pua, who came fourth despite flying in from Sydney, not being in Melbourne all week and having a cold when he landed. Congratulations to one and all.

We also ran the Kooinda Triangle, which required participants to pick up a Kooinda beer at Deco, Speakeasy Cellars and Penny Blue throughout the week. While some managed to hit up one or two, only three people managed all three – the pirates, Josie and her partner-in-crime Ali Millhouse. We asked the Kooinda boys to pick a winner at random and the girls landed the prize: a keg of Kooi beer and their pop-up bar delivered to their house by the brewers. Perhaps they’d like to invite their fellow competitors along to share in it too?

That leaves the funniest / most creative photo comp too. Given the efforts that people have gone to, we’ve decided to offer up five prizes here. The BrewDog pack from Chapel St Cellars remains the biggy so what we’ve done is create a Facebook album of the top 16 – featuring no more than one from each entrant – and you have until midnight on Thursday to vote for your favourites by liking those that tickle your fancy. The most popular five win something, with Rob and Jo at Chapel St Cellars picking the winner from those five.

We’ve also passed on what we regard as the weirdest ones to Moon Dog for them to select the recipient of the “piece of metalwork” and will see what’s left in the pool for a random draw for anyone who missed out. Thanks to everyone who took part. Hope it added something to Good Beer Week. See you again next year!