As his friend and brewing mentor Brendan Varis walked off stage clutching Feral’s third straight Champion Ale trophy at the 2011 Australian International Beer Awards, Jeremy Good heard the presenter announce there was only one nominee for Champion Lager.

“I switched off and started looking at the menu to see what was going to go into my stomach next,” he says. “Then they opened the envelope and the word Cowaramup came up and you could have knocked me down with a feather. I had goosebumps. To get a gold medal and Champion Lager alongside it was quite numbing – it still is.”

Now back brewing at his tiny Cowaramup Brewery in the Margaret River region of WA – where the same batch of trophy-winning Pilsener is still on tap but being drained fast – he says the achievement is still to sink in. It’s less than five years since he and wife Clare opened their doors on her parents' land in the small community of Cowaramup where, other than a couple of taps in local venues, they still sell all of their beer over the bar. What’s more, as a Brit who came to Australia on a working holiday in 1982 and never left, Jeremy’s passion is for ales, with the Pilsener originally only created to satisfy the local thirst for lager. 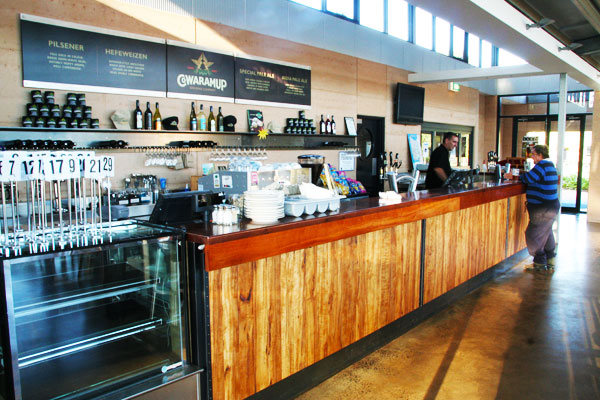 Jeremy at the brewery bar

“It’s kind of ironic,” he says. “Of the five beers I make year round, the Special Pale and English IPA are my two beers, but they didn’t even get medals.”

He wasn’t the only one taking pride in the trophy win. Prior to opening Cowaramup, Jeremy was a “crazy homebrewer” working in IT who started helping out at Feral on weekends. Recognising a shared passion for beer, Feral brewer Brendan took him under his wing, even creating Australia’s first commercial collaborative brew with him in 2009. At the Awards Dinner, Brendan was making his way back from the stage with the Hop Hog’s latest trophy when the Champion Lager was announced. He stopped dead in his tracks, turned to the stage, his jaw dropping in shock and his arms punching the air in triumph.

“Brendan said to me the next day at the Exhibitor Tasting that he was more excited for me than for himself,” says Jeremy, whose regulars have also been quick to show their appreciation. “The reaction’s been great. We’re getting into a quiet time of year, but the weekend was busy with people coming out and a lot of Pilsener sold.”

He’s since been contacted by beer bars in Melbourne and Sydney desperate to get hold of his beers so is faced with the pleasant dilemma of working out how to send his beers outside the local region for the first time. Thankfully, plans to add an extra tank to the brewery were already in place – as well as plans to install a counter-pressure system to fill growlers so punters can take his beer home.

“It’s been an amazing journey – the whole four-and-a-half years,” he says. “I love being part of the of the craft brewing industry, particularly seeing what’s going on over in Victoria. If the next four-and-a-half years are anything like the last few I’m really looking forward to it.”

The story of the 2011 Champion Lager

“When we started out we thought we should do a lager as that’s what Australian’s traditionally drink. Then we thought: ‘We’re going to be a craft brewer so it has to be a pilsner as that’s the king of lagers.’ Then we decided to go down the German path. We’ve played around with it over the past four-and-a-half years, but it’s changed the least of all our five beers. 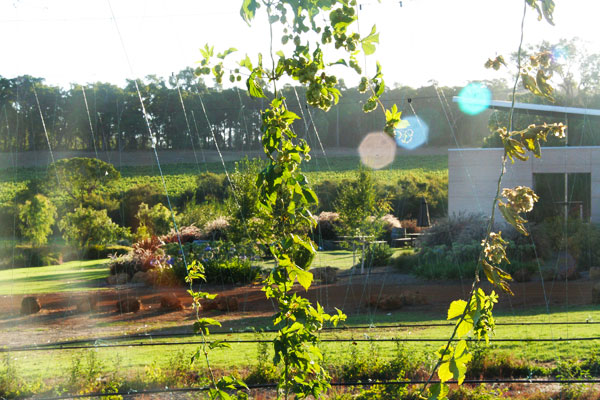 “Lager is a beer that you have to be very patient with. You can’t rush it through. We use good quality hops [Perle and Tettnanger] and good 100% Australian barley.

“In the very first year we got a silver for it and Brendan was pretty happy with that first one we put out.

“It’s usually won medals since then and then this year… I was damn pleased with that batch when it came out.”