Beer festivals have become such a part of Australia's craft beer scene they now take place whatever the time of year and come in so many different formats. From one-day events in the height of summer that see beer fans pack into regional cities, to week-long extravaganzas that attract international guests, beer festivals have increasingly diversified in recent years.

Add in those dedicated to music, food, art and anything else involving fun and there's a good chance there'll be good beer involved somewhere. It's a healthy state of affairs for anyone wanting to explore the diversity of the local (and international) beer world. And, to make exploration easier, we've gathered the country's major festivals and beer weeks in one place.

NB: The festivals listed here are generally large or multi-day events. For hundreds of smaller events, see The Crafty Pint’s Events Diary for Australia’s most comprehensive calendar of craft beer events. If there’s a festival or event you think is missing – or if you’re planning one – let us know.

NB II: To be in with a chance of winning free tickets, VIP packs, beer, merch & more at some of the country’s leading beer festivals, why not join the Crafty Cabal and become a supporter of The Crafty Pint?

Australia's longest-running beer week has moved from late spring to the middle of winter for 2019. What hasn't changed is the week-long festival's celebration of the state's beer scene that sees events pop up in beer venues and breweries across Perth and the wider region. This year's festival will also include the inaugural WA Brewers Conference.

One of Western Australia's largest celebrations of good beer, Perth Craft Beer Festival, is back for 2019. Taking place at Northbridge's Ice Cream Factory, the festival lineup will feature more than 55 craft breweries and cideries with more than 350 beers on offer.

Bendigo On The Hop (VIC)

Bendigo On The Hop is the unique walking festival that takes over venues across Bendigo every August. All the breweries featured on the day will be Australian and independent and it will definitely sell out early (last year, all tickets were gone with seven weeks left).

Why shouldn't our favourite hoppy beverage be used to help save our hoppy friends?

On the weekend of November 2-3, Healesville Sanctuary is hosting Hop Fest, a beer, cider and food event with all proceeds helping to save the brush-tailed rock-wallaby from extinction. It's a chance to celebrate the Yarra Valley’s craft brewers and small batch cider makers within the beautiful grounds of the sanctuary.

The BeerFest team is running no less than seven festivals across Australia in 2019/20, a schedule that includes the Fremantle BeerFestl a highlight of the WA beer calendar.

Now into its seventh year, the festival returns to the harbour city's Esplanade over three days in November, bringing together scores of Aussie brewers, a musical lineup headlined by Art vs Science – who brewed a BeerFest beer with Burnley Brewing – and Drapht, plus all manner of entertainment and activities for all ages.

For the fifth year running, Brewfest is here to bring the golden liquid to the home of the Golden Guitar.

Breweries from all around the country will be showcasing their wares, giving festival goers the chance to sample a range of beer styles and flavours in one beautiful place. View the list of attendees below.

After a year's hiatus, the beer lovers of Port Macquarie have another beer festival to look forward to.

The Port Macquarie Beer & Cider Festival lands on November 16, 2019, set against a backdrop of the Hastings River, and showcasing a diverse range of brews from across the country.

The second city to enjoy BeerFest's busy schedule for 2019/20 is Sydney.

BeerFest Sydney takes place over two days in Centennial Park, where attendees will be able to sample from hundreds of craft beers, ciders, cocktails and wines from 60 producers, plus street food and entertainment headlined by Art vs Science.

The BeerFest team is running no less than seven festivals across Australia in 2019/20, and Launceston is the place where it all started for founders Stacy File and James Harding.

Their first BeerFest was the 2011 Esk BeerFest, and they return to the city for a ninth time to see in the new year.

Join them in Royal Park on New Year's Eve for a celebration featuring more than 200 craft beers, ciders, cocktails and wines, plus street food and entertainment headlined by Art vs Science, who've made a special beer for the festival with Burnley Brewing.

This page is updated regularly. If your festival isn't listed, please contact events@craftypint.com. If you'd like to chat with us about promoting it to a wider audience, then drop us a line here. 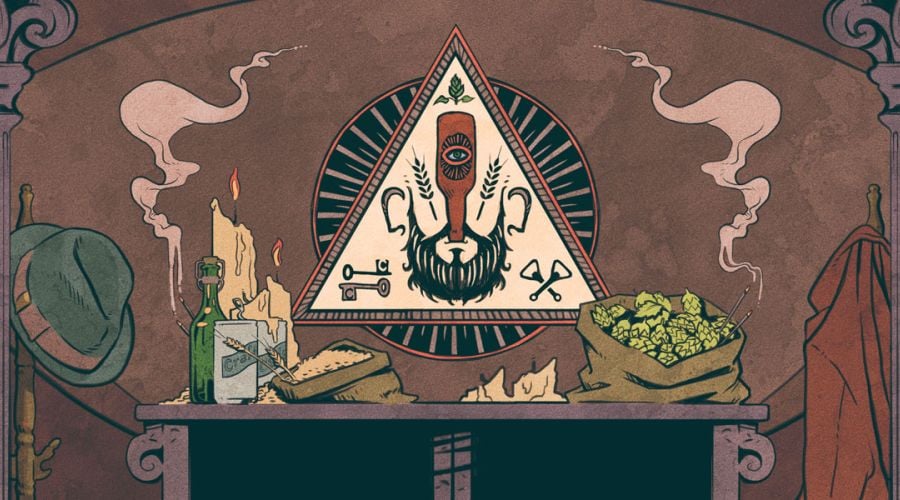