Our Man In: Belgium Pt 2

Wasting no time at all on his trip through Belgium, Boatrocker Brewing founder Matt Houghton continues to delve into the country’s beer history. So we’ll waste no time either and let him tell you that he’s discovered…

Where have you been?
Poperinge, Westvleteren, Oostvleteren, Dottignies, Watou, Esen, and Ypres.

Which breweries (or notable bars) have you been to?
After Bruges, we drove back to the hop growing area of Belgium, Poperinge. As we drove in, nearly every square centimetre of land is used for agriculture, mostly crops (wheat, barley), but breaking the horizon were the famous hop gardens of Poperinge. This reminds you of what Belgium is really famous for. Forget the chocolate, itÊ¼s the beer!

Departing from our base camp of Poperinge, we headed north to Westvleteren, home of the famous, and semi-commercial Westvleteren Trappist ales. The monks lead a quiet life, maintaining a vow of silence (not strict, but muted), and keep to themselves hidden behind big walls. Buying their beer in a take home format is next to impossible, as they open their phone lines for a few hours, only a few days before making the beer available to the public. Needless to say, having your call answered is like winning the lottery.

The next best thing is to drink in. There is a bar in the shadow of the Abbey (âIn De Vredeâ), which serves all three Westvleteren beers (Blond, 8, & 12), and all at fantastic prices (~$5 AUD for the 12!). Sitting in the beer garden sipping on a 12 was almost enough to make me kneel down and pray. Such complexity from one beer… incredible. If only I could have one that was aged… 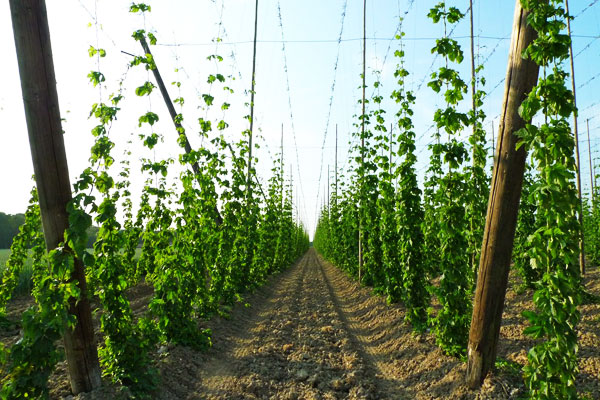 We headed next to Dottignies, home of De Ranke (which means the rows of hop vines), to meet up with Nino Bacelle, founder and co-owner of De Ranke, one of the relatively new breeds of Belgian microbrewer (they started contract brewing at Deca in 1994), with arguably some of the ï¬nest Belgian ales going around.

Nino thankfully provided us with a tour of the purpose built brewery, talking through the creation and design of their new brewery. It is direct ï¬red, gravity fed, and all stainless steel. Fascinating to see such a set-up purpose built, when most new breweries are made far more modernised.

De Ranke prefer to use only ï¬ower hops, perhaps supplementing 10% of the hop bill with pellets when the ï¬ower hops have nearly all run out. Nearly 85% of De RankeÊ¼s beer is for export (something that would become a familiar theme as we met with BelgiumÊ¼s small brewers).

We then proceeded to sample each of De RankeÊ¼s beers, with a great discussion about each beer, their history, and the future of Belgian brewing. He was optimistic, but hesitant. The big brewers, as well as the big âFamily Ownedâ breweries (eg. Duvel-Moortgat) are buying anything that walks… That increases their range, as well as reduces opposition… A good argument for promoting independence! I asked him whether Belgian beer had become sweeter (something that I had noticed, but wasnÊ¼t sure if that was my palate changing, or the beer). Nino explained that beers had become sweeter, both through the addition of sugar, as well as the reduction in hop additions.

I asked Nino why so much of their beer was exported. He explained that nearly all the pubs are owned by bigger breweries (De Koninck & Van Eecke own almost 90 pubs each, and who know knows how many are owned by InBev?). And none of these privately owned pubs will allow new micro beers in. Their only hope is independently owned bars and restaurants who appreciate their beers (much like Australia!), or, like Struise and others, to export. I couldnÊ¼t help but draw a similarity between Belgian & NZ brewers: a small population, with limited opportunity except outside their homeland. Export makes so much sense, but only if the beers are truly exceptional and unique… 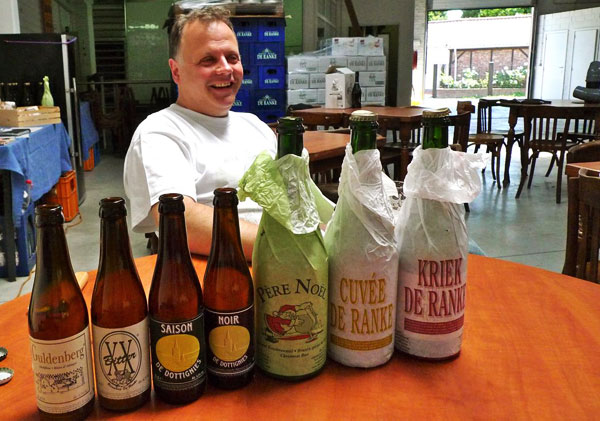 After De Ranke, we headed north again, this time to Oostvleteren, and De Struise. Carlo Grootaert met us at the door, beaming, and warmly welcomed us into his classroom (De Struise is based in an old school building). We were poured a number of drinks, but the ones he is most famous for (Pannepot & Black Albert) were out of season…

Luckily, he had a Pannepeut (made for the Danish market), and I managed to buy a couple of Pannepots at our hotel in Poperinge. Again, De Struise export nearly 85% of their beer and have great difï¬culty getting recognition in their homeland. CarloÊ¼s reasons were basically the same as what Nino had explained earlier that day.

De Struise have a range of approximately 25 different beers, ranging from incredibly hoppy through to delicately spiced, and from sour to sweet. Quite impressive, and currently all contract brewed at Deca. They are in the process of making a small plant (~10HL), direct ï¬red, and all stainless steel, with an old milk vat as a mash/lauter tun. I asked whether he plans on exporting to Australia, but the cost of refrigerated shipping is a big turnoff… Hopefully the Aussie dollar keeps going from strength to strength… Plus, they need to make more beer!

The following day, we headed to the small town of Esen, home of one of the pioneers of microbrewing in Belgium, De Dolle Brouwers (The Mad Brewers). We (well, me as my wife is pregnant) proceeded to try their range of beers, sitting out in their beer garden, enjoying the Belgian sun, contemplating the Belgian beer scene. Even for De Dolle who have been around since 1980, itÊ¼s hard yards to get recognition in a very saturated market. There is no small brewers association, only small help in terms of tax relief, âFamilyâ brewers who are aggressive business wise, big brewers who want to take over the world, and then the Cistercians who only brew enough per year to maintain their charitable deeds, and keep themselves in good order.

After downing the last drop of Ara Bier, we then headed off to a place I had long dreamt of. My last vision of tÊ¼Hommelhof, was of Michael Jackson with a dozen or so brewers having a meal made with and served with beer. The restaurant is situated in the small town of Watou, only five minutes drive from Poperinge. The restaurant was everything I had imagined it would be, and more. Looking at the menus (beer and food), it was a fantastic selection of Belgian & Flemish specialities. It is not so much a beer restaurant, but one that treats both beer and wine with equal devotion and respect. My dishes consisted of veal carpaccio with Watou Wit, pigeon cooked in St. Bernardus Tripel, and ï¬nished off with a kriek bavarois. Simply fantastic, and lived up to my expectations and then some!

The following morning we went and paid our respects in Ypres, for all the poor souls who made the ultimate sacriï¬ce. A sobering reminder before we were to leave Flanders, and drive down to the south of Belgium (Wallonia). 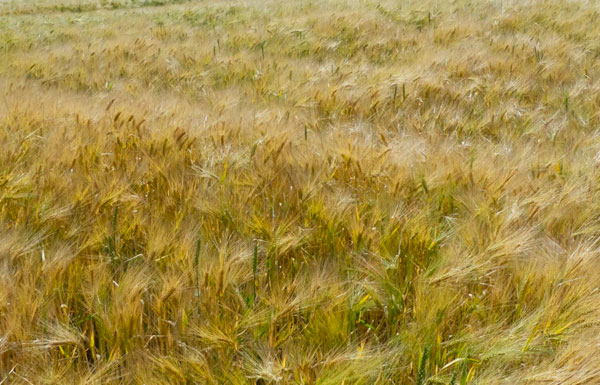 What has stood out?
The amazing countryside of Flanders, the hoppy beers, the struggle of microbrewers, the lack of understanding about microbrewers from the general population, the food at tÊ¼Hommelhof, aged Kriek De Ranke, the kindness of BelgiumÊ¼s microbrewers, and the Westvleteren 12…

Have you learnt anything you’ll be bringing back to Oz with you?
The use of hop ï¬owers, particularly for dry hopping. A delicate use of spices, and donÊ¼t be too afraid to ferment at higher temps (obviously yeast speciï¬c)… Experimentation is the key… Styles are a good guideline, but explore beyond the restrictions. Belgian pilsner malt is most often the base malt, with additions of special malts for additional colour and ï¬avour. 1000L Cubes make a great aging vessel for lambic…