Congratulations, friends, we’re almost there! Ding, dong, merrily on bloody high, it’s the beginning of List Season! And here at The Crafty Pint we take lists more seriously than any other publication.

Critics' Choice Best Use Of IP Theft On A Tap Decal? Absolutely.

The top (and only) six breweries still selling beer in stubbies? What do you take us for?

Top 17 hilariously dumb marketing fails by “rebellious” canine themed breweries? Number one will not shock you.

To kick off this most hallowed period, we’ve decided to let loose with a list of the most important beers released in the 2018 calendar year. These aren’t necessarily the best tasting, BJCP style compliant, or most popular beers – these are the beers that have defined the Australian beer industry over the past 12 months.

To compile this list, we sent the call out to more than 40 of Australia’s most experienced and respected brewers, bar managers and beer writers. And also to a dozen abominable duds because they’d probably get the shits if they found out we didn’t ask them.

So, in no particular order, here are the industry defining beers of 2018.

Exploding into grocery store-affiliated bottleshops nationwide in August was the logical conclusion to the hazy juice trend. Thanks to prominent marketing, a lower price point and Approachable Sessionability®, Death Knell NEIPA released a wave of first time posters into craft beer Facebook groups around the country. The sudden influx of grainy, low light photos in dirty glassware with “Does what it says on the tin!” captions led to a sharp decline in Likes and NEIPA sales in all major Australian cities.

Moderator of the Beer Crew Barons Facebook group Johnno Reynolds said: “Dad sent me a photo of him necking Death Knell out of the bottle. I mean, I used to exclusively drink Jedi Juice and Jiffy Squid but I don’t know anymore. They all seem a little ‘gateway’ to me now, I prefer something with a bit of oomph.”

The plummeting NEIPA sales have caused havoc for independent breweries, most of whom already had another four hazy-juice bombs lined up as their 2019 seasonals.

One anonymous brewer told us from his Mona Vale home: “What are we going to do with all these bags of flour? I tried turning the brewery into a winter wonderland but the flour-snow seems to have started fermenting.

"You don't want to buy some sourdough, do you?"

It was a fateful trip into the city for Good Beer Week, however, that inspired head brewer Warren Stool to try his hand at something a bit different.

“I thought I’d lob into town and see what everyone else was doing these days, you know?" he told The Crafty Pint. "Seemed like every event was just people flogging off infected beer and calling it wild or spontaneous.”

On seeing the prices being charged and the groans of pleasure being emitted by the patrons, Warren thought he’d best get in on the action.

“If blokes with names like Costa and Topher can brew this shit, why can’t I?"

Ninety litres of pale ale wort was decanted into one of the barrels used to hold an umbrella in the carpark of the Altona Brewing Co on weekends, then was left to do its thing for three months. The results of Warren’s little experiment speak for themselves. That’s How It’s Supposed to Taste is simultaneously tart enough to dissolve dental enamel and funky enough to the point of inducing involuntary digestive spasms.

While the locals haven’t quite jumped on the mixed ferment bandwagon just yet, there’s plenty of others willing to make the trip out.

Untappd connoisseur Kayde Fletcher went so far as to call it the best beer he’d had all week.

“The deep cloudy brown colour really contrasts with the greenish sheen that collects on the surface of the beer. The aroma and flavour are reminiscent of the nearby petrochemical complex. Three stars.”

In March 2018, Nil-hop IPAs didn’t even exist. By June, literally every Australian brewery had released their own version within a four-day window. But first in, best dressed, was the Meta Brewing Collective.

Head brewer at Meta, Cynthia Killgore, was having lunch at a brewery while on holiday in Oakland, California, when the style was tapped for the very first time.

“I’d just eaten an entire brisket cocooned in American cheese when the Nil-hop was released. I hadn’t even finished swallowing the first sip before I’d emailed the team with a recipe.”

What sets the Nil-hop apart from the now very crowded IPA variant sector is just how inefficiently hops are used in the brewing process.

Former brewer turned brewing educator Ben “Jacko” Jackson explains: “It seems quaint now, but traditional IPAs used hops for bittering at the start of the boil, some more with about ten minutes to go, a final hop charge at flameout then some pretty hefty dry hopping at the end of fermentation.

"The Nil-hop style is utterly revolutionary because hops don’t touch the beer until it’s being piped into the canning machine and, hooley dooley, do you need a lot of bloody hops to impart some flavour into cold, finished beer.”

Cynthia adds: “A batch of our IPA would use about 80kgs of hops; for No Hoppity we had to buy around eight hectares of hop bines from Hop Products Australia and have them cold freighted here to the brewery.

"The amount of beer and hops that we wasted needlessly is staggering. I’m very proud.”

Jacko adds: “The finished beer is sublime. The bitterness is non-existent and the hop aromas are intoxicating. You can almost taste the tears of homebrewers who’ll never see another pellet of Vic Secret again. I think we’ve discovered a new paradigm of brewing here.”

Probably the most ambitious collaboration in human history was the July release of this decade’s most anticipated beer (according to the bafflingly inaccurate press release).

Putting aside a century of cut-throat competition, Australia’s two brewing heavyweights decided to throw down their weapons, rise from the trenches and engage in some heavy petting in no man’s land.

Head of PR for the new joint venture, Jai Hardcastle, sent a drone laden with branded fishing lures, Akubras, a large ball of yarn and a sheet of answers to our questions.

Jai was coy on the rumours this beer was just Iron Jack and Frothy mixed together.

“No way, it’s a yarn as old as time. In fact, at the launch party we had NRL great Steven 'Meatplow' Murphy, cricketing legend Phil 'The Rod' Grezshnaw and the disembodied spirits of Malcolm Douglas and Steve Irwin spinning yarns and sinking piss on stage around a fake campfire.

"These are great Australian men of integrity, who love a good yarn. They wouldn’t be Outback Frosty Ambassadors if they didn’t believe in the quality of the product and what a six-part fishing and camping TV show could do for their flagging careers and crippling child support obligations.”

The beer, which is being heavily marketed to men born before 1910 or those who wish they were, is the perfect accompaniment for lads just having a yarn whether it be in the bright lights of Yatala or the dusty red plains of Geelong.

About the author: Judd Owen is a two-time game show winner, homebrewing tragic and the only person to have successfully mentioned the Oriental Rat Flea in an article about craft beer. You can find him on Instagram and Twitter. 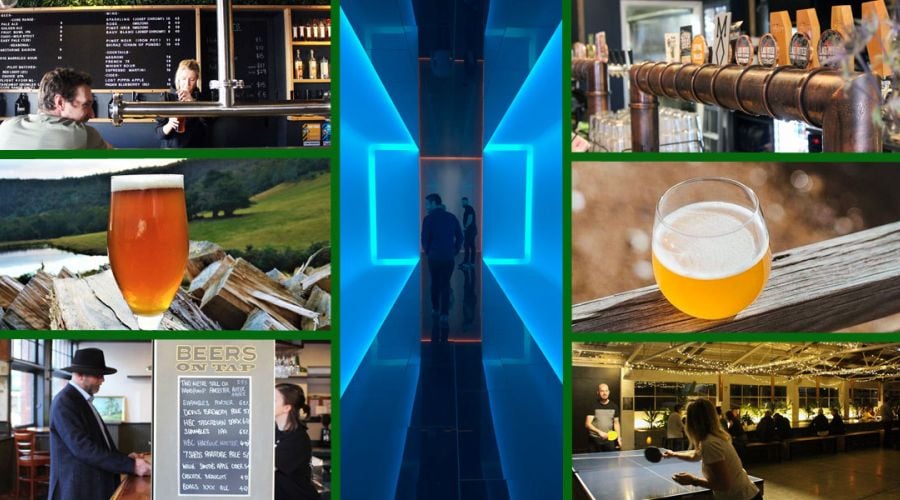