Phew! What a year! If your head is spinning, don't worry as you're not alone. It seems likely 2018 will be remembered as the year that WA beer arrived in a big way. Yes, there’s plenty more to come, but already there are telling signs the market is changing – and rapidly.

It’s been a year in which Hop Hog turned ten, Nail’s VPA won a Silver Medal at the World Beer Cup, the affable crew from Albany's Wilson Brewing collected People's Choice awards wherever they set up stall, more brewpubs opened around Perth and Beerland won Champion Australian Beer at the Australian International Beer Awards for its line and length Wheat even as many of the brewers below continued to eschew style guidelines altogether.

Indeed, looking at the list, the sheer diversity is worthy of note and acts as a snapshot of the swift development of the West Australian beer industry over the past three years. Casting an eye back to 2015, Eagle Bay’s Steam Ale made the Top Ten and, while a great beer, it seems that in 2018 even stylistically good beers struggle to garner solid recognition under the speed of change and the weight of hype. To be clear, this isn’t negative commentary but more a reflection on the state of WA beer drinking, one that’s driven as much by consumers as breweries.

It’s an important point. Whether informed or not, in 2018, the consumer voice got louder, particularly in terms of hype-chasing and dissatisfaction, the latter of which it seems can only be ignored for so long. The "find it, snap it, post it and then drink it" behaviour is only growing in momentum; add in the increasing use of beer memes and WA consumer beer culture is coalescing into a market force that can no longer be ignored as saturation increases. If this was to inform a prophecy for 2019, it would be that average isn’t good enough and less than that will be called out.

In another backwards glance, two years ago we noted in this wrap up that some of the state’s finest beers were draught only and offered encouragement for West Australians to get out of the house to find them; 2018 looks to be the year that levee broke. Despite a challenging hospitality environment, there seems to have been little effect on quality beer venues. There were more events, venue collaborations – something of a West Australian hallmark – and WA Beer Week proved to be the most successful in its 17 year history.

That said, the growth in packaged beers, cans in particular, has been astronomical and is reflected in this year’s list. Similarly, the carnival of single batch releases, in increasingly expansive scope, has created a short list that moved towards one hundred beers for the WA contributors to choose from and, while we’re at it, why let Christmas get in the way? There were literally another ten new releases this week alone!

Finally, retro nostalgia and fruit are not going away. What may have seemed faddish in the early GABS years is now the norm, especially in single batch releases and session sours. Red creaming soda, Ribena, strawberry shortcake, citrus cheesecake… if you’ve got a childhood memory, then there’s probably a beer for you. Moreover if you’re ethically-minded, there’s probably a food rescue beer for you too. It’s also worth noting that haze is most certainly not a craze, but looks to be here to stay.

So, here we are at the pointy end, the Best New WA Beers of 2018 as voted for by twenty contributors, drawn from a broad cross-section of WA venues, retailers, media and qualified beer professionals. And what have they delivered? Well, for a start, not a top ten as planned...

"Pardon, what?" we hear you say. "Twenty people couldn’t agree on ten beers?!"

This time around, no, we couldn’t. A solid five beers and grouped sixth entry were widely agreed up without question, however the remaining four potential podium places needed to be divided between sixteen beers, all of them accruing equal votes.

What does this mean? Well, if anything it’s an accurate representation of the WA beer scene in 2018 – scores of new beers, many in ephemerally miniscule release, with a huge number finding favour with contributors and punters. So, instead of massaging the numbers, we have chosen to let them speak for themselves with some honourable mentions - rules be damned! Given the rapid release program from the Jindong brewery, we’ll also flag the non-collab Karl Requires Assistance IIPA as not only a highly nominated beer but also the winner of this year’s best new WA beer name. Good luck Karl, we hope you get all the help you need.

Despite being a draught only, single batch release from Indian Ocean way back in mid-April, Plumed Serpent Stout’s confident second placing is a testament to its lasting appeal. The multi-coffee variety and cacao-infused lactose stout delivered layers of coffee, milk and dark chocolate, marshmallow, fig, macadamia nut and vanilla on an incredibly smooth body with zero trace of booze. This serpent was worth worshipping.

Of the many Rocky Ridge collaborations this year, Rose Gose (pictured above) delivered something unique – a beer/wine hybrid with an electric pink, 80s-inspired label that captured the zeitgeist.

Working with LS Wine Merchants, who provided free run Wilyabrup cabernet juice, the gose’s final volume was more than 20 percent wine and 100 percent fun. Such was demand for the small release that Hamish Coates had to buy his own beer back from Darleen’s Small Bar as there was nothing left at the brewery.

In many ways Rose Gose is a halo for Rocky Ridge’s collaborative efforts. Both Rock Juice and Devine Goodtimes garnered strong support, however their lower overall placing may be evidence that the brewery’s prolific release program may have left the contributors a little lost amid all the choice.

For a brewery 40 kilometres from Perth, with little beer culture surrounding it and draught only sales, aside from onsite CANimals, Fruitulus Lupulus sure made an impact. Indeed, the initial weekend saw more than 200 CANimals sold – four times that of any other weekend.

Staggered releases throughout the year continued this trend as its legend grew, one contributor noting: “It’s not a beer I actually think about, I just really enjoy drinking it!"

As the creativity continues to hit new heights at the brewery, it seems remarkable that not too long ago the brewers there were focused solely on creating simple, approachable beers for the locals of Mindarie and surrounds.

The Beerfarm celebrated its third birthday with a pair of super-sized versions of core range beers. Of the duo, the Double IPL shone for the contributors, picking up the best aspects of the original modern classic and deftly magnifying them while retaining balance. It was quite a feat for the young brewery and birthday treat for WA drinkers.

Perhaps facing a similar challenge given the rate of releases from the brewery, three of the Beerfarm’s sours performed well without a clear standout – so we’ve bundled them together. Shirazzaweiss 2018, Asam Boi and The Pineapple all delivered exceptional consistency while allowing each release to express its unique potential.

It’s fair to say that if Save The Harvest Strawberry Sour had been released a month earlier it probably would have joined its siblings here.

With the clear favourites covered, we now shine a light on some of the beers and breweries that nearly made the cut in an alphabetically ordered snapshot of 2018. Keep in mind that these beers received equal but lower overall recognition from the contributors, a reflection of the vast amount choice for WA drinkers today.

Brian and Julia continue to create Belgian style beers with elegance and flair in Denmark, five hours south of Perth. Citrus Dawn Sour Saison with Lemon Myrtle was a highlight and featured as part of the Collabosaurus event at Petition Beer Corner.

Another brewery to refresh its brand in 2018, Black’s imperial Milk Stout Bad Boy Bao Bao should out from the range this year. In 2019, expect a push into large format saisons and mixed-ferment beers to create more interest for the Margaret River brewery.

This year saw the Great Southern brewery refresh its brand and, in the process, collect some design awards for doing so. Its colourful and canned reintroduction to the WA market saw Devilslide Red IPA get a nod while the Clare Valley Brewing Co Guava Berliner Weisse collab also stood out for many.

Despite producing a cracking Double IPA and a mid-year trio of imperial stouts, it was the blackberry sour Ri-Beer-Na created for GABS that made the shortlist. With a second production facility almost operational in Vasse, 2019 looks to be the year the Monkeys move well beyond the forest.

Perhaps it was coming second in this year’s GABS People’s Choice Award that kept Shooter McGavin's Breakfast IPA front of mind or it may have been the nostalgia-fuelled “grains of nutra, flakes of corn, bix of weet, bubbles of rice and bran of all”. Whatever the case, Feral's Shooter made the shortlist for the brewery; notably, a bi-annual horned beast didn't for the first time in recent memory.

The Innate team’s efforts were noted for the Lilliputian release, Watch This Space Grapefruit edition. With a newly expanded brewery, 2019 looks set to be the year more WA drinkers are found drinking Innate.

A lot has happened in a short space of time for Otherside. Their growth plans are some of the most diverse and ambitious in the state but, as for 2018, the experimental Strong Ale and Lo-Fi Citrus Wheat garnered attention. Looking forward, the bourbon and rye barrel-aged Scotch Ale released at the end of the year show substantial promise for 2019 amid a release program that will likely have heads spinning.

Thanks to all the contributors who took time to cast their votes. You can find the rest of the state and territory-based Best New Beers features here. And you can cast your votes for the beers you love the most in the GABS Hottest 100 Aussie Craft Beers of 2018 poll here. 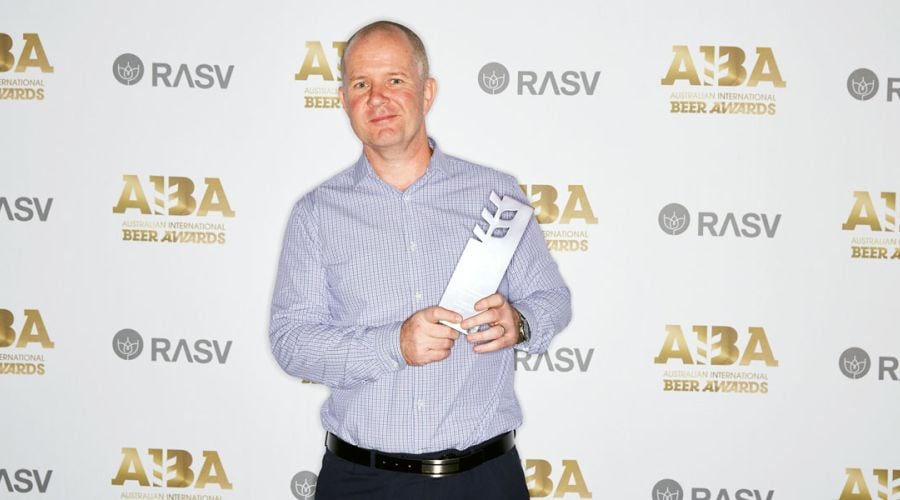