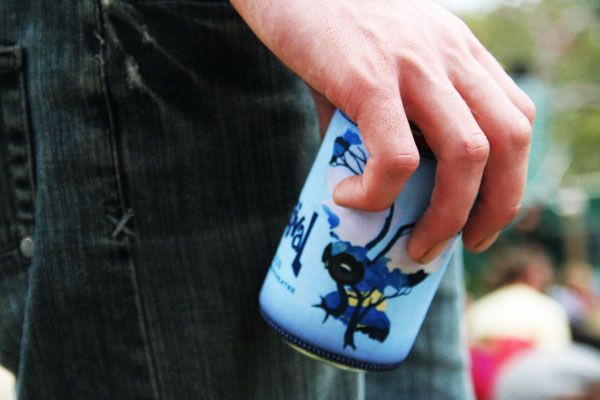 With the world’s biggest music festival drawing to a close on the other side of the world, it seems as good a time as any to report that there could be hope for Australia’s craft beer loving festival goers. The summer festival season is one of those times you realise how far the industry still has to grow. The bans on glass leave the proactive hunting around for decent canned imports and the rest figuring they’ll have to hold their noses and make do for a few days. But that could be set to change.

In recent years, a growing number of US craft beer producers have started putting their beer into cans. In recent weeks, we’ve seen BrewDog cans appear on a handful of bottleshop shelves in Australia to a positive reception, while Norrebro Bryghus beers are landing in 330ml cans at this very moment. And now Brewtique has revealed plans to import canning machines aimed at smaller breweries. The Micro-Can from Wild Goose Engineering can apparently knock out up to 40 cans in a minute and Brewtique’s Mike Spencer says they plan to introduce it to microbreweries in Australia, New Zealand and the Pacific region.

“I expect there to be a lot of interest from brewers over here,” he says. “It is not often that there is an opportunity to bring something significantly different to the microbrewing industry, but this is one of those times.”

He says around 130 US breweries are now putting beer into cans, while there was even a canned craft beer festival in Arizona earlier this year. We tasted some beers from Oskar Blues, one of the country’s canned beer pioneers, that had been brought back from the States last year and they stood up well. That the pick was an 8.7% Imperial Red Ale suggests they can handle far more than 4.5% lagers too.

Whether there will be any of your favourite homegrown beers on shelves in canned form in time for this year’s music festivals remains to be seen as it takes a few months for machines to be built and transported once orders are placed. But, following the introduction of 5l mini-kegs by Bright last year, it seems our options are set to increase.

And why not tell us who you’d most like to see stick their beer into cans?