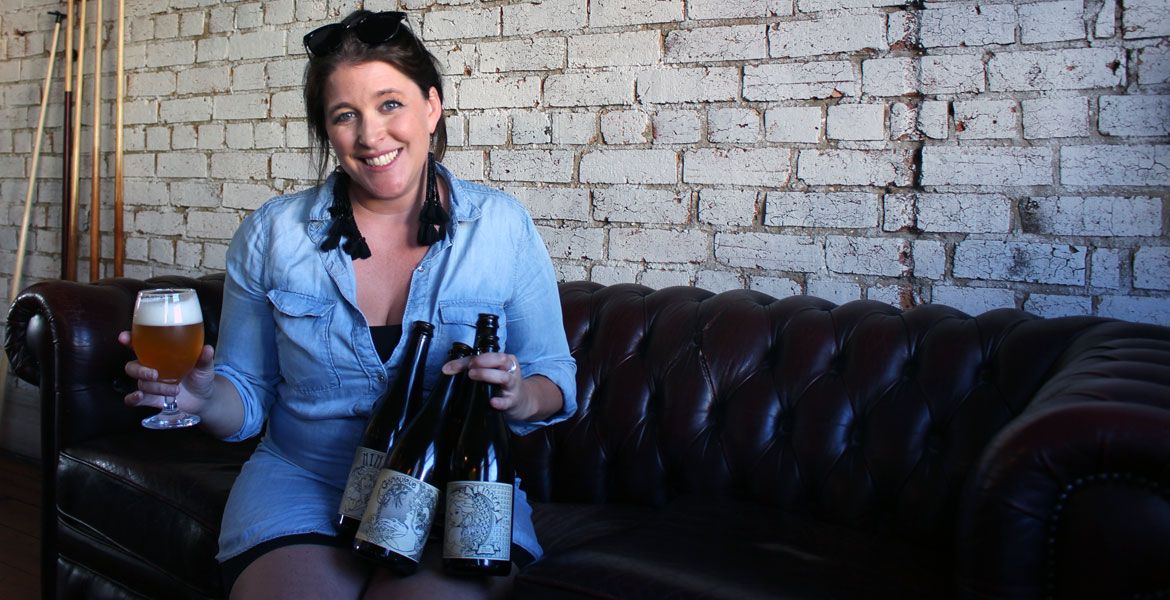 Bornholm is a tiny Danish island sitting in the Baltic Sea that's home to some 40,000 people. Despite the island's natural beauty and popularity with tourists from across Europe, it's remoteness tends to keep it at arm's length from most Aussie holidaymakers. But not all are unaware of its charms.

One Australian who's not only visited Bornholm but now lives there is Jessica Andersen, who moved to the island with her Danish husband Christian Andersen and now brews fantastically complex beers there.

A longstanding and well known figure in Denmark's craft beer scene, Christian launched Beer Here as a gypsy operation in his homeland back in 2008, though it was through Melbourne's beer community that the pair met.

It was back when Jessica was working at beer-centric Collingwood restaurant Josie Bones, alongside sister Julia Jenkins and her husband Chris Badenoch, that they met when Christian would regularly make the trek over to introduce Australians to Beer Here's delicious beers.

As well as getting hitched, the pair have been running Beer Here together, with Jessica's Penyllan venture operating in a rather different realm of the beer world. Her focus is on wood-aged beer, with three years passing from the day the first beers were laid down to their initial release. Each beer, from the blended amber ale to a Cognac and bourbon barrel-aged porter is hand-labelled, signed and numbered.

Each beer also takes the shape of a woman, often inspired by the women in Jessica's life and designed to reflect the flavours inside each bottle.

We caught up with Jessica when she was back in Australia over summer. And, with those Penyllan ladies about to make it into good bottleshops across the country, here she is to tell us more about her adventures.

How did you end up living in Bornholm?

Bornholm is a small island in the Baltic Sea, located between Sweden and Poland but still part of Denmark. My (Danish) husband Christian grew up coming to the island every year to his family's summer house for holidays.

When I first moved to Copenhagen we came over for a few holidays and fell in love with the island and a year later we just decided to move. Why not!

People always ask why and I tell them that one island to another isn't really that big a deal.

How did you come to launch Penyllan? And what’s the story behind the name?

The name means "on top of the hill" in Welsh. It's a name my family has used over several generations for different things. My family dates back to some of the first settlers in Western Australia and before that they came from Wales and long before that it was the name of the family homestead, which was on top of a hill in Wales.

When we moved to the island we started looking around at locations for a project focusing on barrel-ageing and wild mixed fermentation. The beers that we are making now are some of my favourite styles, so that was what I wanted to do. Luckily, we came across the perfect location in the little fishing village of Tejn, located on the rugged east coast of the island.

The brewery is a mere 30 metres from the Baltic Sea. We have a panoramic view from our brewery and tap room, where we follow the changing seasons, which again helps us developing beers with a sense of place that would otherwise be hard.

What type of beers are the focus at Penyllan?

Penyllan is first and foremost a barrel-ageing project, but as the most exciting and challenging beers to make are wild ales, most of what we do is mixed fermentation. We have a range of beers from golden and amber ales to imperial stouts and barley wines. Sour, sweet, alcoholic and some are fruited.

The island has a beautiful range of fruit, herbs and grains that grow here, so we love using all of the local produce whenever possible. Some of it we buy from local producers, but most is foraged in the wild by us and friends of the brewery. I believe that wild fruits and berries provide much more complexity and flavor than domesticated produce that is often mostly just sugar.

Could you tell us more about your house yeast and how you developed it?

Pretty much all of our beers also contain our wild house culture which we call The Garden Party that we created from under the apple tree in our garden. We just left out a bucket of wort under the apple tree and a few days later brought it back to the brewery and let it ferment out.

I was really unhappy with it at first, but we kept playing with it. We fermented it at different temperatures and in open barrels until we came up with a culture that we were really happy with. It is incredible what it does to beers given the adequate time.

Are there other farmhouse style breweries in parts of Europe that are exciting you? Any that Australians visiting Europe shouldn’t miss?

Hmmmmm... Well I don't want to name all of the normal Belgian ones as everyone knows all of them. One of my favourites in Denmark is is Bøgedal Bryghus. They have an incredible homestead that they brew at, and it is like a magical little world that they have created up there.

Not so much farmhouse, but Brekeriet in Sweden is doing great barrel-aged stuff.

What about the local beer scene on Bornholm? Is there much happening besides you and Beer Here?

The beer scene in Denmark is pretty amazing with around 120 craft breweries. On Bornholm we actually have four breweries for only 40,000 inhabitants. Penyllan is the medium size brewery. Svaneke is the largest and focuses on lagers. The smallest is fittingly named "Small Batch", who we actually brew for as well once in a while. The really nice thing is that we all work together and get along really well.

Which markets are you focusing on with your beers?

Our main focus is currently on the Danish market. The Danes have been very patient to wait three years for me to actually release anything. With the low quantities we started of with, we wanted to give them first shot.

We have just delivered Nina and Linnea to the only three Michelin star restaurant in Denmark called Geranium, which was exciting. Natalie, our old ale, is also heading onto the pairing menu of what is going to be the next incredible restaurant in Copenhagen called Alchemist. They have designed a whole dish around the beer, which I did a pairing session with last year.

After that, we offered the beers to Australia as I really wanted to see them there and have an excuse to come back more often for festivals or events.

We have requests from a heap of places but next they are probably heading to Sweden, Italy, Spain, USA and maybe China, which are markets we hope to expand to as soon as we have enough beer.

What changes are you noticing in the Australian beer scene each time you come home?

I have noticed that the hazy and fruit beers have gone a bit nuts. It was sometimes hard just to get a nice crisp IPA or pale ale, and stouts were a no show, but I guess dark beers don't sell well in summer time in Australia.

It is really nice seeing the huge range of beers that breweries are making and that, slowly, craft beers are creeping into restaurants and pubs that generally just had Carlton on tap.

Have you noticed much awareness of Australia’s beer scene in Europe? Has that changed at all since you’ve been away?

Sadly, you very rarely see Australian beers in Europe. I wish I saw more but I am guessing they all just sell out in Australia and it is a really long way for beer to travel.

I did see that Wildflower and Two Metre Tall are going to be at the Arrogant Sour Festival in Italy this year, which is super exciting!

You can keep track of what Jessica is brewing at Penyllan here. 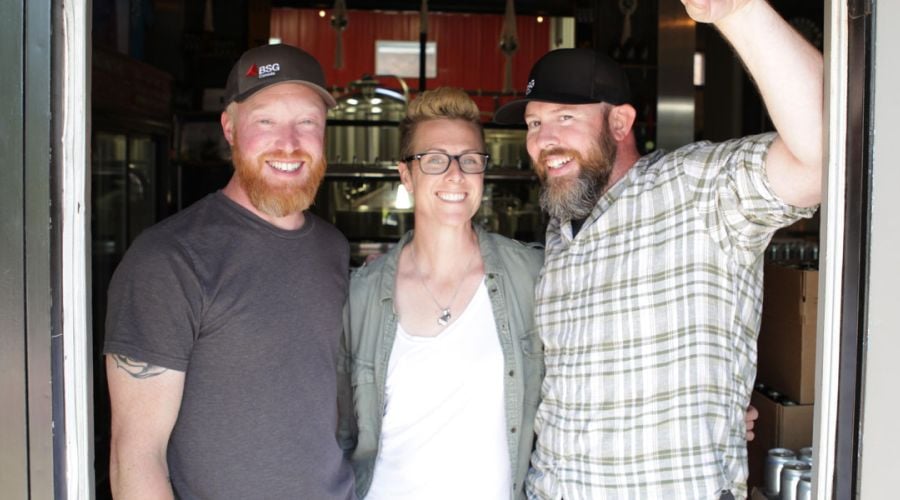 After working with many of the pioneers of Australia's craft beer scene, Dean McLeod headed to Vancouver Island with his Canadian wife. Here, he offers insight on the beer scenes in both countries. read on