At the start of the year, we brought you word of a new venture in the Gippsland region of Victoria. Back then, the doors to Bullant Brewery in Bruthen had just opened but the brewhouse wasn’t yet operational, with the taps pouring beer brewed by the owners at Hargreaves HIll alongside a handful of guest beers and cider. Now, six months on, they’ve knocked out their first few onsite brews and have secured their first taps at other venues.

Bullant founder Neil Triggs, who has been brewing with assistance from brewing consultant Andrew Larsen from Breowan Systems, says: “The first brew was the Pale Ale. As the locals hadn’t been exposed to much craft beer I wanted to ease their taste buds into the joys of craft beer. With subsequent beers I wanted to provide a broad range of styles.”

That’s seen the Mossiface Pale – named after a small settlement 5km from Bruthen that used to be a port for paddle steamers – joined on the lineup by a series of beers that take inspiration from places on the Great Alpine Road: Bark Sheds Wheat Beer; Piano Bridge Stout; Pig & Whistle Brown Ale; and Double Bridges IPA. 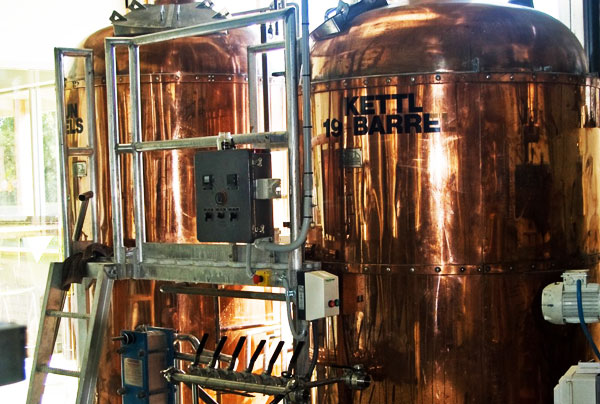 “Business is going really good, although it has quietened down now that the holiday period is over,” says Neil. “We’ve established a reputation for quality food and more importantly quality beer. Beer sales are romping along and now with some packaged products I would expect to increase production.”

They’re already packaging the Pale, Wheat and Stout into 640ml bottles while you can pick up 5l mini-kegs of the Pale and Brown Ale too. The plan now is to get those into more retail outlets and, says Neil, “get some guest brewers in to highlight their talents.”

Bullant Brewery is at 46 Main Street, Bruthen, on the Great Alpine Road about 15 minutes from Bairnsdale. Call (03) 5157 5307 or head to their website for more.