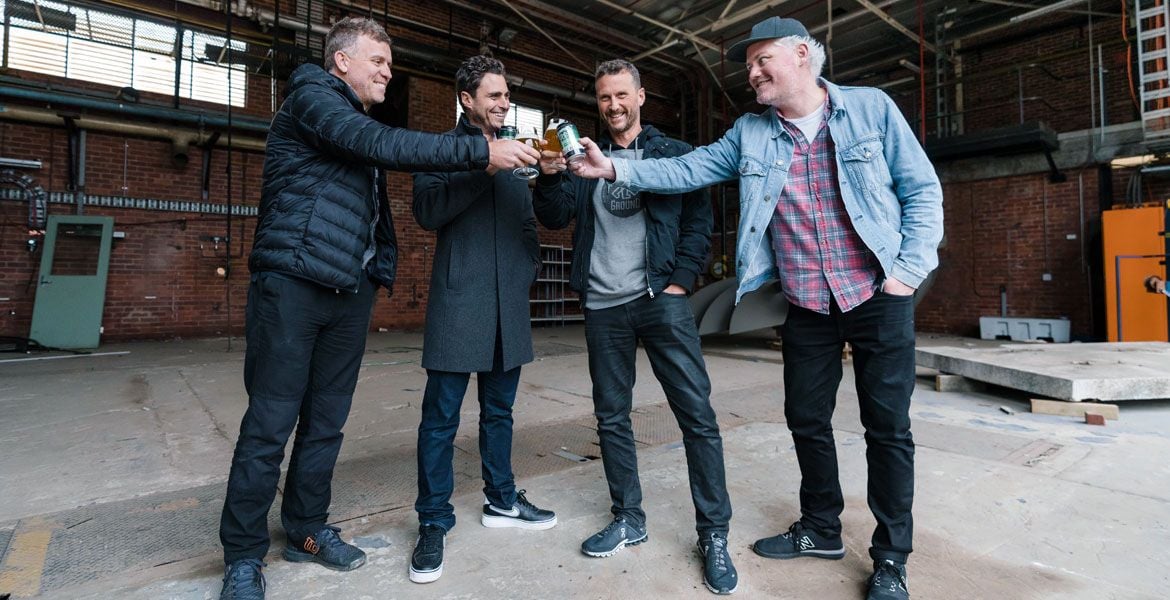 The rise of Stomping Ground continues apace with the announcement they'll be opening their second brewpub in Melbourne's South Eastern suburbs early in 2020. Work commences soon on converting a 1,000 square metre warehouse in Moorabbin into the home of a 12 hectolitre brewery, beer hall and beer garden.

Their arrival in a few months will further add to the wider area's reputation as a destination for craft beer lovers. Where once there was only 2 Brothers, now you'll find the likes of Bad Shepherd, Dainton, Boatrocker, Wolf of the Willows and Mr Banks within a few kilometres, not to mention crafty venues such as Grape & Grain and Alice Rebel's.

The Collingwood-based operation's second venue will form part of the new "Morris Moor" development in Moorabbin – the former home of the Phillip Morris manufacturing site. Stomping Ground co-founder Steve Jeffares says they were first approached by the developers close to a year ago but the space originally proposed was too small for what they wanted to do.

But, when Up Property decided they'd also develop the site's old mechanical services building, he says "we were immediately interested in that.”

The new location can support a larger venue than their HQ in Collingwood and, while those familiar with the original beer hall will recognise parts of it, the new Stomping Ground will have its own feeling.

“It’s an old building and that’s one of the reasons we were attracted to the space in the first place," Steve says. "I think for people who have being to Collingwood, when they walk into the site they’ll feel we’ve brought similar elements to the space. But we will work with what’s in the space to make it unique; it certainly want be a cookie cutter – that’s not our approach.”

He says the reason they wanted to build a second brewpub rather than a stand-alone taproom was driven by witnessing the number of people wanting the experience of drinking within a brewery at their original site. The smaller brewery system will also give their brewers more opportunity to experiment and develop more beers, with the plan being to pour beers from both breweries at each venue.

“As we focus Collingwood a little more on brewing and meeting the demand of the core beers, we want to be able to provide our brewing team the opportunity to be creative,” Steve says.

As discussed in our Winter's Still Coming article, as the beer world continues to grow and breweries keep opening, he feels having your own hospitality venue is an essential way to connect with beer drinkers.

“If you’re a brewery in this climate you need to have that sort of presence, it’s such a fantastic way for us to be able to directly connect with our customer base and the demographic we want to get on board and enjoy our products.”

He points out that developers are becoming increasingly savvy about how they partner with businesses and that new projects focused on renewing urban areas are looking to create ways to attract people into new precincts.

“I think this is a trend you are going to see more of as developers, landlords and brewers work together to deliver an experience that consumers are increasingly looking for and enjoying,” Steve says, adding that the breweries already in this part of Melbourne's have shown there's a big market for craft beer in the suburbs. Steve is among that market too as he and Stomping Ground co-founders Guy Greenstone and Justin Joiner all live in the area.

“It is a generalisation but craft beer often starts from capital cities and regional areas but I think what’s happening is what was inevitable in that it’s now permeating right through the community.”

Since opening their Collingwood home in August 2016, the Stomping Ground team have combined one of the most popular brewery venues in the country with a fast-growing production side to their business. Their beers are found widely across Australia and they have forged partnerships across a wide spectrum of society, from the Arts Centre and Melbourne City FC to Tullamarine Airport and Movember – all while continuing to run The Local Taphouse in St Kilda and the four-city GABS Festival.

The site is being redeveloped by Up Property, with managing director Adam Davidson saying their intention has been to entice future tenants who bring an element of on-site production – "coffee roasters and cafés, restaurants, florists, artisanal bakeries and more," he says – rather than straight up retail to the new development to life.

As for whether we're likely to see the brewing company break new ground in more parts of the country, Steve says they've looked at other areas of Melbourne but aren't planning to go beyond their home city. He points to the fact they sold The Local Taphouse in Sydney, due to changes in their lives.

“Over time, we started families and were less willing and able to travel up there," he says. "We passed it on to the Thorpe brothers and they’ve brought new ideas and energy to it that we still couldn’t do.”