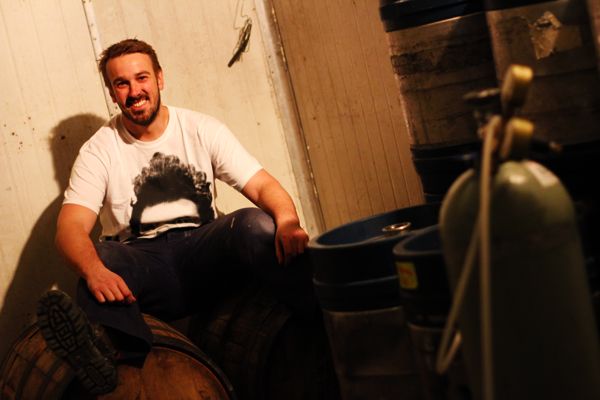 As we park up outside the brewery, it appears we’ve picked a bad time. The only brewer present is atop a ladder attempting to screw a small fitting into a beam with a drill. And he’s struggling. The screw keeps dropping to the floor. After a third failed attempt, he figures the screw could well be buggered. Given the brewhouse behind him is pretty much operational, one wonders what vital element he’s working on.

“If I can just get this final chandelier up…” he says, without a trace of irony.

And there it is, on the floor next to the cool room: a chandelier that wouldn’t be out of place in Hyacinth Bucket’s dining room. And looking back along the factory unit ceiling, two more are already in place, hanging proudly above the dust-covered bottling line, randomly hung paintings and murals. Welcome to Moon Dog.

The off the wall undertaking by brothers Josh and Jake Uljans and mate Karl van Buuren, an undertaking that has split opinion in the beer world between those who see them as equal parts brave and crazed pioneers and others who think their whole approach nonsensical and destined to fail, is ready to roll. The brewhouse has brewed its first beer (although you won’t be seeing it for another 12 months), the labels and carton artwork is pretty much complete (and looks suitably twisted) and they hope to have their first bottled beer, a 10.5% Pale Ale complete with rose and chrysanthemum water, heading out of the door by September.

“It’s likely to be the same beer that went to Penny Blue for Good Beer Week but tweaked a little,” says Josh. “The rose and chrysanthemum smells and tasted fucking great! I like producing teas from the hot liquor and this goes well with the big fruity hop flavours.”

As for the first beer to go through the brewhouse, it’s a Wild Black Ale inspired by Josh and Karl’s recent trip through the Lambic breweries of Belgium. It was brewed two Sundays ago and, in keeping with their idiosyncratic approach, they were assisted on the day by a guy who won a piece of metalwork from the brewery for taking the weirdest photo during Good Beer Week’s Crafty Crawl and had to use the pump from their pilot setup when their newly acquired $2,000 unit gave up the ghost.

Containing strains of Brettanomyces, Pediococcus and Lactobacillus – as well as a Belgian witbier yeast – the wild ale is currently making itself at home in a couple of bourbon barrels. In six months, stewed cherry plums will be added.

“I’ve always loved sour beers,” says Josh, “and would happily have this as a sour-producing brewery. I had one at Cantillon called Cuvee something or other [thanks for the memory…] that was a three-year-old Lambic I’d never seen before, aged in Cognac barrels, and it was just a really good beer.”

In the meantime, as well as the big Pale, expect to see a series of 20l taster kegs appearing on taps regularly as the boys work out what they want to produce on a greater scale. Among those currently under construction is an 8.5% India Brown Ale, although that too may require patience as it’s destined for their newly arrived Cognac barrels, with the trio showing no signs of diverting from their original plan to make truly original and unusual beers. 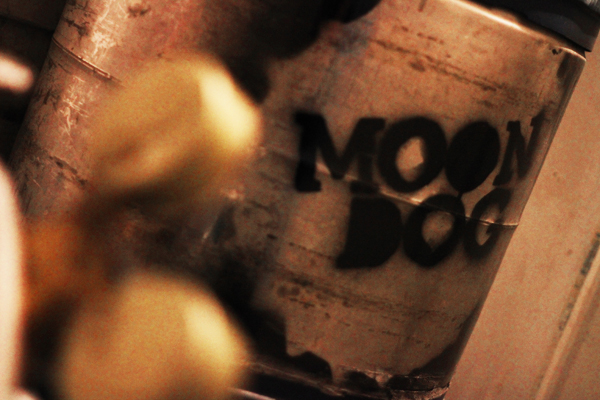 “We brew the beers that we like,” he says. “It’s really fun doing interesting beers. Really fucking hard too, but the challenge is part of it. I think there are people looking for this type of brewing like they are in the US where alternative craft beers have grown.