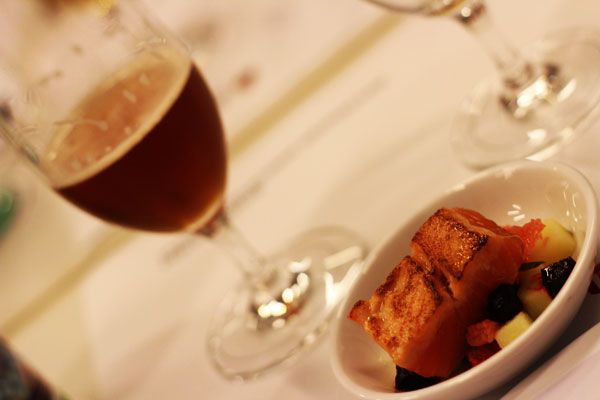 Because it’s time to make room for beer. That’s right, folks. Having tested the water with a beer and cider event during this year’s Masterclass series and featured craft beer fairly widely during June’s Roast Collection, the Melbourne Food & Wine Festival is keen to see beer take more of a starring role when it turns 20 in 2012. It’s going to be by far the biggest festival yet, running over 20 days and featuring some seriously high profile names from the worlds of food and wine.

The Crafty Pint has been working with the programming team for some weeks now. We’ll be running a couple of events of our own, details of which we hope to be able to confirm in the next month, and are offering advice on how craft beer can be incorporated elsewhere in the MFWF program. However, in the spirit of “the more, the merrier”, if anyone else out there with a brewery, beer bar or keen interest in beer would like to get involved, then now’s the time to speak up. Submissions for umbrella events open on August 1 and close just two weeks later, meaning time is of the essence. You don’t need to have every detail nailed down, but the concept, when you’d like to hold it and who’s going to be involved would be a start.

Next year’s festival runs from March 2 to 21 and within the program is a new category designed with beer in mind: The Thrill of the Grill & For The Love of the Brew. Perhaps someone fancies taking the concept of BBQ and beer and elevating it to a higher plain? Or taking their beers to the beach and grilling up some fresh fish? There are plenty of other categories that offer possibilities too, however: Sweet Tooth; Moveable Feasts; and Meet The Maker to name but three. Details on how to get involved can be found here.

According to their latest press release, festival organisers are “calling on Victorian restaurants, wineries and other food and wine businesses and individuals to craft inspiring and unforgettable food and wine experiences that affirm Melbourneâs reputation as the culinary capital of Australia.” So let’s show them how vibrant the local beer scene is and help spread the craft beer word that bit further.

For the first time, they’ve introduced panels of experts – one for city-based events, one for regional events – who will decide which events from the submissions will be included in the program, meaning creativity and innovation could be key to making the grade. Also, while you’ve got your thinking caps on, remember that submissions for events for Good Beer Week 2012, which kicks of with the inaugural Great Australasian Beer SpecTAPular at the Royal Exhibition Building on May 12 and runs until May 19, open in October.