Prancing Pony will be returning to the Adelaide Hills with a substantially heavier trophy chest after collecting a swag of trophies at the Royal Adelaide Beer, Cider & Spirit Awards. The brewery's Indie Kid Pilsener took home Champion Pilsener, Best New Exhibit and Champion South Australian Beer, while the brewery itself was named Champion Medium Brewery.

The awards, which coincide with the first day of the Adelaide Beer & BBQ Festival, saw Smiling Samoyed's Dark Ale declared the Most Outstanding Beer in Show, the third time in five years the beer has won that accolade.

Corinna Steeb, co-owner of Prancing Pony, said: “We are absolutely humbled. We are very excited that our pilsener did so well – you can’t hide a mistake in a pilsener.

"So, to win the awards that we have won tonight, in a style that is difficult to make, that is pretty awesome; it shows that our brewers are truly an amazing team.”

As for Smiling Samoyed owners Simon Dunstone and Kate Henning, who recently became parents again, were delighted to scoop yet another award.

“It’s amazing, we are very proud,” Kate said, with Simon adding: “I talk about consistency and this beer has been consistent for many years, so I am pretty proud of it.”

It was smiles all round for Woolshed Brewery and Pirate Life too, who both won multiple trophies and took out the Champion Small and Champion Large Brewery titles respectively. The former saw both their River Time Session Pale and Firehouse Coffee Stout collect silverware; for the latter, there was yet more success for their Pale and IPA.

Woolshed head brewer Jackson Beavis – already buzzing after the two trophies for their beers – was jubilant once the Champion Small Brewery crown was announced.

“I am speechless," he said. "I only entered beers that I had humming at the time and I had six beers that were super fresh and tasted great; the timing was right.”

McLaren Vale based Goodieson Brewery won for their Coffee Stout, while there were trophies for a couple of lesser known operations too. The students at TAFE SA's brewery have a trophy to take back to the Regent Campus for their Pink Pig Lager, while Loophole Brewing Co, which was started by the team at Cape Jaffa Wines, picked up Champion Traditional / Australasian Ale for their Quick Hare Cape Ale.

Tom O’Reilly, head brewer at Loophole, said: “I tell you, I wasn’t expecting it because [we've] just launched a new brewing site.

"We are lucky that everything that has gone well with setting the new place up because that was actually the first brew that went through the system.”

The 2019 awards attracted 387 entries from 83 breweries and distilleries of all sizes from across Australia and New Zealand, with all entries judged blind by an expert industry panel.

MOST OUTSTANDING BEER IN SHOW

No trophies were awarded in with the wheat beer or porter category. 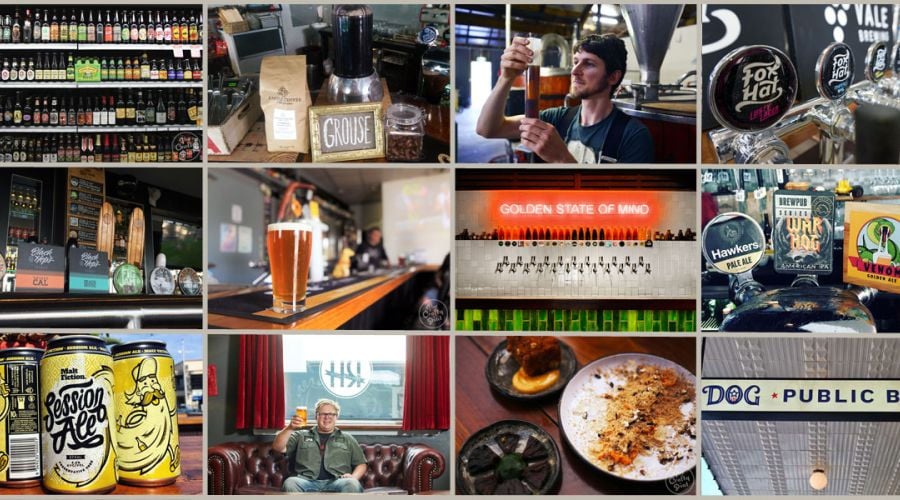