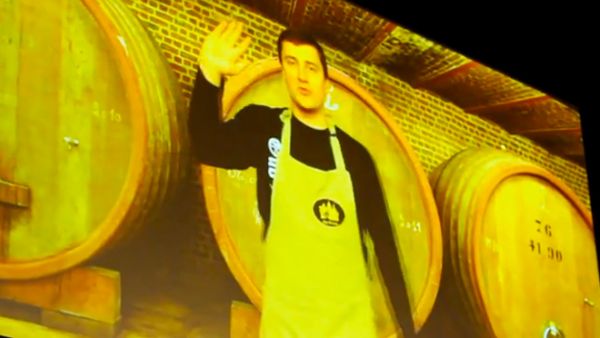 One of the biggest events in the Aussie beer calendar is the Australian International Beer Awards. Well over 1,000 beers from across the globe were entered for the 2011 competition, with 15 trophies handed out at a Gala Dinner in Melbourne during May’s Good Beer Week.

The Crafty Pint was there on a night attended by 600 people made up of brewers from home and abroad and many others associated with the beer industry. In between drinks we caught up with some of the winners as well as New Zealand’s Yeastie Boys, who were keen to discuss their latest interest: beer and pants matching.

Thanks to Matt Smolen for his camerawork, Ally McKinnon for sharing the interviewing and The Post Project for editing.