The concept is simple enough: bring the country to the city to celebrate the talents of regional artisan food and beverage producers with the hope of encouraging city-dwellers to venture out into the country for more.

But FROM the Collective is doing this on a scale that perhaps hasn’t been seen before.

In the inner Melbourne suburb of Carlton, up to 100 regional Victorian producers now have the opportunity to showcase their wares to a wider audience.

FROM the Collective is the initiative of James and Val Carlin, the team behind Tooborac Hotel & Brewery, the operation they launched within Victoria’s oldest National Trust listed country pub, one that dates from 1857.

The pair have taken a former scrap metal warehouse and turned it into a large community hub that serves as a marketplace, bar, retail outlet and function venue.

After more than six months of preparation, the doors opened on Friday (November 15) with 60 regional producers already on the books. FROM the Collective offers these producers a Melbourne base for on-premise consumption, direct sales of packaged goods, storage and distribution – as well as a venue for product launches and educational classes.

And, while the focus isn’t all on beer, there is plenty for craft beer fans to get excited about, including 16 taps that will always feature different Victorian breweries on rotation.

“It’s really about showcasing regional products,” James says. “Imagine you are walking through a farmer’s market … that is the type of produce you are going to see.

“As small independent producers we face the challenges of breaking into the Melbourne market. Our opportunity here is to bring a lot of like-minded individuals together and provide an experience that drives people to go and visit regional Victoria.

“We will give people a taste of regional Victoria in the city, with the hope they will visit our producers. And they could be producers of beer, wine, cider, small goods, honey, confectionary, conserves, ice-cream … whatever.”

Members of the collective must be located more than 40 kilometres from Melbourne’s CBD, independently-owned and a “real” manufacturer of produce; in other words, not a marketing company.

The site stretches over 800 square metres with a shopfront on Elgin Street that houses Tooborac Pies and Beer, where customers can enjoy Tooborac’s house made pies, as well as packaged beer, coffee and other offerings.

The FROM the Collective warehouse space sits to one side and behind the shopfront and presents a rustic Australian country feel thanks to the red bricks, an abundance of corrugated iron and trees scattered throughout. There’s even a large farm water tank perched up high.

Apart from beer and cider, the bar serves a plethora of regional Victorian wines and spirits. A permanent corrugated iron food truck also features a rotating menu that utilises the produce of FROM the Collective members.

James says that one of the advantages for members is distribution as they can store produce on site and ship it directly to Melbourne-based customers from Carlton.

“That’s a lot cheaper and quicker than sending it from regional Victoria,” he says.

“The space can also be our members’ base in Melbourne for product launches or supplier presentations.”

He says they're also developing a website for marketing FROM the Collective members, complete with direct online sales. Future plans include showcasing specific regions of Victoria and running bus tours to the regions.

“It’s really nice for the little guys to get together and work together to get an outcome,” James says. “And that outcome is relevance and awareness.”

Both Tooborac Pies and Beer (11am to 7pm) and FROM the Collective (11am to 11pm) are open seven days a week at 139 Elgin Street, Carlton. Like a big fruit smoothie, the upcoming month of events contains an enormous mash of flavours; wild stuff out west; dining with the head brewer from the world's oldest brewery; a sweaty birthday beer dinner in Melbourne, and a whole heap more... read on 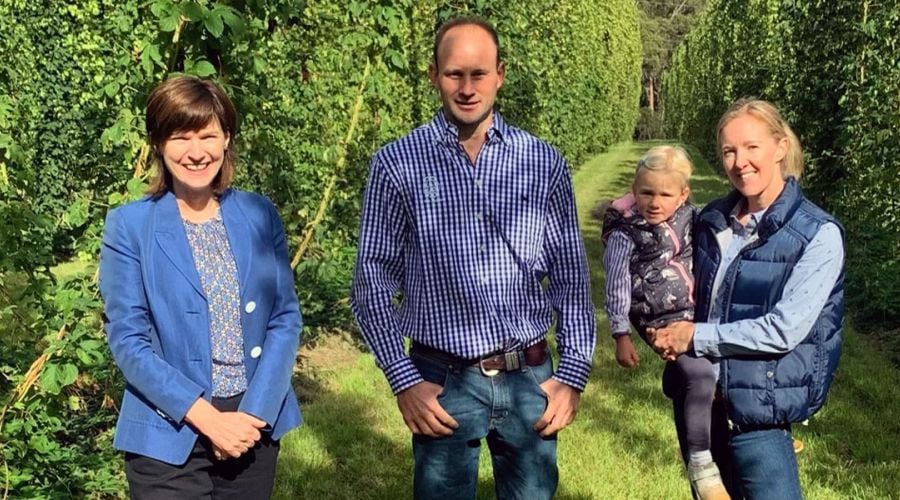