When it comes to craft beer in Melbourne, people like to keep the city nicely divided: the inner north leads the way while the south side trails behind. A few years ago, however, the adage was that almost all the good beer sat north of the river and south of the Yarra, well, that was a wasteland. So, clearly, progress has been made. Yet it doesn’t quite get to the heart of the quality of the bars, pubs and venues found throughout Port Melbourne and South Melbourne today.

Both locales have always been home to myriad pubs and, as more of them switch their taps to craft beer, the south is boosting its crafty credentials. The streets are also wider and the air blowing off the Bay tends to be fresher, which makes trekking through some of the best beer spots in the area the perfect way to enjoy this Crafty Crawl.

This guide starts at South Melbourne's Clarendon Street and works its way through Port Melbourne, with each venue an easy stroll from the next.

Walk along Clarendon Street and you won't miss The Market Hotel; with its colour-contrasting two storeys and polka dot-covered exterior, it looks like a step inside could transport you off to a distant land.

Inside, it’s no less distinctive, with the lush, light and plant-filled space providing a split second of uncertainty as to whether you’ve walked inside or remain outside. Private booths, festoon lighting and multiple divides and levels come together to create a venue that encourages exploration and relaxing over a beer. If you follow the jungle you’ll find a rooftop beer garden that recreates the feel of a beachside campground and regularly doubles as a cinema.

Some of the taps are devoted to CUB but tend to pour the brewery's craftier brands like 4 Pines or Pirate Life, while those that are free regularly rotate through local and international craft beer. Like those taps, the kitchen effectively rotates too, with new food trucks taking over the space each month.

The Market Hotel is at 160 Clarendon Street, South Melbourne.

For many years, The Palace Hotel was the sole crafty beacon in this part of the city, after the building – which had previously housed a fine dining restaurant – was taken over by the current owners in 2013. Today, it might be in good company but no beer journey south of the river is complete without a pint at The Palace.

Preferably you’ll be able to stay for more than the one as The Palace is a pub lover’s pub, one where you can go to watch the footy, catch up with friends, shoot some pool, or spend the afternoon watching as dogs fill the beer garden.

If you make it down in winter, The Palace feels like the best of London’s pubs transported, with a permanent handpump alongside eleven other taps and a menu filled with classic pub tucker about the easiest way you can chase cold weather away. It's been the South Australia venue for The Crafty Pint's Pint of Origin at Good Beer Week for years, so there's a chance you'll come across a beer from across state lines rarely found elsewhere in Melbourne too.

Settle in at The Palace by heading towards 505 City Road, South Melbourne.

Westside Ale Works first opened their doors in 2016 and it's fair to say things have changed a little since then. For one, the brewery moved from its original home on Alfred Street to a new space – also on Alfred Street but a few steps down the road – while the Ale Works that opened midway through 2019 has a significantly expanded beer offering: 30 taps, with 20 of those brewed on site and the rest dedicated to beer from breweries that are both very near and very far away.

Anyone familiar with the original Westside will find a lot of what they loved about the original: the relaxed atmosphere, friendly staff, free popcorn, sports on the (even bigger) screen, and many, many hop forward beers inspired by the West Coast of the US that lends the brewery its name. But you’ll also come across all manner of others beers, from barrel-aged sours to straight-down-the line lagers, plus a bottleshop – the "Research and Development" fridge – filled with both their cans and a diverse array of their favourites from other brewers too.

At some point (nobody knows exactly where), you'll have said goodbye to South Melbourne and stepped into Port Melbourne. So, welcome to the suburb and welcome to the Prince Alfred. The current owners took over in 2016 and quickly set about revitalising a classic old corner pub that was in desperate need of some love and care. That care included fresh paint and carpet, a new focus on the food menu and some serious work on the 12 beer taps, which today pour a far greater variety of beer than they ever did in the past.

But it’s not like the bones of the Prince Alfred weren’t solid and it’s still very much a stop for pub lovers, where you can easily find someone in for a knock-off drink next to someone checking a beer into Untappd as a family leave after catching up over a long lunch. The front bar is one where screens, pinball and the space itself create a lively atmosphere and up an almost-hidden stairway you’ll find a collection of cosy rooms and a rooftop beer garden that can easily take away your hours.

The fundamentals of a damn good pub can be enjoyed at 355 Bay Street, Port Melbourne.

Colonial got their start in Western Australia’s Margaret River region in 2004 and opened their eastern outpost in 2016. But the building’s history as brewery in Port Melbourne stretches back a little further. Previously, the Bertie Street site was home to Matilda Bay; the last physical home for the pioneering brewery until CUB announced the brand would be opening a site in Healesville with Phil Sexton at the helm in late 2019.

Today, Colonial's home has become part of the fabric of Port Melbourne, with the expansive venue filling with crowds keen to watch the footy on the big screen, catch a gig or take part in a plant sale. You’ll find all the core Colonial beers pouring along with a selection of limited release beers and a very beer-friendly pizza and burger menu.

And if by the time you make it to Colonial you’re feeling a little over beer, fear not, you’ll find the home of STARWARD whisky across the road (where they have some cool beers on offer too...).

Colonial sits at 89 Bertie Street, Port Melbourne; STAWARD is just over the road at number 50.

Other than the spots above, two of the southside's bottleshops stand out for their beer ranges and long history association with quality drinks. 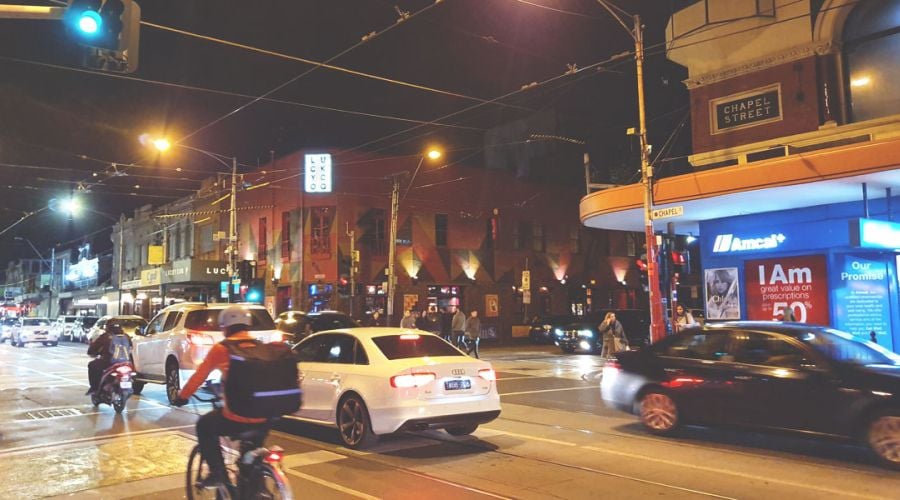