In a roundabout way, Near & Far’s origin story can be traced back to 2014, when one man’s overwhelming thirst for a quality Australian beer in the UK led to the creation of export company AusAvenues.

“Part of the motivation [to launch AusAvenues] was just to get some good Aussie beer in the UK to drink,” says founder and Near & Far co-owner Jason Cameron. “And to stop being teased about Foster's!”

Back then, England’s beer-loving population was under the misguided impression that all Australia produced was the likes of Foster's and XXXX – both of which had benefited from hugely successful ad campaigns through the 80s and 90s – and Jason was eager to prove them wrong.

Then, while on a trip back home to Australia, he noticed a very similar issue existed here: there were very few British craft beers being exported Down Under. It became glaringly apparent he needed to expand his operations so, in 2016, Jason launched Maverick Imports as a conduit to bring international craft beers to Australian shores. His very first imports were from Welsh microbrewery Tiny Rebel but, today, Maverick Imports brings in shipments from multiple UK breweries every three months, with most stock sold in advance.

“We make sure the beer has a home and is going to be poured fresh,” Jason says, stressing the lengths to which he goes to ensure you won’t find any of his imports sitting in warehouses.

High profile craft beer venues across Australia have been taking advantage of Maverick's offerings, and it was one of them that encouraged Jason to dip his toes into the Canadian market. Mr West had signed up to be the Canadian venue for Pint of Origin during a recent Good Beer Week and were after help sourcing more quality beers as fresh as possible from the Great White North.

And now the path Jason's been following since 2014 has led to the logical conclusion: opening a bar to showcase beers from both here and overseas. Or, as the name of the Fitzroy puts it, Near & Far.

Opening in Brunswick Street just in time for Christmas 2019, it's a joint venture between Jason and Mike Hildebrand, the former manager of Belair Fine Wines, one of the biggest beer stores in Adelaide and home to the Great Wall Of Beer. The bar’s name is both a nod to the operation's UK roots – with near and far is Cockney rhyming slang for a bar – and a clear indication that the beers on offer will hail from all corners of the world.

“We want to be offering something different that people can’t get anywhere else on Brunswick Street,” Jason says.

The 18 taps lining the wall behind the bar will showcase a rotating catalogue of beers and one cider. Meanwhile, the fridges and a walk-in cool room will be packed full with cans, bottles and large format beers available to drink in-house or take home; they plan to open a different large format brew each week to sell by the glass too.

“It’s a big commitment to buy a big bottle,” Jason says, noting he wants to make it easier for people to sample beers they might normally shy away from in a bottleshop. An extensive wine and spirit list is also available.

Their commitment to all things liquid can be found in their approach to the kitchen: they ripped the existing one out to make room for more fridges. Instead, they're offering a limited menu from the Thai restaurant next door and a Vietnamese joint down the street. As for where you can enjoy your drinks, in addition to the main bar – all exposed brick, Tassie oak and leather booths, upstairs is a super relaxed enclave overlooking Brunswick Street.

The name of the game for Near & Far is to become one of the city's go-to beer bars. Referring to his mates at Mr West, he says, laughing: “If we can be half as good as them, we’ll be happy.”

With Balter's recent sale to CUB highlighting the changing nature of the local beer landscape and potentially creating greater challenges for small brewing companies, the plan at Near & Far is to exclusively serve independently-owned beers, thus helping local breweries to gain exposure. They also intend to host weekly events that will put the spotlight on a different brewery.

“Meeting new friends and being able to sell their beer over the bar is pretty cool,” Jason says. “We’re just about being the best beer bar we can, and hopefully people like that too.”

You can also have a say in one element of the bar. They're set to launch a "People's Tap" crowdfunding campaign with Pozible; those who support the campaign will get to have a say in what pours through one of the taps and the money is being put towards a permanent nitro tap.

Suffice to say, a lot has happened in the six-odd years since Jason first noticed a lack of Aussie brews in London. In many ways, Near & Far is a testament to the quality of Australian beer today and the passion it can instill in people. Now, having brought him to this point, Jason will be hoping to share that passion with folk from, well, near and far. 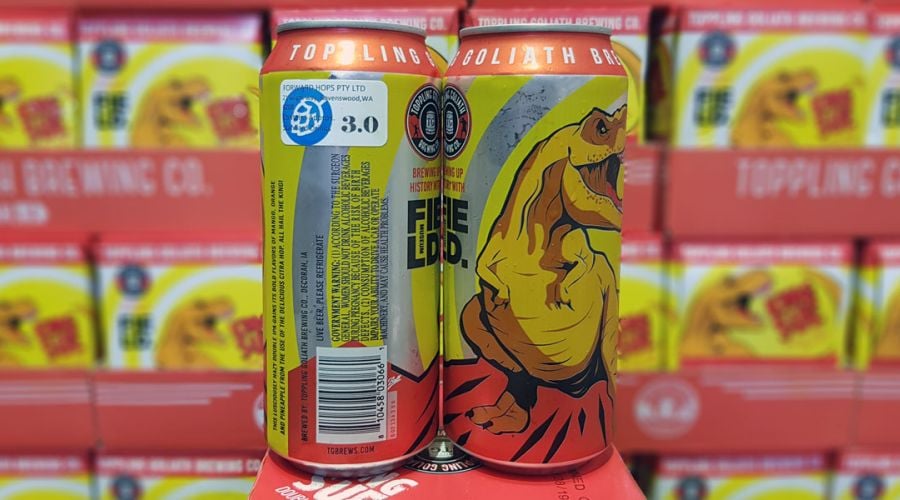