For the first time this year, we provided a fair bit of analysis as the results were coming in, digging deep into the poll's twelve year history as we did so. You can find that here if your beer nerd desires can't be sated by our analysis of this year's results below.

The twelfth Hottest 100 Aussie Craft Beers poll – and the first since GABS and the H100 were sold to new owners – threw up plenty of familiar faces, rather less new entries than recent years, and the usual array of interesting stories once you delve a little deeper and place the results in context of past Hottest 100s. So, here we go, into the fray once more...

In the words of Chumbawumba: "I get knocked down, but I get up again."

Exactly a decade ago, a beer called Draught Ale from Byron Bay’s recently-launched Stone & Wood made it into The Local Taphouse’s second Hottest 100 Aussie Craft Beers poll. The beer has since changed its name and so too has the poll but Pacific Ale hasn’t left the countdown since.

The following year, 2010, the beer made it into the podium in third, before moving into top spot for the first time in the Hottest 100 Aussie Craft Beers of 2011. It was a brief reign, with Feral's Hop Hog ruling the roost for the next three years as Pacific Ale bided its time for a return to the top in 2015 and 2016. Now, after coming second to Balter XPA for the past two years, the game-changing beer has stepped up again – and we're told it was a fair distance ahead in first too.

It's not the only beer with staying power, either: Bridge Road Brewers' Beechworth Pale Ale, Victoria’s highest ranked beer in the 2019 poll, has featured in almost every almost H100 since they started, and has now spent four years in the top ten. Further down the table, hats off to Thirsty Crow – the Wagga Wagga brewery's Vanilla Milk Stout has been a fixture in the top 100 since 2011.

Four years ago, Pirate Life made a stunning debut in the Hottest 100 of 2015, with the brewery’s IIPA and Pale Ale nabbing third and fourth respectively. The following year, the results were even better, with IIPA, IPA and Pale Ale all featuring inside the top ten.

It was a different story for the first poll following the brewery’s sale in November 2017: Mosaic IPA was the only Pirate Life beer in the top ten at number six, though three other beers made the top 25. Last year, four Pirate Life beers made the cut, the highest at a relatively lowly 30. Now, despite the fact they're releasing more different beers than ever before in a vast range of styles – and selling more beer than ever too – they’ve missed out on the top 100 entirely.

One of the year's two big acquisitions, Green Beacon, saw their Windjammer IPA drop 73 spots, while the other, Balter, lost the top spot they'd held for two years. Yet Balter also became the first brewery since Murray's in 2010 to land eight beers in the top 100. Certainly, the Gold Coast brewery's "fall" – if it qualifies as such – has been softer than most former indie brewers in the poll, a sign perhaps of their reach well beyond the pointier end of the craft beer industry. However, it does appear that, as with Beer Cartel's annual Australian Craft Beer Survey, independence does matter to many drinkers.

It was a good year for two of the ex-indies who've been part of bigger breweries for a number of years, especially Feral. The WA brewery helped change the face of craft beer in Australia – look at the early years of the H100 alone and you'll find a mixed ferment sour from them back in 2010, with other early entries from their Swan Valley brewpub including a barleywine and barrel-aged beers.

With Biggie Juice now in cans – and the beer the brewery is getting behind more than any other (not to mention brewer Will Irving's highlight of the past decade) – it's seen them rocket back into the top ten. When brewers decide to sell they often talk about the liquid being the only thing that matters; in the case of Biggie Juice, they've nailed a style that's dominated craft beer circles for the past couple of years and are reaping the rewards.

And, after dropping out of the 100 for the first time ever in 2018, Mountain Goat are back. That the beers to bring them back – their GOAT lager and Summer Ale – are a far cry from the sort of IPAs and other Rare Breeds that used to litter the poll – and which they still brew with aplomb at their Richmond HQ – is likely a reflection of the wider audience into whose hands Asahi have put the Melbourne pioneers.

It's arguably the biggest gripe of the many that have grown up around the Hottest 100 over the years: that it's become the domain – at least at the upper end – of the bigger breweries with bigger marketing budgets, or at least those that focus their attention on the poll. And, certainly, getting out the vote plays a role and may well help explain the relative familiarity of the 2019 list: there were just 30 new entries this year compared to 44 in 2018 and more the year before.

If you follow a fair few breweries on social media you'll have seen plenty of H100 related posts, many of them focusing on a brewery's flagship beer. In the case of Your Mates, the Sunshine Coast operation that hit number five with their Larry Pale, they were quick off the mark with the above image hitting their socials as soon as the poll opened.

In recent years, BentSpoke have put stickers on their packs asking people to vote, venues have cottoned onto inviting guests to vote for them while they're at the bar – the people behind Beach Beer Bondi had the voting page ready for attendees at their Bondi Bowlo events, for example. And, having decided to get involved again after not taking part in 2016, Coopers have steadily improved their showing.

In short, making an effort to do well in the poll and activating your audience works. Or at least, it can: how many breweries that tried to guide their fans haven't made the 100 or its upper echelons? And, given this is, as much as anything, a popularity vote – one that has been shown to have ongoing marketing benefits as well as attracting mainstream media coverage – why wouldn't more popular brewers want to get out the popular vote for their most popular beers?

As we've said in the past, if anyone is serious about getting a deep and broad understanding of the best beers on the market, there are plenty of sources: our annual Best New Beers features or blind tastings (when we have time for them...); beer awards like the AIBA and Indies plus smaller state-based affairs; rating apps and websites; the friendly staff at your good local bar or bottleshop; the list goes on. Understand what each can tell you, add in the Hottest 100, and you'll be well on your way to a fridge full of deliciousness.

It's also not that easy to stick around from year to year. While breweries have been able to shoot into the list after a good year of campaigning, not all enjoy longevity. Darwin’s One Mile had a phenomenal year in 2018, with four beers in the 100 yet haven't made the list this year, and it's a similar tale for The Welder's Dog, from northern NSW, who appeared no less than three times in 2018.

Before BentSpoke launched, the country's capital was best known on the beer front for the Wig & Pen Tavern, where BentSpoke co-founder Richard Watkins (pictured above with partner and co-founder Tracy Margrain) helped them win two AIBA Champion Brewery titles. It was a tiny operation well worth visiting, but one only really known to the beer cognoscenti.

Roll forward a few years and, thanks to BentSpoke and Capital, Canberra has locked down 12 percent of the 2019 Hottest 100. That's some shift.

It doesn't pay to give too much attention to how far Victoria has fallen over the past decade as the Hottest 10 used to be a poll centred on a pub in St Kilda, but the rise of the Gold Coast and, increasingly, the Sunshine Coast are as worthy of note as ACT's rise. We've talked plenty about the phenomenal turnaround in the beer scene in Queensland – first the South East but now more widely – but for Gold Coast brewers to take out 15 spots, spread across five breweries, and the Sunshine Coast a further nine, across four breweries, is quite something.

On the flipside, Tasmania's busy and vibrant brewing scene remains on the outside – none of their brewers managed to break the top 200, although we're told less than fifteen of them registered their beers. And there are plenty of much-loved, highly-hyped, top quality brewers out there who are notable by their absence: Otherside, Rocky Ridge and Cheeky Monkey from WA, Hawkers, Boatrocker, Two Birds, 3 Ravens, Holgate and Deeds from Victoria, Sauce, Wildflower, and ... you get the message.

Unless you want to count Ballistic's Oaked XPA, a beer that's fermented on oak chips, we've not seen a barrel-aged beer in the Hottest 100 since 2016. And where are the farmhouse styles? The dark beers (just three in the 100)? The reds? The Old World-inspired?

As the craft beer world has evolved and twisted itself into ever weirder shapes in recent years, new styles, hybrids and bastardisations have appeared in greater numbers while many traditional beers have fallen by the wayside. Above all else, hops have become king (well, queen – it's only female hop cones that are used in beer), something that's been reflected in the H100s of recent years. This year, around three-quarters of the beers have hops playing a leading role.

But, after years of people talking about craft lagers having their day, there's evidence that might be happening; the eleven lagers of one form or another in the top 100 is more than twice the 2018 figure, while there were just two in 2015/16 and one in 2014.

Similarly, while it's a less dramatic rise than lagers, the appearance of six sours continues a slow upward trend. Interestingly, we counted twice that number across all styles that feature fruit or spice in one form or another.

So, yes, while in some ways the list is changing less and becoming increasingly homogeneous in terms of styles, it does hint at the ripples on the edge of the beer scene. From the beer in top spot via two Queenslanders bursting into the top ten with new entries and a hazy from the Margaret River region, we chat to some of the people at breweries making waves in the 2020 poll. read on 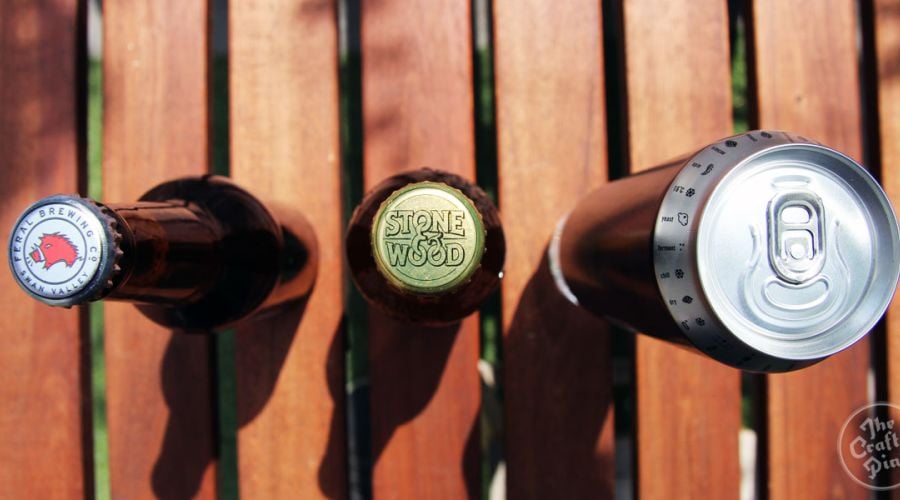