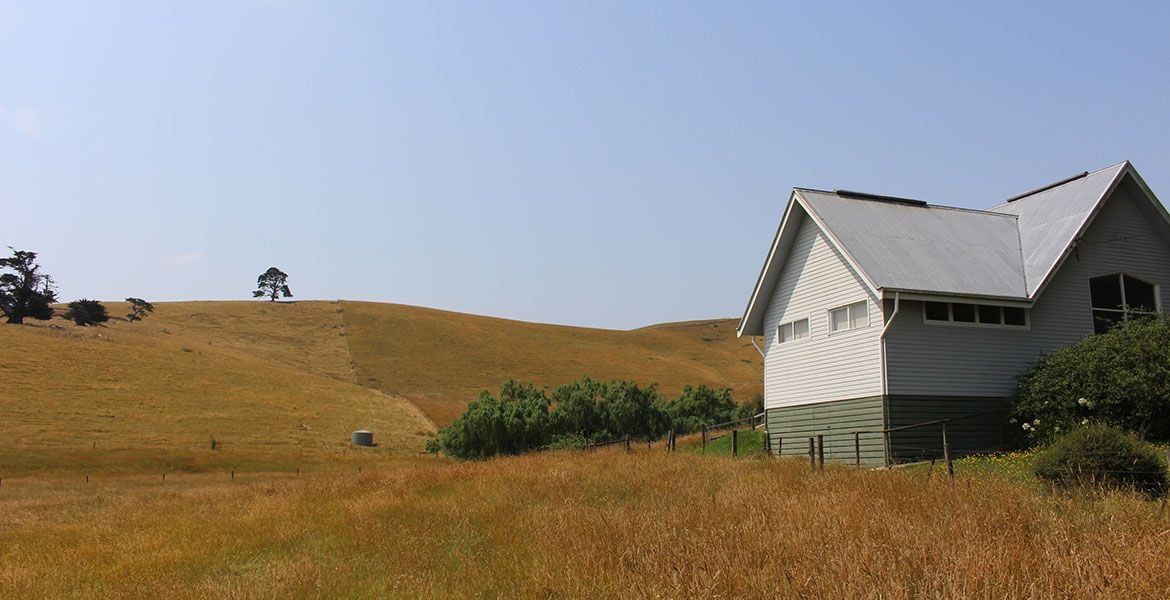 South Gippsland has many claims to fame. Its wineries produce some of the finest pinot noir in the land, it's long been the heart of Victoria’s dairy industry and, as a result, the region is filled with butter factory after butter factory that would make for ideal breweries.

Back in 1989, that’s exactly what one group of eager beer fans did in Mirboo North; when Grand Ridge Brewery launched, it was one of the country’s earliest examples of a microbrewery and is now one of the longest continually operating examples too – a rare survivor from the first wave of Aussie craft beer (before it was called such).

Today, while many travellers may speed down the South Gippy Highway in search of a weekend at the beach or a week camping, you needn’t look too hard if you're in the mood for some local beer too.

Starting off with the closest brewery to Melbourne, this guide serves up a diversity of breweries, mythological beasts and cider with a view.

Lang Lang might not technically be in South Gippsland but we can count the town as something of a gateway to the region. Since it’s on the South Gippsland Highway before it splits into the Bass Highway, the brewery manages to be a gateway to Phillip Island and the rest of the Bass Coast’s stunning coastline too.

Howler launched in 2017 in an old bank in the centre of town and, though the beers were initially brewed elsewhere, the team installed a 600-litre brewery towards the end of 2019. The brewery’s named after a mythical beast said to inhabit the region, a swamp-dwelling nemesis to the Bunyip, whose howls could be heard throughout the land. Owners Matt Payne and Amanda Wicks like to say the Howler came to them in a dream and told them they had to open a brewery; like a country Australian Field of Dreams.

Whether or not you’ll spot a howler can’t be guaranteed but take the detour into Lang Lang and you’ll find eight taps pouring their beers plus a few other local drops plus a food menu focused on hearty meals that’s built on local produce.

Try and spot the howler at 47 Westernport Rd, Lang Lang.

Loch Brewery & Distillery launched in 2012 and opened their doors a couple of years later; since then, the venue has become an essential stop for travellers with even a passing interest in beer or spirits. For one, the operation isn’t like many others in the country: Loch’s English-style beers eschew heavy hopping, American influences or adding non-traditional adjuncts.

Considering the brewery and distillery were born from Craig Johnson and Mel Davies’ love for single malt whisky and British beer styles, it’s unlikely they could have found a better home in which to showcase that passion than Loch. The village sits in the heart of Victoria’s dairy country and the cottage-like cellar door enjoys nearly uninterrupted views of the surrounding hills.

As you enjoy those views, you won’t just get to try beers fresh from a firkin; spend some time there and you can work your way through one of Loch’s many spirits, whether it’s gins, whiskies or a whole mix of liqueurs. The base of each whisky is the same as one of Loch’s main beers, which creates a boilermaker experience that brings malts together in a way few other breweries or distilleries are able to recreate. The fact both sides of the business are handled in house means Craig is regularly emptying a barrel filled with a spirit, refilling it with beer and then, once that's ready to be disgorged, filling it back up again with more whisky so the whole process can begin again, the results changing over time.

Enjoy the best of the British Isles by heading to 44 Victoria Road, Loch.

Burra Brewing joined the South Gippsland brewery trail in 2018, launched by a group of locals eager to give their neighbours fresh beer and provide tourists with more reason to stop in Korumburra. The brewery's logo even features the One Tree Hill, an iconic local landmark just outside the town that's instantly recognisable to locals You’ll find the brewery in the main street, right beside Kelly’s Bakery, which for some reason uses the name and likeness of Ned Kelly despite the bushranger never travelling anywhere near the town.

If, unlike the Kelly Gang, you make it to Burra, you’ll find a dozen taps pouring the brewery’s core range, a regular mix of new releases, tinnies to take away and woodfired pizzas. On weekends, local musicians regularly take to makeshift stages either by the beer garden or right in front of the brewery’s tanks as the bar fills with both tunes and locals.

Follow the Kelly trail by stopping in at 12 Commercial Street, Korumburra.

No journey for beer in South Gippsland can really be complete without stopping in at Grand Ridge, one of the pioneers of Australian beer. Eric Walters and a group of friends launched the brewery more than three decades ago in Mirboo North, a town atop the Strzelecki Ranges that run across Gippsland, with the brewery named after the scenic Grand Ridge Road that follows Polish explorer Paweł Edmund Strzelecki’s route.

As well as producing their own beers, including cult favourites Moonshine and Supershine, the brewery has acted as something of a launchpad for many a career in brewing. Mountain Goat's first batches were brewed here before they opened their first Richmond site, while many an Aussie brewer has spent time there on the tools.

Over the years, a few things have changed at Grand Ridge, with Eric now the sole owner and the brewery regularly exploring new styles, rebranding and even acquiring the contract brand West City Brewing in 2018. Their Mirboo North site remains the key spot to try a wide range of beers from both brands beers and, if you’re feeling it’s time to pull up stumps on a day’s travel, the brewery also offers accommodation in nearby cottages.

Check out one of Australia's longest-surviving micros at 1 Baromi Road, Mirboo North

It might not be a brewery but there’s two reasons Gurneys makes the list. First of all, they make a hopped cider which is as close to beer as apples can really get and, secondly, the view from the cellar door is pristine. Located just outside Foster, Gurneys' hilltop home offers incredible views of both Wilson’s Prom and Corner Inlet.

The family run cidery was launched by the Gurnett family late in 2017. Hailing from Somerset, cider’s spiritual home, the family's approach to cider is one embedded in history with a focus on heritage varieties of apples and traditional cider making practices. There’s no kitchen but you’ll find cheese boards and charcuterie to accompany the cider and local restaurants often set up shop during the busier tourist times.

Soak up the views at 343 Fish Creek-Foster Road, Foster.

You'll find other Beer Travel features here and Crafty Crawls here. And you can download the free Crafty Pint app featuring all the above venues and hundreds more across Australia to help you find good beer when you're out and about. As he heads homewards from the northern reaches of Europe, wandering Tasmanian Bert Spinks finds time to dip his toes into the "stylish", "serious" and "eccentric" beer scene in Copenhagen. read on