Boekamp Bier is not only one of Tasmania’s newest breweries – the doors of their Moonah brewery opened for the first time last September – it's also one following its own path. Owners Mark French and Jurriaan Boekamp are using their reinvigorated brew kit to focus purely on traditional Bavarian beer styles: crisp lagers and flavoursome weizens.

Jurriaan and Mark first met in 2006 when the pair attended a government run workshop advising people on how to set up a small business in Tasmania. Well before the state was home to the densely populated small brewery scene it has today, the pair shared the same vision of operating their own brewery.

By then, Jurrian had already worked at St Ives Brewery in Hobart's Battery Point and later moved to the Netherlands to continue brewing. Though their brewery didn't eventuate for many years, the two remained in contact and regularly got together to share homebrew recipes and their beers. By 2019, the long held dream was ready to become a reality, with Jurriaan focusing on Boekamp's beers and Mark dedicated to the logistical side of the operation.

A visit to Boekamp Bier in one of Hobart's northern suburbs is like stepping into something of a time warp. The tasting room is industrial, with polished cement floors and a mixture of high and low tables that Mark contructed from parts left over from the brewery's construction.

Behind long windows at the end of the tasting room is the brewery, a reconditioned 30hL Ziemann kit that had been retired from its past life as a pilot brewery at a large Netherlands-based brewing company. It's a system that includes a control station (see top of article) reminiscent of a film set in the Cold War than a taproom in Hobart's north.

The brew kit features a six roller grain mill that feeds directly into mash tun. There is also a separate lautering tun and copper-lined kettle, allowing them to utilise decoction mashing, a traditional brewing technique often used by European pilsner brewers where a portion of the wort is separated and boiled then returned to the mash tun. And, when it comes to their lagers everything at the brewery slows down: each is conditioned for four to six weeks as Jurriann strives for beers that are crisp and clean.

You can find Boekamp's beers in some pubs in Hobart and Launceston and, in the near future, they'll be looking to can them too. For now, undoubtedly the best place to enjoy them is at their Moonah home.

To find out more, we caught up with Jurriann for our ongoing Who Brews...? series. 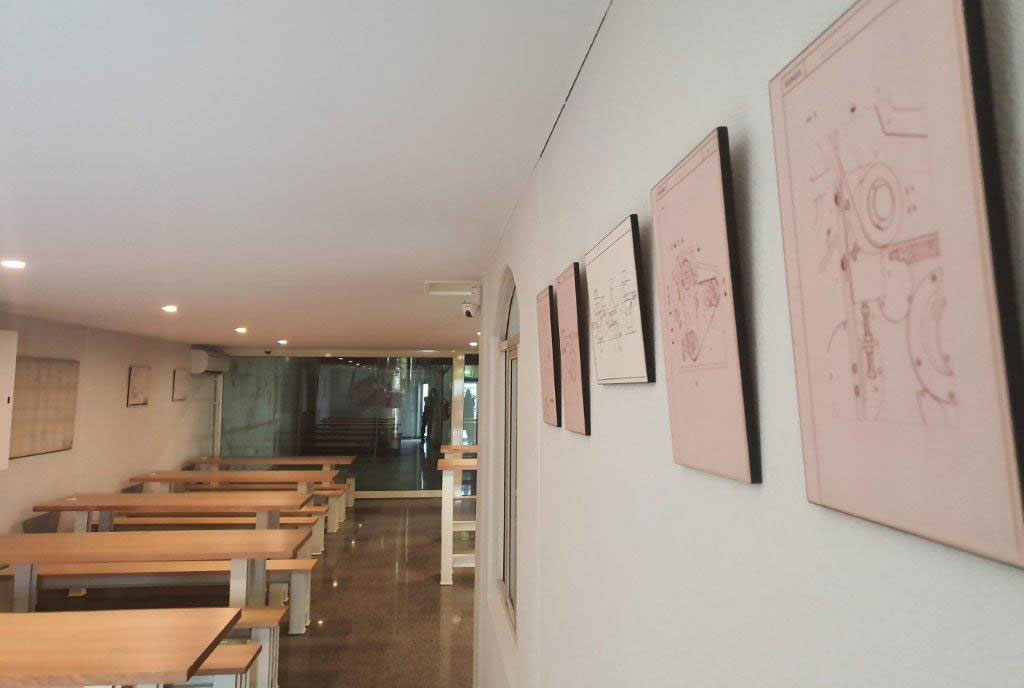 Inside the Boekamp venue in Hobart's north.

Mark French: the other stuff. Farmer with a background in science and banking and an interest in brewing.

Our beers are brewed in Albert Road, Moonah, at the Boekamp Bier brewery and cellar door.

An interest in the fermentation process, which has always been a fascination.

Watching the series The Beer Hunter by Michael Jackson and reading his beer books.

It’s a nod to the Jurrian's family name which is Germanic in its origins; we thought that was appropriate given the style of beers we produce.

Helles Lager, it’s easy-drinking yet full of complexity and can be a difficult style to perfect.

There’s a lot going on mechanically with our brewery so we generally have the music down to keep an ear out for anything out of the ordinary. Other than that, it’s going to be old school Pink Floyd or The Stranglers.

At our cellar door in Albert Road, Moonah, and selected venues in Hobart and Launceston for now. But we will be canning our product within the next few months and crossing the ditch so expect to see our beers around the country very soon.

If we can fill up the capacity of our current brewery and existing site we would be very satisfied.

You can pop into Boekamp between 3pm and 7pm on Friday and between midday and 5pm on Saturday. Or follow their journey on Facebook and Instagram.

You can find our other Who Brews...? features here. And you can download the free Crafty Pint app featuring hundreds of good beer venues across Australia to help you find good beer when you're out and about.

Harrison Westlake is a fairly recent Tasmanian, a Certified Cicerone®️ and a tour guide at The Brew Hop. He can often be found at the other end of something sour, something Belgian, or both.