The past week may have seen much of the country doused in heavy rain but the damage caused by the bushfires of the past few months will continue to be felt far and wide for a long time to come.

The efforts of those within Australia’s beer industry to support those affected by the fires continues too. Around 200 breweries around the world have been laying down their Resilience Beers while two other fundraising beers are set to be released this weekend too.

At time of writing, kegs of Recovery Beer from Badlands Brewery in Orange were being shipped to Sydney and Canberra, with head brewer Jon Shiner saying he felt he had to act.

“Like most people, I was just feeling a bit helpless about the situation over summer,” he says. “I just really wanted to do something that was easy for the venues in terms of how they collect the money and get it to a particular charity.”

Jon is donating the beer to each participating venue for free and allowing those pouring the beer to decide where it's going, with most venues involved donating 100 percent of sales to their chosen charity.

The beer itself is tropical pale ale, brewed with ingredients donated by Voyager Craft Malt and Hop Products Australia and designed to be a quick seller.

“I was looking for a beer that wasn't going to hang around,” he says.

KegStar and Motus Transport were quick to come on board too, offering to cover the cost of shipping, while local designer Lucas Martin put together the artwork.

Anyone heading to Ballarat Beer Festival this weekend will be among the first to try Heroes Gold, a collaboration between radio station Gold 104.3 and Hawkers. All proceeds from the lager are going to the Victorian Bushfire Appeal, with the idea developed by breakfast host Christian O'Connell and the radio show’s wider team in early January.

Hawkers' head of sales Mik Halse says the management team at the brewery had also started talking about how they could  help bushfire affected communities when they returned from their Christmas break.

“We have a lot of customers in those areas and I straight away organised my reps to make donations where necessary,” he says.

The team at Gold were given Mik and Hawkers CEO Mazen Hajjar’s details by Craig Williams at GABS and within about 20 minutes of the initial phone call, the campaign had started to take shape.

“It’s was a well organised way to do something on a larger scale for us rather than just donating a keg here or there,” Mik says. “It seemed like a really good way to cover a large amount of the community that was affected.”

As with the Badland’s beer, Mik says their own suppliers, including Barrett Burston, Konvoy Kegs and Orora, "jumped on it straight away. There was no, ‘I’ll call you back’, there was a, ‘What do you need?’.”

Dan Murphy's and BWS will both be stocking tinnies of Heroes Gold while around 35 venues are pouring kegs. Mik says it was when they came to pre-sales that they got the biggest surprise: the first 110 hectolitres of the beer was sold before it left the brewery.

“We thought with the pre-order we might sell 20 or 30 cases to people who are really keen and we’ve sold 970,” he says; unsurprisingly, a second batch is now on its way.

Case number one of the beer has been signed by Mazen, Christian and his sidekick Jack Post and will be being auctioned off at Friday night’s beer degustation dinner on the eve of the Ballarat Beer Festival.

Hawkers are also shouting any emergency service workers at the festival their first beer, with Mik describing the capacity for generosity shown by the beer industry and the wider community as impressive and reminding him of his past: in 1983, the Ash Wednesday fires bore down on Mik’s family home.

“I was a nine-year-old kid so it was a bit of an adventure but it was important to see how the community pulled together then,” he says.

“I think it’s actually one thing Australia does well. We do a lot of things badly, but I think volunteering and being generous in times of need is something that does really make me feel good to be an Aussie.”

You can keep up to date with Badlands' Recovery Beer stockists here. The response to the Beer For Bushfire Relief call out has been little short of remarkable with events launched in all parts of the country. Before the big day on Saturday, a quick update on where we're at. read on 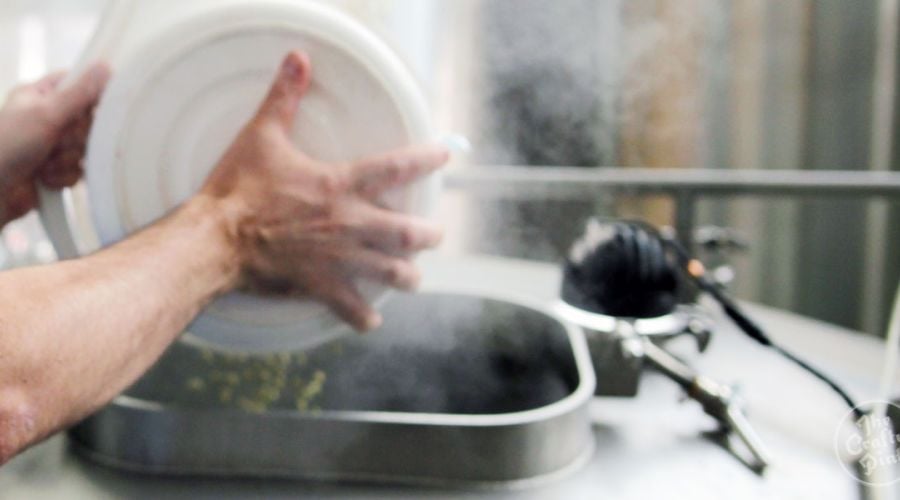