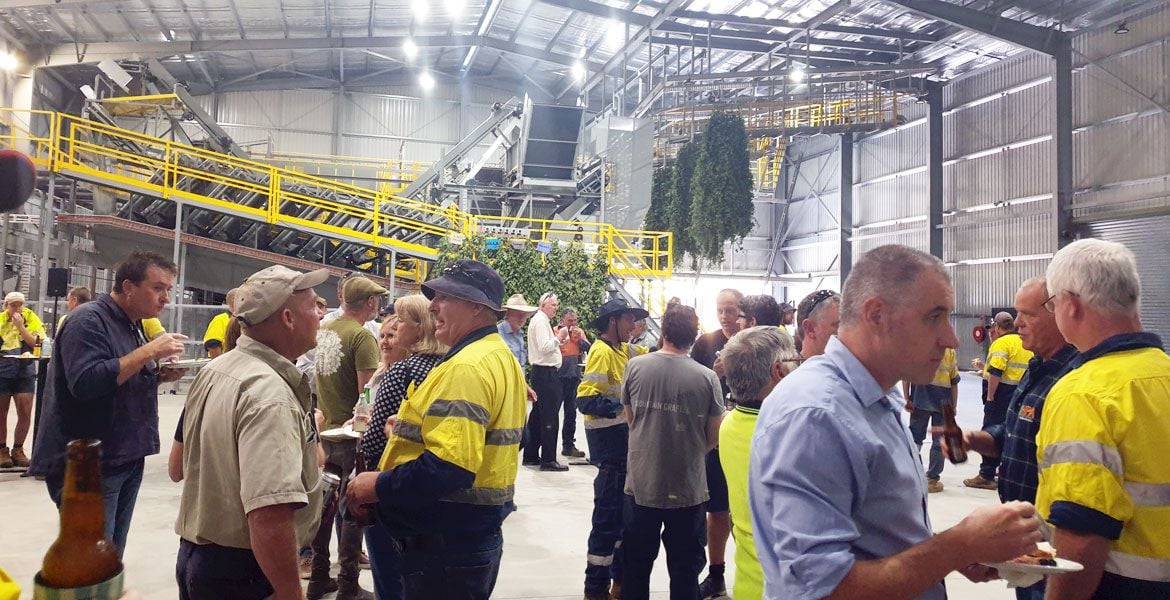 Hop Products Australia this week opened a new state-of-the-art processing facility in the Victorian High Country, a major milestone in their $35m expansion project in the region.

It will allow them to process Galaxy, Vic Secret and Topaz hops grown at the youngest of their farms, in Buffalo River Valley, on site as they look to increase annual production in Australia to 2400 metric tonnes by 2024. Yet already they're looking toward further expansion beyond that point as demand for Aussie hops continues to explode around the globe.

"Tim Lord [HPA's managing director] is flat out at the moment working with landowners to sort our long-term leases or purchases," says sales and marketing director Owen "OJ" Johnston. Their focus is predominantly on further expansion in Victoria, where he says there are fewer challenges in securing more land than in Tasmania.

As an example of the demand they're experiencing, he cites the 2019 Enigma crop. They enjoyed a "bumper crop" yet had no problem selling the extra tonnage.

The Buffalo River Valley farm sits around 10km as the crow flies from HPA's long-established High Country farm at Rostrevor, near Myrtleford; it enjoys similar climatic conditions and the same latitude too, which should allow them to use the same on farm practices and, thus, achieve outcomes consistent with hop varieties grown on either side of the Mount Buffalo peaks.

What's more, the new facility – featuring a Daunhauer picker and six kiln floors for those who know their hop processing plants – will also allow them to process all or at least the vast majority of hops grown at their Buffalo River Valley farm on-site, thus easing pressure on the Rostrevor team.

"Previously, with the 117 hectares in Buffalo River, we were transporting them down the highway to Rostrevor to do picking and drying," OJ says.

They fully expect to be hitting capacity again soon, however, with OJ saying they expect to reach that point in the High Country again by 2024 – the same year their current $35m expansion is due to be completed with the installation of a second Danhauer picker and six more kiln floors to handle the next 150 hectares of hops.

"We could drop in another 300 hectares now and it wouldn't finish [meeting demand] for us," he says, "such is the juggernaut that's Galaxy, Enigma and HPA-016."

There are high hopes for HPA-016, which has been doing the rounds as an experimental hop variety for a few years but is set to be the newest addition to HPA's permanent lineup. There will be a special event later in the year at which they'll reveal its name and showcase its qualities: a number of brewers will be invited to brew a single hop beer in whichever style they choose to be tapped on the day.

OJ says the variety sits within the citrus and fruit forward realm of the hop flavour spectrum, as it's where they're finding the highest consumer acceptance, particularly at a time when so many brewers are focused on creating fruit bombs. He describes mandarin as 016's defining characteristic, with "some tropical and piney notes" too.

"We think it's a space that hasn't been executed well to date," he says, adding that when measured for the way in which it presents within a beer: "It's high impact, like Galaxy is high impact."

He's hopeful it will be given time to grow within their portfolio too, despite the developments taking place within their hop breeding program.

"We've got great hops up our sleeve but it's about backing this horse. We need three or four crops to come in to get brand awareness and introduction to new product development, then that flows to contracting and I can prove it's a winner," he says, before offering words that could be applied to the wider brewing industry today.

"If we just go for the next shiny thing without backing 016, we're going to clutter our own air." 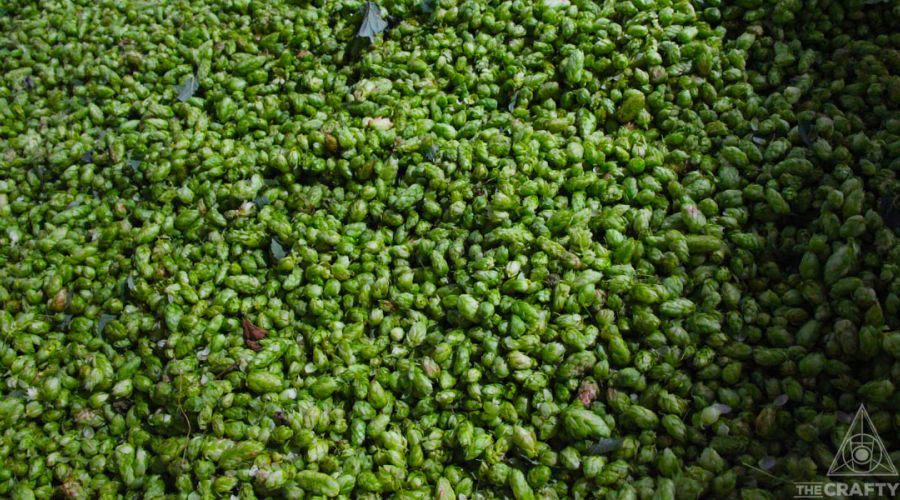