When your business model is built on serving up delicious food and beer in a fun, delightful and banter-filled space, where’s your business meant to turn when social gatherings become unlawful?

Many restaurants, bars and pubs have closed indefinitely while others have turned towards takeaway as lifeline to keep their staff employed. For Brisbane’s Mongrel, it's been a case of the latter – with a twist – after they turned to the fundraising site Chuffed to sell merch, hot sauce and pickles in the hope of keeping staff on.

Since launching their new model, they've pivoted towards a delivery service offering Mongrel Meal Packs, Isolation Survival Party Bags filled with ingredients, and even The Mongrel Mix: boxes of booze that come complete with recommended music to accompany your isolation drinking.

Mongrel co-founder Annie Bingley says they wanted to work out the best way to give people at home part of the bar experience while staying safe.

“A massive part of the appeal of Mongrel for a lot pf people is the atmosphere and the staff, and we’re kind of nothing without that interaction,” she says. “So, we were trying to think of ways we could interact without being close to anyone.”

The Mongrel approach to takeaway has been a little stricter than most: originally they only offered food on Tuesdays and Fridays with a short window during which people could pick up their food. Annie says they wanted to limit both food waste and the amount of time anyone would spend in the bar – staff included.

Now, they've decided to switch their approach and just deliver food within a five kilometre radius of the bar – no takeaway from the venue – with Annie saying they felt the need to further encourage people to stay home.

“We’ve changed our minds and we’re going to do contactless delivery because everyone should stay home and we’re not helping by saying, 'Hey, come out!',” she says.

“We’re not essential so there’s no reason to be put at undue risk if we can avoid it.”

Annie says they never thought they’d be in the business of delivering fresh food but with the (hopefully) temporary demise of gatherings, the team wanted to work out how to keep serving their community in Milton and the surrounding suburbs and paying employees.

“It’s certainly not what we imaged but we’re trying to meet a need,” Annie says. “If we can stop people going to the supermarket so they can get some groceries or eat a Rooben then we want to help until we can’t.”

To order up a delicious Rooben or some beer with a soundtrack, head here. 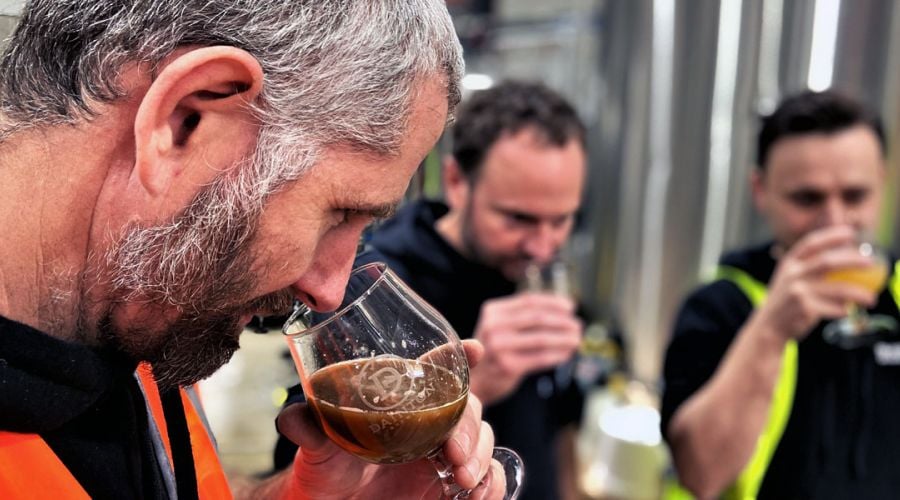