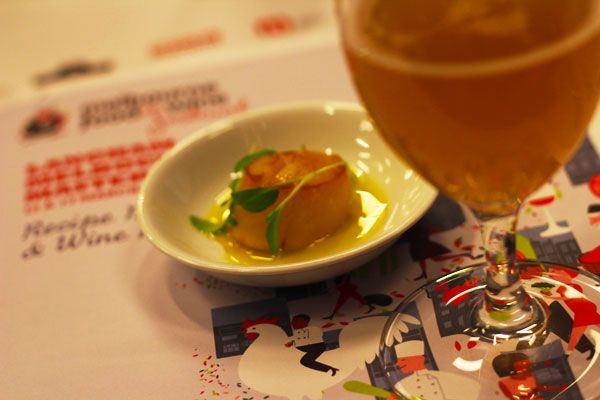 So, another winter has passed, one in which we were sustained by the finest array of big, dark beers ever to come out of Australia’s breweries. Now, we wait to see what treats the brewers have in store for us as the weather warms, no doubt an array of Oktoberfest / Marzen beers, a smattering that use seasonal ingredients and who knows what else. Being spring, it’s also the time when the world around us comes back to life: flowers bloom; trees blossom; and lambs gambol – well, at least until they’re served up as part of Melbourne Food & Wine Festival’s Spring Graze program.

Four Victorian breweries are taking part in the festival’s latest seasonal offering with two, Bridge Road and True South, making lamb a central feature. The former is combining a bunch of local ingredients in a pizza featuring Rutherglen lamb, Milawa cheese and Beechworth honey designed to be enjoyed with Bridge Road’s two recent single hop Galaxy and Stella IPAs, both of which will be appearing in packaged form any day now after gracing taps across the country in recent weeks.

At True South, whose Argentinean fare – in particular the short ribs – garnered a mention in The Age’s Good Food Guide coverage this week, love is in the air. Throughout September, Cordero… Te Amo (aka Lamb… I Love You) sees chef Mauro Callegari cooking up a two-course lamb and cheese special featuring Mount Leura lamb and Tarago River cowâs feta. Full details can be found here, with $35 also getting you a ricotta pudding and glass of wine or the brewery’s beer.

Elsewhere, as we mentioned before, Bright Brewery is offering the chance to become a brewer for the day and help brew their first ever IPA. That takes place on September 15, while at Otway Estate, where the Prickly Moses guys have been working overtime knocking out limited release beers, they’re focusing on another of the strings on their bow: their ciders. On September 10 and 11, they’ll be pairing their organic cider made from apples from the Gellibrand River and their semi-sweet draught cider with a locally sourced three-course menu, featuring crispy fried Otway pork belly and pan-seared gummy shark steak with a dessert or cheese plate. Prices start from $55.

Looking ahead to the main Melbourne Food & Wine Festival next March, word is that they’ve had more beer-related entries than ever before. We’ve been working on a few events with the festival team, details of which will be revealed when the final program is unveiled on October 18.