Aussies seem to have a weird fascination with Oktoberfest. When the original hits Munich, there are tents you can hit up where the Bavarians appear to be outnumbered by the Antipodean contingent, while every year seems to see more and more sprout up across Australia. To be honest, it’s not hard to see why: after all, what’s not to love about drinking beer, eating sausages, listening to oompah music and wearing knee-length leather dungarees? Well, the first two anyway.

There appears to be something going on somewhere pretty much every weekend throughout October (and other events that share the dates of the actual Oktoberfest, which kicks off in the middle of September and finishes on the first weekend in October). Among the longest-running is Bridge Road’s in Beechworth. Year round, the brewery offers authentic pretzels courtesy of founder Ben Kraus' partner Maria. Hailing from Austria – and with experience working as a beer maid at the Munich festival under her dirndl – she helps make it one of the most authentic, this year aided by the purchase of brand new traditional dress on a recent trip to Europe.

“As is tradition in Munich, we brew our own Marzen, or Oktoberfest beer, more than two months ahead of the event,” says Ben. “This allows for the beer to age or âlagerâ in tank for a prolonged period, resulting in a smooth, malty lager, perfect for such a celebration.”

It runs from 11am to 6pm on October 8 and 9 at Bridge Road. For more details, head here.

Also throwing a shindig is 4 Pines in Manly. They’re brewing four German beers for the month – Pilsner, Dunkelweizen, Kristallweizen, Marzen – and launching with a party on October 6. 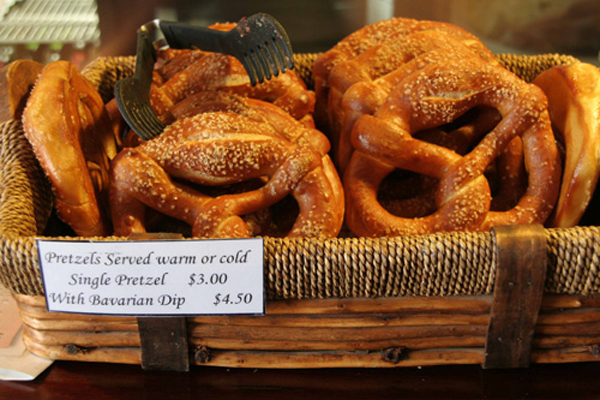 Co-owner Adam Mitchell says: “Obviously, being a microbrewery, one of our focuses is beer. A huge part of this relies on our seasonal and specialities, which are starting to gain a huge following. The Germans are known for their beer and this is a great opportunity to showcase some of the German styles we’ve done and have a little fun experimenting at the same time.

“I think one of the main reasons Aussies love these events is the drinking culture we have. We love a beer and anything surrounded by this is heavily supported by Australians.”

Down at Otway Estate, the Prickly Moses brewers have been working on a single hop IPA series that they’ll be offering to punters at a one-off tasting during their Oktoberfest on October 22. Expect the usual trappings too at an event that pulled 500 people last year. On the same day, Feral holds its Oztoberfest in Swan Valley.

On October 1, the Sir George in Jugiong, near Canberra, which claims to be the country’s oldest family run pub, will be showcasing a range of German beers from Zierholz Brewery. Entertainment throughout the day includes Canberra artists Mikelangelo & The Tin Star, The John Holmes Trio & Blackguycooper, while there will be a ferris wheel, jumping castle and face painting for kids. Entry is $15.

Meanwhile, there’s a series of themed events at Beer DeLuxe, kicking off with a BeerFun session on September 17 showcasing German wheat beers and lagers alongside local craft brewery versions. From then until October 3, the tap lineup will feature brews from Germanyâs Weihenstephaner, Erdinger, Schneider Weisse and Schlenkerla alongside German style beers from Bridge Road, 3 Ravens and a one-off from Mountain Goat brewed for the occasion and exclusive to Beer DeLuxe. Traditional German fair like wienerschnitzel, Bratwurst, Currywurst and more will be on the menu. 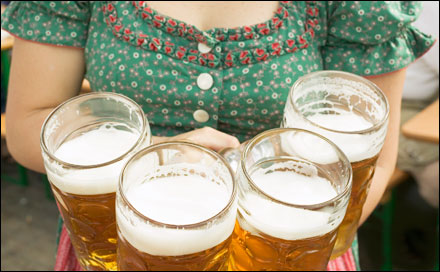 The Monk holds its annual celebration from September 17 too and has just taken arrival of steins for the occasion. Keep in touch via the venue’s website. And if you’re around Mornington on the weekend of October 28 to 30, Mornington Peninsula Brewery is holding its first Oktoberfest, with a Marzen brewed for the occasion and some Bavarian-themed silliness.

No doubt, there are some we’ve missed, but we’ll update as and when. If you’re a craft brewery or a venues specialising in craft beer that’s holding an Oktoberfest, email crafty@craftypint.com with details and we’ll get onto it.