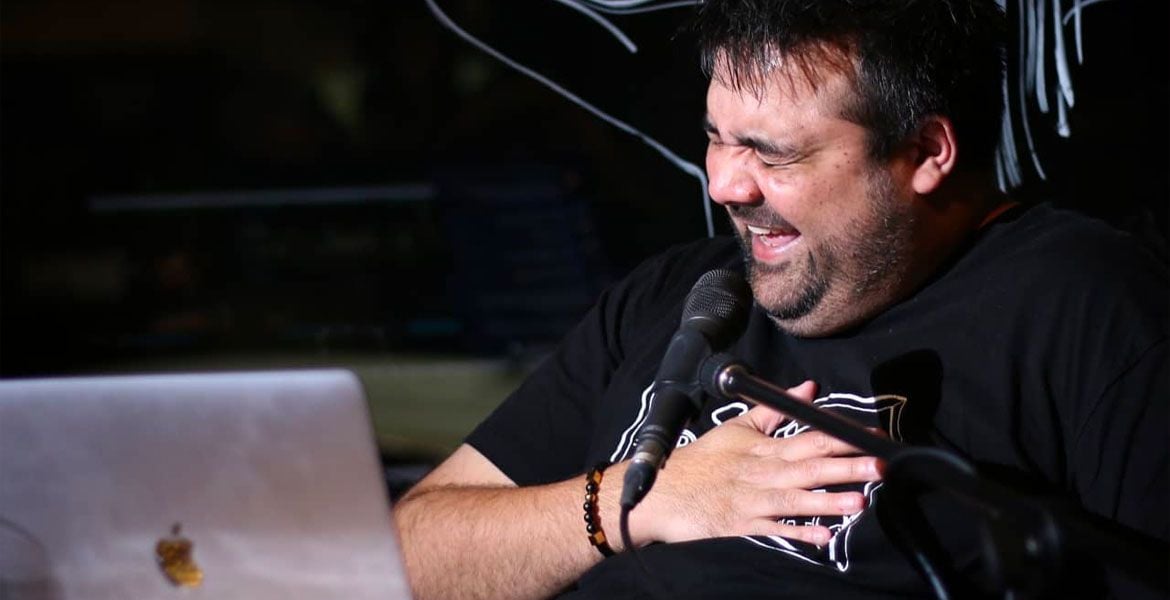 A white car pulling up to a servo in Wagga Wagga might be an unremarkable event for most of the week, but on a Tuesday night that fuel stop could be your ticket to win. That’s if you’re playing Servo Bingo, at least.

It's a livestreamed pub game created by the team at Thirsty Crow to provide a much-needed distraction as venues were closing due to the spread of COVID-19.

The game’s as simple as it sounds: each week comedian Dane Simpson sits at one of the brewery’s windows looking onto the servo and delivers a running commentary on what’s happening. As drivers disembark for snacks, utes pull up and tradies in hi-vis appear, your card slowly fills up and, if the right combination appears, you win.

The brewery’s head of marketing, Katie Galvin, says they launched Servo Bingo as a way people could stay connected to their local brewery during shutdown as well as offering a distraction from constant coronavirus news.

“Everyone was locked down and looking for things to do and needing a break from it all,” she says. “We wanted something that wasn’t COVID-related but was fun.”

To take part, all you need to do is buy a bingo sheet online – or from a number of local businesses if you're in Wagga – and tune in on Tuesday nights when the event is streamed via Facebook and Twitch.

Though they launched it during lockdown, Katie says the idea had been in the works for a little while beforehand, with brewery owner Craig Wealands involved in discussions before the brewery had to close.

“It’s just across the road,” Katie says. “There’s so much that happens in there and you can end up watching it.”

Now the Thirsty Crow has reopened, the game has a live audience too, with the evening also featuring a hot wing-eating competition and special rounds akin to those you’d find at a pub trivia game. And, while it took some explaining to get the Servo Bingo idea into people’s heads – including Katie's own parents – the brewery's regulars were keen to give it a go.

“We’ve got a lot of loyal customers who get around what we do and it just kind of took off from there.”

Local businesses have been among those to embrace the idea too, including pubs in Wagga who Katie says now "have rooms full of people playing along."

Servo Bingo runs from 6.30pm each Tuesday night; you can get tickets here and take part on Facebook here.

Photo at top of article by Hannington Photography.