The revival of the growler (and beer-filled milk bottles, CANimals, PET bottles, and your late aunt's favourite vase, for that matter) was one of the standout features of the first COVID-19 lockdown. The desire of brewers and venue owners to get keg beer into punters' hands saw sales rocket and growlers become like gold dust.

Given delays in bringing fresh supplies to these shores, there were many cases where businesses were opening their doors again before their shipment finally arrived. So, while the situation in much of Victoria is undeniably shite, at least Lockdown Mk II is giving people a chance to fill and sell growlers again.

This time around, that includes the team at Bright Brewery, who may well be setting a record for long distance home growler delivery. From this week, drinkers in Melbourne can order from a selection of beers previously destined for taps and have them dropped at their doorstep by the brewery's sales manager Evin Craney – renamed Mr Frothy due to the role he took on as beer-ice-cream-man when the brewery started adapting its operations as a means of #keepinglocalalive in March.

He says that during Lockdown Mk I their home deliveries across Melbourne took off far better than expected so this time around they were looking for a fresh approach.

“We initially thought the home delivery would be a single day a week and it ended up being six days a week for about two months," Evin (pictured above) says.

“We wanted to shift the model and knew people had had a taste for pubs and then that was gone all of a sudden.”

It also allowed the Bright team to turn a brewery-wide joke into a reality.

“Because the van I drive is bright orange and labelled, and me dropping beers off at houses, I made the joke one day that I was the Mr Whippy of alcohol,” Evin says.

It led to Bright’s marketing manager Laura Gray giving him the name Mr Frothy and, subsequently, their decision to launch the direct-to-home growler service. Head brewer Reid Stratton has since created four specialty releases for the service – a means of recreating the feeling of heading to your local for a new release – with more to come.

“Part of what’s lost in COVID is both going to the pub but also having to go somewhere that you can only get that beer in that spot,” Evin adds.

Back at the brewery's home base in the Victorian High Country things remain quiet, as they have been since the bushfires hit the region at the start of January. That led to them closing their doors for a few days, then re-opening for a few, then closing again, thus ravaging what's usually their busiest time of the year.

Then, as with their peers in the popular tourist region, just as they were ramping up for Easter COVID-19 led to the first lockdown. And now they're faced with a lack of visitors to the region plus a limit of 20 customers at a time indoors and outdoors – a mere eight percent of their capacity.

It means their decision over the past couple of years to focus on wholesale more than they had done in a decade has been timely, with strong sales outside the venue helping keep them afloat.

"The venue has been closed for about 70 days [this year]," Laura says. "With such a big venue, even to lose one or two days is a massive hit for us. We probably wouldn't have survived without wholesale [going so well for us] this year."

She says they enjoyed a significant boost to online sales during the first lockdown, something that's started to rise again in the past couple of weeks as traffic from Melbourne and NSW border regions has dried up.

"We've had a lot of cancellations from people that have had to cancel their trips, but we're getting a lot of support from locals and from other regional Victorian tourists, and it's good to be open," Laura adds.

As for the impact on the wider region – one that's home to a cluster of small breweries, some that have only opened in the past 12 months – she says it's been "a really tough year".

"This region relies so heavily on visitation. Every time we think we're about to turn a corner, something else happens. People are generally pretty positive and just keep going and winter is traditionally quieter in the region. But if we have another summer that's not that busy, people don't really know what's going to happen."

In the meantime, Mr Frothy and his growlers will play a role in keeping beer moving from the brewery and cash going in the other direction. Each week, a selection of kegs will be sent to Evin in Melbourne to be packaged into the growlers and dropped on people's doorsteps on Thursdays and Fridays, with the cut-off for orders on Wednesday night.

Customers can order within the same radius he was covering in the first lockdown: a 40 kilometre ring around Melbourne. And Evin says this time around he has an even better knowledge of Melbourne’s streets.

“There’s a bit more of a game plan here and the main thing I wanted is that, when I fill your growler, you get it that day.”

Acting more as a local milkman than Mr Whippy driver, beer buyers will have the chance to leave their growler out each week so Evin can swap it and get it safely cleaned too.

“That’s probably the hardest part of the process at the moment, but we’re basically treating it as a swap and go system.” 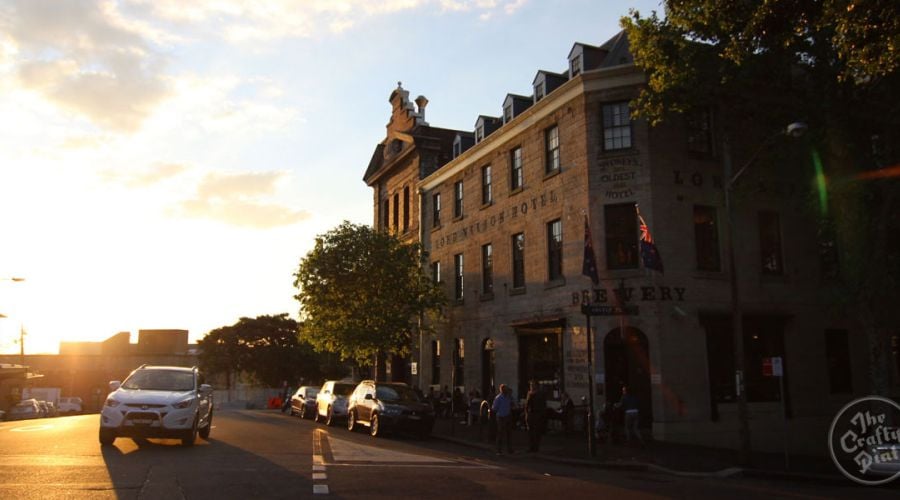