Back in the day, Ballarat Bertie was one of the Victorian beer industry’s iconic characters, a cheeky chap with bushy ‘tache and apron who beamed out from cans of Ballarat Bitter. That beer and the brewery that made it are long since gone, although the city’s ties to beer remain. The Prickly Moses brewers believe the hops they used in this year’s Wild Hop Organic Ale were originally grown for the beer, while the University of Ballarat has trained many of the country’s brewers. O'Brien’s knocks out its gluten free beers there, with Red Duck moving its brewing operations from Purrumbete to Ballarat in recent weeks too.

And now it’s to get its own beer festival thanks, in part, to the efforts of the great-great-grandson of the Ballarat Brewing Company’s founder. Simon Coghlan has joined forces with fellow hotelier Tim Kearney to create an event that will showcase local, regional and national breweries.

âBeer and Ballarat are two things I am very passionate about,â says Simon. âAustralia has some great boutique beers that deserve to be celebrated. Ballaratâs ties to the industry make it the perfect place to put on a festival to do that.â

The organisers have brought in a couple of home brewing TV comedians to MC on the day, with The 7pm Project’s Charlie Pickering and standup Danny McGinlay (see above) on hand to talk about McGickeringâs Brewing Industries, which is, apparently, âthe worldâs leading comedic home brewing enterpriseâ. Beer Diva Kirrily Waldhorn has also been lined up to educate the crowds on matching beer and food.

According to the organisers: “Visitors will be able to taste test new beers, learn more about the beer making process, visit catering stalls that sell food to match and even sample a few local wines.”

We can also reveal the breweries and brewing companies already signed up to appear:

The party comes to town on January 21 next year, when Ballaratâs City Oval will be transformed into “a celebration of great beer, good food and entertainment” designed to be “enjoyed by beer experts, summer festival lovers and families.” Tickets are on sale now through Ticketek with prices starting at $35. Early birds who book before October 31 will receive a $5 discount.

You can keep up to date with the festivalâs latest announcements on the festival website, on twitter at @vicbeerfest or by calling (03) 5331 6211. 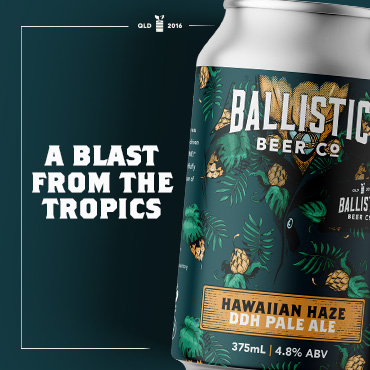