A few more tinnies than usual will be cracked in Stepney tonight, as Little Bang have taken out the inaugural GABS Can Design Awards. Their winning can is Face Inverter – a Citrus Super Sour first brewed for Carwyn Cellars’ Canvent boxes last year.

The second and third prizes were picked up by Melbourne brewers Moon Dog and Fixation for The Future Is Bright Solar Powered IPA and You’re On Mute West Coast IPA respectively. The former was brewed to highlight the vast solar setup at Moon Dog World; the latter captures the spirit of our suddenly Zoom- and Google Meet-heavy lives.

The man responsible for Little Bang’s label is Matt O’Connor, who regularly works with the brewery and whose work you can view here. Speaking to The Crafty Pint before he knew he’d won, Matt says he was pleasantly surprised to be shortlisted, particularly given the impressive array of cans entered for the competition.

Matt says the inspiration for the design came from the nature of the beer, which Little Bang co-founders Fil Kemp and Ryan Davidson told him would be a particularly tart treat.

“Because Ryan and Fil were going to pump up the sourness to crazy levels we wanted to do the same for the can and have it kind of bug out a bit,” Matt says, while adding they also took inspiration from Warhead lollies.

“We kind of got to this point where he’d sucked his mouth in so hard it went out the back of his head and he went into this dream state,” he says of the design.

Matt’s relationship Little Bang goes back some way: he worked with the brewery's founders when they were all in the video games industry, with Matt later helping them with a few of the earliest Little Bang bottle designs.

“I said I’d give them a hand for a couple of their first bottles and then here we are, however many years later, doing all this stuff now,” he says.

GABS festival director Craig Williams says he loves every element of the winning can design, including the copy along its side. He says Little Bang are a brewery that really focus on a range of design styles, with different cans telling different stories.

“I really feel like they’ve made design a really core part of what they do,” he says.

Craig says he’s been amazed by the response for the first year of the awards, with his desire to run it led by the chance to shine a light on those responsible for the good stuff in our hand beyond those making the beer.

“This really takes the spotlight and turns it away from the brewing team and puts it much more on the marketing team and the designers who wrap those beautiful beers up.”

He was also surprised by how much the industry got behind it; he'd hoped to attract entries from around 80 to 90 breweries.

“We had 127 which blew those expectations out of the water and, in terms of voting, it was on Hottest 100 levels, it was massive.”

Unlike the GABS Hottest 100 at the start of the year, here they took a slightly different approach. There was a hybrid model of voting with both beer lovers and a panel of design and advertising experts involved. Votes from the public decided the top ten and the expert panel made the final judgements.

“We looked at a lot of other design awards out there and wanted it to be a credible thing,” Craig says.

“We wanted to give some critical analysis from people who work in that industry who are really strong in the fields of creative, advertising and design.

“I think it’s nice to bring in people from outside the beer world to look at these designs and access them.”

For taking out the top prize, Matt and Little Bang will get their hands on the Orora Golden Trophy, with the Orora Group providing a free set of printing plates as the awards’ main sponsors.

“It’s a tangible prize that offers real value to a brewery,” Craig says.

Here's the ten beers and designers shortlisted for the 2020 GABS Can Design Awards. Shout out to Jessie Jungalwalla and the team at Craft Instinct for landing two beers in the top ten. Jessie's been responsible for all graphic design at The Crafty Pint since we met her on her return from Canada a few years ago and she's a bloody good egg! 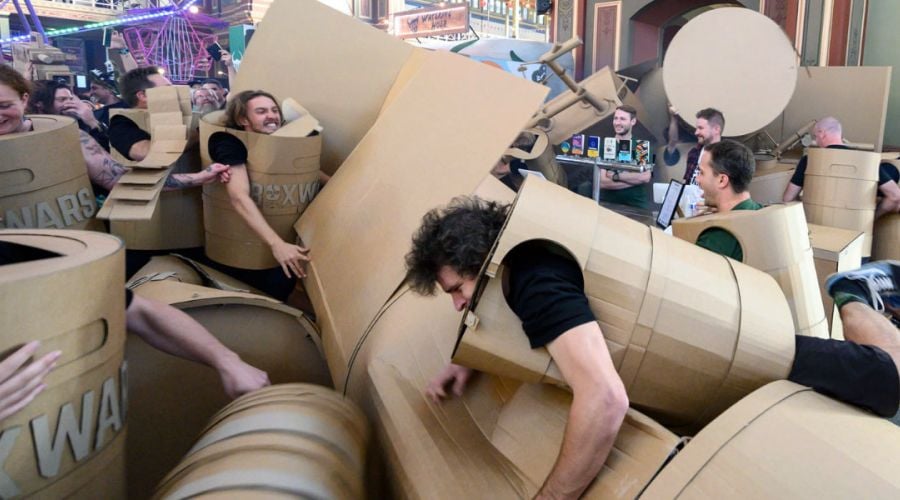