Time for our monthly update on goings-on with The Crafty Pint's beer club, The Crafty Cabal. And what a busy month it's been.

Wherever you are, inside or outside lockdown, there's a growing number of online deals we've recently added for members. With many breweries having moved to direct-to-customer sales through their websites, they'll be a big feature of the Cabal going forward too, as will online events.

Speaking of which, thanks to everyone who joined us for our first Virtua-Cabal event with 3 Ravens and thanks to head brewer Brendan O'Sullivan for being as informative and lovely a host as ever.

Before we get stuck into what's new, congrats to all the winners from our most recent case giveaways. Simon Keam, Sharon Page, Rob Boucher and Stacey Stirling each won cases of Fixation's flagship IPA, Kelly Whyte and Nic Van Dallen were successful in the ballot for mixed cases from Bright Brewery and Matt Aitken, Lachlan Mason, Andrew Welsh, David Harris and Dave Walls should each have received a case of Brick Lane's hoppy dark ale Revolver.

Perth BeerFest Is Back

Perth BeerFest returns to WA on October 2 and 3, bringing another dazzling lineup of local brewers, entertainment, masterclasses and more. You can read about the festival here and thanks to the organisers, we've got a stack of passes worth $70 to give away.

Existing Crafty Cabal members can enter a ballot via their member's area and we'll pick winners at random on September 22. Or, if you're thinking about joining the Cabal or have a mate who is, you can get a pass as a signup bonus when you join here.

Given the current restrictions across the country, entries are limited to WA residents.

You can view our competition rules here, then enter by logging into your member's area here or via The Crafty Pint app.

Rocky Ridge rose to prominence in a hurry in WA and have never looked back. In October, they're launching one of their most limited of annual releases and Crafty Cabal members can get their hands on the beer early to hear about it from the people behind it.

On October 17, we'll be beaming in head brewer Ross Terlick (or possibly brewery founder Hamish Coates - TBC!) and our main man out west, Guy Southern from Goodtimes Craft Beer, at 3pm AWST / 6pm AEDT for a live tasting of the beer plus two other "mystery" Rocky Ridge beers.

Register for the event now and you'll be sent a link to order the special beer pack; we'll send out a link to the stream closer to the time.

Given the impact of COVID-19 on postal services, we recommend Cabalistas order ASAP if they want to be part of the event fully prepared with beers in their fridge!

As winter moved to spring, Canberra's Capital Brewing added a new XPA to their lineup. You can read about the beer here and if you want to get your hands on some fresh cans, the brewery has given us four cases to give away.

Speaking of new core beers, Pirate Life recently added the pale ale South Coast to their lineup and we've got four cases of that beer to give away to members too.

We've added a whole stack of new deals recently, both online and in venues and breweries:

Well, we make that 20 new deals added in just over a month, which is approximately $10 of the annual membership fee. Not bad going! Hopefully you're able to take advantage of at least one or two wherever you are and whatever your situation.

There's going to be loads more like this coming, plus more in-venue specials as things continue their return to normal, as we make sure a Cabal membership is the best money a beer lover can spend.

While we've got plenty in the pipeline, given we're working on a new look and a bigger and better beer club set to launch in November, if there's anything you'd like to see from The Crafty Cabal, drop us a line. We can't promise we'll deliver on every idea, but the more the merrier.

Until next we meet, online or in the flesh, stay safe – while #keepinglocalalive of course. 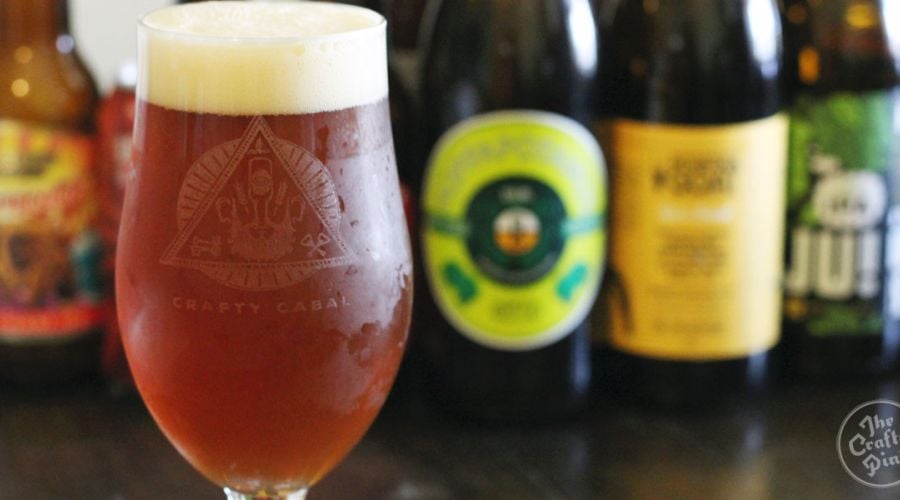 The Perks Of Being Crafty

If things like free beer, exclusive events, competitions and free festival tickets get you excited, you should become a Crafty Pint supporter by joining The Crafty Cabal. Here's a short video explaining how it works. read on