So, there you have it: a new winner in the GABS Hottest 100 Aussie Craft Beers as BentSpoke finally make the upgrade from bridesmaid to bride. Their flagship Crankshaft IPA moved ahead of the winners of the past five polls as Stone & Wood Pacific Ale moved to second, with Balter XPA in third in another record year for votes: almost 40,000 people cast close to 200,000 votes for 1,951 beers.

I spoke to BentSpoke co-founder Rich Watkins for the ACT entry in our 2020: The Year In Beer series at the start of the week. When conversation turned to the poll, I said I figured Crankshaft was going to go well again (this was before I'd been sent the embargoed results by GABS), but he was having none of it, citing reasons why a number of others would do better.

"I think our cycle is over," he said.

He couldn't have been more wrong, with the cycle-referencing brewery reaping the rewards for brewing great beers across the board and campaigning smartly for each year's Hottest 100 poll. Crankshaft is one of five BentSpoke beers in a poll that saw consolidation on one hand, and some surprises on the other.

There were highly impressive showings from fellow Canberrans Capital (seven beers), Black Hops (seven beers including G.O.A.T. as the highest new entry at five), and Balter, Your Mates (whose Larry Pale Ale rose one spot to fourth) and Modus Operandi, all of whom saw five beers make the 100.

Further down the list, Hawke's Brewing – launched in partnership with the late Bob Hawke – debuted with no less than four beers, Sharks-related startup Cronulla Beer Co came from nowhere to land at 52, while pale, hop forward beers made up around 75 percent of the top 100.

We'll have more on the stories and trends we spotted in this year's poll in our analysis article, with Queensland and the ACT enjoying another stellar year and Victoria's brewers stemming years of falling numbers to claim one-quarter of the spots.

Mike Bray, who bought the GABS Festival and the Hottest 100 poll from founders Steve Jeffares and Guy Greenstone in 2019 and has since gone on to create the first Summer GABS events in Queensland, told The Crafty Pint more than 200 breweries received votes in 2020, describing it as, "absolutely fantastic to see the how craft beer becomes such a conversation in January each year with fans and breweries alike."

He added: "The more people talking craft beer, the more people drink craft beer, and to have record numbers voting in the GABS Hottest 100 again this year – and see the incredible movement on this year’s list with 36 changes from last year – just shows how strong the market is and how hard it is to stay in the top 100."

In his first full year at the helm, he said he was impressed by the creativity levels from brewers in activating their fans bases. In terms of punter involvement, they received well over a thousand requests to add beers the country's beer lovers wanted to vote for.

"There is no downside to being part of the GABS Hottest 100," he added. "It’s a celebration of Australian craft beer for brewers and fans."

You can check out the full rundown, including our comments, insight and live analysis below, or check out an unadulterated version of the table here. You can find our analysis article here, and look out for the stories behind the story next week. Thanks for taking part. Congrats to all the brewers that got involved. Same time next year?

2. Stone & Wood Pacific Ale – Read our deep dive into the story of this game-changing beer.

3. Balter XPA – Read our take on the beer here.

4. Your Mates Larry – Read our take on the beer here.

7. Balter Hazy – Read our take on the beer here.

9. Young Henrys Newtowner – Read our take on the beer here.

10. BentSpoke Barley Griffin – Read our take on the beer here.

OK, things are starting to get serious now as we head towards the pointier end of the poll. Plenty of familiar faces, but also a new one from a bunch of WA legends in another ten featuring nothing but hop forward beers.

With 4 Pines Pale Ale back for another year at number 30 and Balter’s Captain Sensible returning at 42, that run of indie brewers in a clutch that’s all about the hops: seven pales / XPAs, two IPAs and a mid-strength.

It’s another straight run of beers from independent breweries, including the lager lovers at Heads of Noosa who make their first appearance.

It’s time for the indies to shine, with this bracket the first in 2020 to feature none of the brewing companies now owned by multinationals.

You can check out the hop-focused live stream we hosted with Akasha and Hop Products Australia late in 2020 here.

And it’s time to welcome Black Hops, Balter, Modus Operandi, Mountain Goat and tiny startup Cronulla Beer Co to the Hottest 100 of 2020. They enter in a bracket with heaps more hops, haze and a sweet, spicy stout.

Time for some more lager love as we hit 61 to 70 in the 2020 GABS Hottest 100 Aussie Craft Beers; three more make it into this ten, alongside more pales, another sour and Australia’s first ever milkshake IPA.

There’s yet another appearance for poll stalwarts Bridge Road and Coopers (who only missed out when they didn’t enter any beers one year) plus another couple for Canberra’s Capital in a bracket that sees hops continue to dominate.

It’s a diverse opening bracket featuring two mid-strengths, two sours, two-and-a-half IPAs (Hop Hog was once classified as one) and even a dark beer, something that’s become ever more rare over the years. 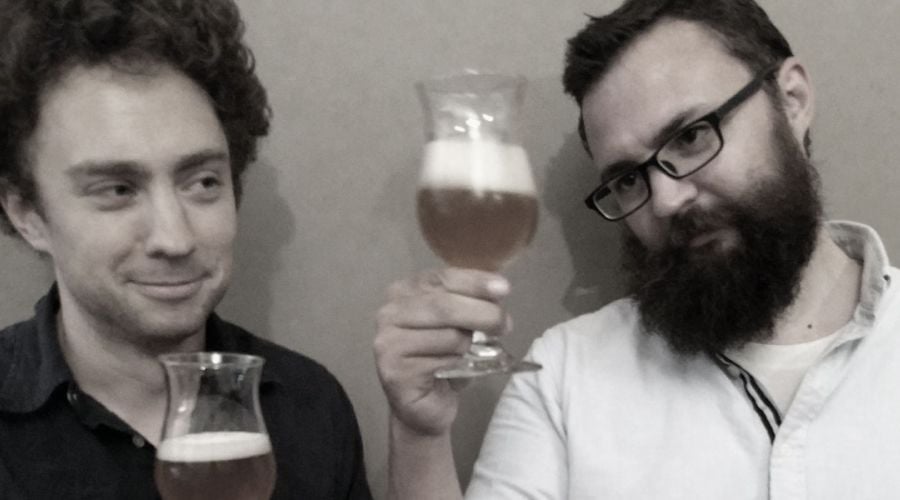