UPDATE: Batch closed their equity crowdfund on April 2 after hitting the max target of $1.5 million with a month still left on the clock, setting a number of records along the way. It's the largest alcohol-related raise in Australia, and the fastest alcohol raise to hit its max target after going public. The average investment was $2,200 across 679 investors.

There's a famous quote associated with legendary American TV producer Don Ohlmeyer: "The answer to all your questions is: money."

While you could pick his assertion apart, it's often the case in whatever walk of life or industry you're in, and that includes beer. A lack of money could sink a favourite brewer, or at least hold them back, just as the opposite could help them unlock their dreams and help create something special.

And that's the case for one of the pioneers of Sydney's inner west brewing scene as they become the latest brewing company to head down the path of equity crowdfunding – something we explored when it launched here in late 2018 – as they look to expand outside Sydney and open a series of new taprooms.

While no locations have been locked in to date, brewery co-founder Andrew Fineran says people could expect to see Batch pop up within a two to three hour drive of the NSW capital. The plan is for the taprooms to pour beers brewed at Batch's existing breweries and by contract partners.

“There are a plethora of other small village suburbs in Sydney that probably have a perfect spot to slot in a taproom where the local community can easily access it for a drink after work, or on the weekends without much hassle," he says. "We really need to just get out and explore these gems and see if we can uncover some great opportunities out there."

Batch currently operate two brewery venues in Sydney: their original home in Marrickville and the limited release-focused Small Batch in Petersham. Between the two sites, they produced 345,000 litres of beer in 2020 and, while they already have some presence in Victoria and WA, they're keen to expand further within NSW before looking further afield.

"Our first phase of this raise is to launch this style of model and get it working for Batch and in the Batch way," Andrew says. "Once we establish proof of concept and that we can keep our brand ethos intact across up to five venues, then we’ll look to move this interstate. Which state is first, who knows!"

While expansion is the main goal, Andrew says ensuring the Batch ethos remains intact is key. They put sustainability at the centre of their business operations and their original home has always acted as a community hub as much as local brewery and bar. What's more, it's a place that's proving a breeding ground for many people doing good things elsewhere in the local beer scene today, as we explored in this article a couple of years ago.

“We feel what we do is unique," Andrew says. "People respond to it and we’re excited by the opportunity to share it with more beer drinkers – so that sits at the core of what we’re doing.

"It’s all about trying to take a little piece of Batch and bring it to others so they get to experience what we have in the Inner West.”

If you want to read more about Batch’s plans, or to register an interest ahead of their crowdfunding opening later in March, head here. 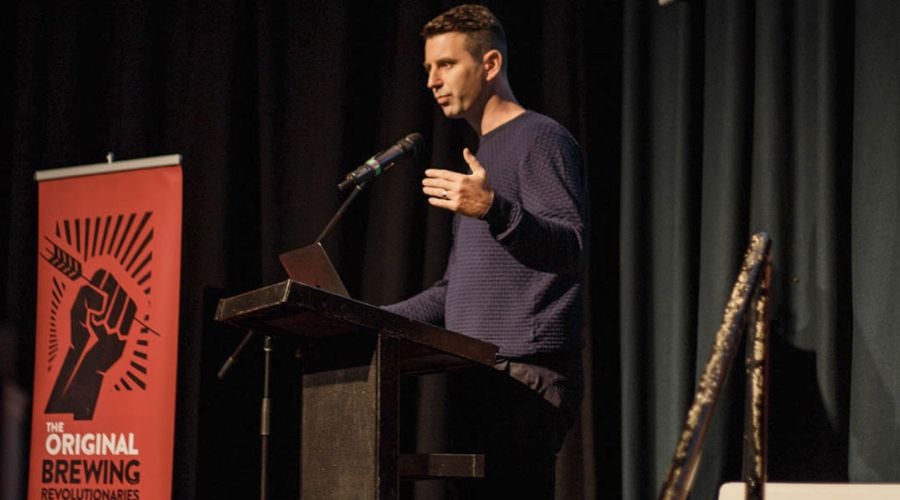 Since it became an option in Australia late last year, a number of breweries have launched equity crowdfunding campaigns. But none of them have been in WA or SA and, according to crowdfunding platform Birchal, that's because they can't. read on The title of this article may be a little misleading as the latest person to appear in our featured beer blogs series isn't an Aussie. Hannah Louise Grugel is a Brit who started writing about beer in the UK and has continued since landing in Sydney last year. read on