BrewDog opening in Brisbane late in 2019 was only ever going to be the beginning, and the Scottish brewery’s big plans over the next two years are certainly ambitious. They include bars or breweries for Sydney, Melbourne, Perth and Auckland, plus a sustainable craft beer hotel similar to The DogHouse in Columbus, Ohio, for Brisbane.

Leading the way for them in both Australia and New Zealand these days is Ed Bott, an Australian who moved back home towards the end of last year after spending close to a decade working in the beer industry in Germany. Initially, that was for the AB InBev-owned Becks before he joined BrewDog and helped the brewery find a market for their beers after they purchased Stone’s Berlin site in April 2019.

“What I’ve been doing in Germany is very much what I’m trying to do in Australia now, which is the commercial piece of sales and distribution,” he told The Crafty Pint.

Ed says his move to Brisbane was driven by a desire to return to Australia.

“Australia is in its absolute infancy,” Ed says of BrewDog's position here. “Even compared to Germany now, and very much so compared to America, and definitely compared to the United Kingdom, we’re very much the toddler of the family of BrewDog.”

That does mean there’s a handbook for raising BrewDog children, however; Ed says they know what works well in other countries, hence plans for their Australian hotel to open across the road from DogTap Brisbane, which is also set for a capacity expansion. DogHouse Brisbane will include shower beer fridges, have a focus on sustainability in keeping with the company’s carbon-neutral credentials, and will also, of course, cater to canine guests.

“We’ve got the plans drawn up,” Ed says.

“It’s right across the entrance to DogTap here, where there is an empty block, and we’re just working it all out in terms of how it will look and dates to build. We’re talking towards the back half of next year in terms of having it ready.”

Aside from the hotel, the brewery is looking at multiple sites in multiple cities; Calvin McDonald, who was BrewDog Australia’s head of operations, is now focusing more directly on the hospitality side of the business.

Ed says they hope to have a brewpub in Auckland open towards the end of 2022 or early the following year and, while they’re keen on brewpubs in Melbourne, Sydney and Perth, those might end up as bars instead.

“It comes down to what’s available and what works,” Ed says. “We would love to have a brewpub in Sydney, a brewpub in Melbourne, and a brewpub in Perth – places we can actually brew. But if the sites are unavailable then we’ll still take a very large bar.”

To help fund those plans, they've again turned to their fans. Equity For Punks initially launched in Australia late last year with a closing date of February 11 and has since expanded to include New Zealand before being extended to the end of this month.

The local Equity For Punks Tomorrow campaign set a maximum goal of $10 million and has surpassed $600,000 to date with close to 900 investors at the time of writing. Ed says it’s not uncommon for BrewDog to extend their fundraising campaigns; he hopes to reach somewhere between $650,000 or $700,000 by the time it ends.

“For me, the more important point is we’ll hopefully have very close to a thousand investors in Australia and New Zealand and that's just brilliant. You’ve then got a community who are hopefully advocates for BrewDog, in amongst everyone in Australia and New Zealand, who feel very proud to own a piece of us, and we can make them feel proud with the plans that we've got.”

As for the future, he says: “BrewDog itself will adjust itself to Australia. We’ve entered with just classic BrewDog beers but we're definitely going to be introducing more and more beer styles that we feel better fit the Australian market.

"My own longterm vision and James [Watt, BrewDog’s co-founder] and the [local team's] is to create not just a replication of BrewDog from Scotland here in Australia but to create BrewDog Australia with its own stories, beer range and own life. That’s crucial.”

Details of BrewDog's latest Equity For Punks campaign can be found here.

Articles by Will
brewdog 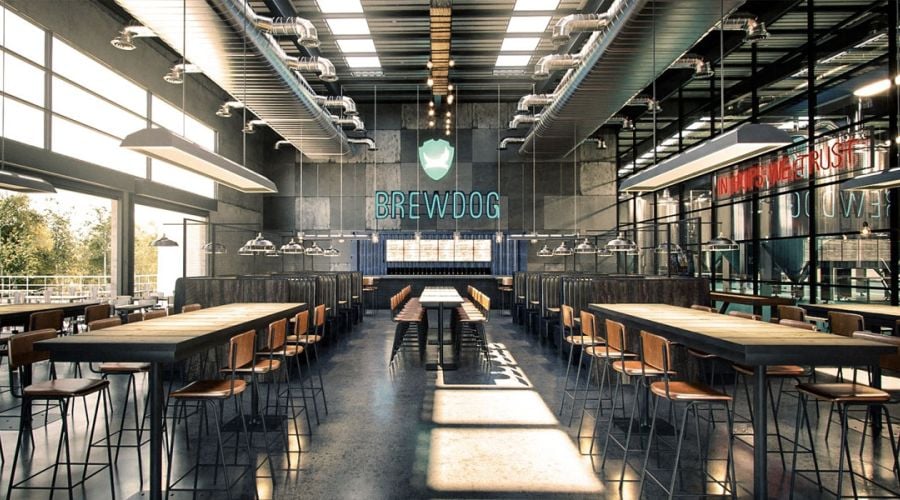