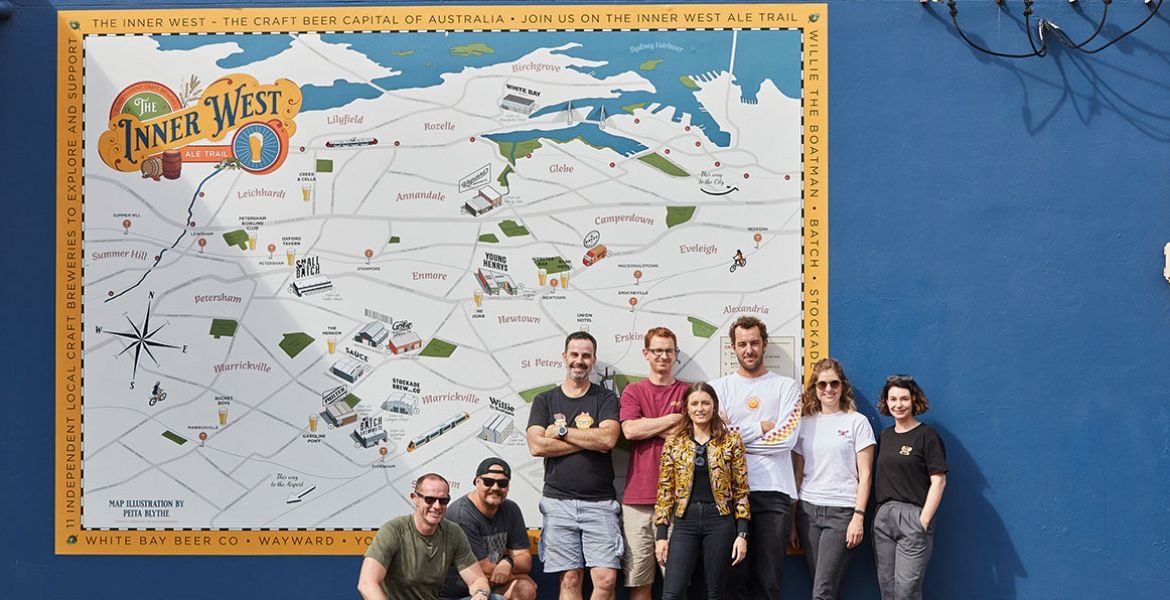 Beer tourism is an oft-touted economic benefit of the rise of local breweries – and regional areas aren't the only places to have reaped the rewards benefit.

Good Beer Week and GABS, for example, have long been effective at enticing beer fans to travel great distances to Melbourne – something organisers will be hoping to recreated this year if state borders remain open – and in recent weeks two inner-city beer trails in two capital cities have been launched, with both receiving government funding in recognition of the economic potential they bring.

In the case of Sydney’s inner west, it's more a case of relaunching after the Inner West Brewery Association (IWBA) received funding from the NSW Government as well as support from the Inner West Council to revamp their Inner West Ale Trail. It features a detailed map showcasing 11 independent inner west breweries, along with other good beer haunts in the area, and was designed by local illustrator Peita Blythe.

To bring attention to the trail, printed brochures are available in participating breweries and venues, a new website features an interactive map telling each brewery's story, and a large public mural is on display at the intersection of Edgeware and Enmore roads (pictured above, with some of the IWBA's members).

Mike Clarke, president of the IWBA and owner of Sauce Brewing, says they felt the trail was in need of a refresh and, with one of the key aims of the association being to encourage tourism, they applied for a state government grant last year.

“COVID really threw everything into turmoil last year but visitation is getting close to where it was,” he says. “It’s different though; certainly you have a lot more locals coming in and tourism is a smaller portion of everyone’s business.”

And, while tourism might be coming back in some areas, Mike says the government recognises people aren't returning to major cities like Sydney and Melbourne as much, so are working on ways to support the recovery of local businesses.

“The New South Wales Government is certainly working with us to try and boost visitation to Sydney, so this is part of that,” Mike says. “They definitely want to get people from more places into the cities from elsewhere.”

With more breweries than any other suburb in the country, trying to visit to Marrickville's many breweries in a single day – and actually enjoy your time at each – isn't really achievable and Mike says the sheer number of inner west breweries supports restaurants, accommodation and other local operators.

“In that sense, it actually builds up other businesses in the area as well, which is awesome,” he says, adding that the rising tide of breweries is still lifting all local beer.

“We definitely do lift each other up, I mean we’re competitors but we’re not really competitors – coopetition is my favourite word."

In Melbourne, Collingwood is a suburb where it's easy to draw parallels with Marrickville. Both are a short distance from their respective CBDs and often considered close to the heart of their city's hipsterdom. And, while Collingwood may be a little shy of Marrickville's volume of breweries, it also has its own brewery trail.

Launching in mid-March, The Collingwood Beer Trail features Molly Rose, Stomping Ground, Fixation, The Mill and Bodriggy, with each of those breweries (OK, the last of those is technically in Abbotsford) offering free maps for self-guided tours of the area. The new trail's website comes with an interactive map of postcode 3066 and anyone keen on visiting the breweries can buy a Trail Pass for $30, which gets them samples at each brewery; $5 from each pass is given to a local charity, with the chosen cause changing over time.

The trail has been supported by a $20,000 Precinct Recovery Grant from Yarra City Council, with a spokesperson from the council telling The Crafty Pint the council supported the trail for a number of reasons, including its ability to have a positive economic impact.

“As well as visiting and supporting the five breweries,” the spokesperson says, “the nature of the trail – walking between the venues – lends itself wonderfully to patrons rediscovering [the City of Yarra].”

As well as featuring the five breweries involved, The Collingwood Beer Trail also showcases local coffee roasters and galleries; with Yarra City Council saying they hope the trail will encourage people to visit the myriad local cafés, bars and restaurants in the area and help them become more conscious of supporting local creators and makers in the future.

The council was also encouraged by Molly Rose founder Nic Sandery’s application for the grant, which spoke to how closely the breweries worked in collaboration.

“In their application, Nic told us that, with multiple breweries in such close proximity to each other, you could be mistaken that there is competition between them, but the reality is quite the opposite – they all work together, share brewing ingredients, share knowledge and support each other.”

Photos of the Inner West Ale Trail by Yianni Aspradakis.

You can find all the above breweries and hundreds of other good beer venues across Australia, plus beers, events, special deals and more in the free Crafty Pint app. 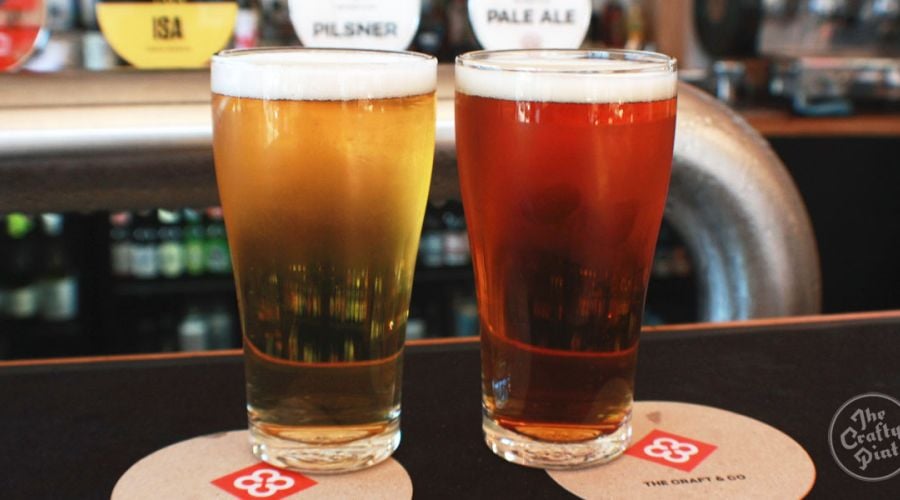