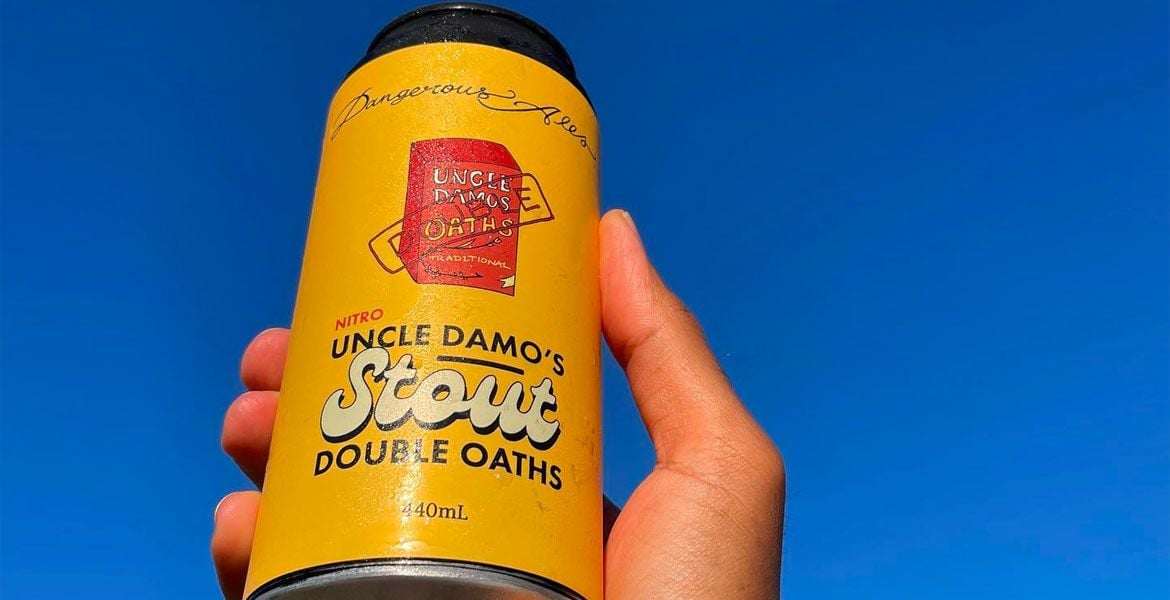 When you're launching a new brewery in regional New South Wales, you're probably going to want to ease the people you hope will become your regulars into your world gently. Alternatively, you could just go with a barrel-aged, mixed ferment saison and let them know from the off they're in for a ride.

While he waited for stainless steel fermenters to arrive as Dangerous Ales took shape in Milton, that was the route Damien Martin chose; 18 months on from launch, he's preparing to replace their 500 litre Braumeister with a four-vessel, 20 hectolitre brewhouse that will allow for an 800 percent increase in production capacity, a move which suggests things are going alright.

That said, visit the brewery's home at the Milton Hotel and you won't be met by a wall of funky farmhouse offerings. Lagers, pale ales and the like do most of the heavy lifting in terms of volume, freeing Damo to indulge his passion for the sort of beers he enjoyed concocting at home before moving into the world of the commercial brewing at the former Commercial Hotel.

"I started brewing pale ales then big Belgian beers then sours," he says of his pre-Dangerous Ales days. "Now we brew a lot of hazy IPAs, imperial stouts, and double IPAs for cans, and more traditional beers for the hotel as our clientele is primarily people wanting pales and lagers."

It's a proper family affair too: Damo's father-in-law helped get the project off the ground; his brother-in-law works alongside him in the brewery; his wife handles the back of house operations; cousin Kate Hart is responsible for the logo and illustrations that adorn the cans and decals.

At time of writing, you could find Dangerous Ales in a handful of outposts outside their home region – Plonk in Canberra, a couple of Sydney restaurants – as well as independent bottleshops between Wollongong and Narooma. But the Milton Hotel is the brewery's home.

"It was the Commercial Hotel – and it was a full-on dive," Damo says of the pub on which they have a ten-year lease. "Everything was 70s and 80s – lime snot green.

"We went through a big reno – built a new kitchen, refurbished it, painted it."

More recently, such work has been focused on the building housing the brewery instead.

"We're pulling down the three-door garage shed behind the hotel and putting up a bigger shed."

As for the brewery's name, it stems from its founder's nickname; prior to bringing Dangerous Ales to life, Damo spent years mixing life as a chef – hence the logo – with "chasing the surfing dream".

"I used to get paid to go surfing and body-boarding – from Scotland to Tahiti to WA," he says of his time as a big wave bodyboarder.

These days, he might be focused on get his beers right, rather than chasing the thrills of The Right, but is still having plenty of fun, as indicated by the unique label designs and merch offering, which includes terry towelling bucket hats.

"I grew up wearing them like a little surf rat," he says. "It was a one-off, but I'm definitely ready to do another one."

As he moves closer to installing the new brewhouse, we invited Damo to take part in our long-running Who Brews...? series.

We are a family-run and owned business. I convinced my father-in-law to invest to help get the business up off the ground two years ago.

In the brewery, there is myself and my brother-in-law Jack Bell; between us we brew and package all the beer.

I've been a chef for 20 years and Jack was studying construction management. We are both now studying Cert III in Micro-Brewing.

I wanted to make all the food and beer for my wedding, so I learned how, and the rest is history.

Growing up my nickname was Dangerous Damo – I was a professional big wave bodyboarder in a past life.

Uncle Damo's Double Oaths Oatmeal Stout (see photo at top of the article) – it's a mix of everything that is me and because it's a really good beer.

Either early 2000 punk or early 90s hip hop. Unless Jack has control, then it’s probably something questionable, haha!

Independent bottleshops from Sydney to Narooma and more recently in Canberra. And, of course, poured on tap at The Milton Hotel – The House of Dangerous Ales.

You can keep tabs with Dangerous Ales via Instagram or call into the Milton Hotel at 74 Princes Highway, Milton. You'll also find them and hundreds of other breweries and good beer venues across Australia in the free Crafty Pint app, designed to help you find good beer wherever you are. Melbourne is home to many suburban breweries with Richmond one that's played an essential role in the development in craft beer for decades. It's now home to Nice Guys, which brings a new aesthetic to the local beer scene. read on