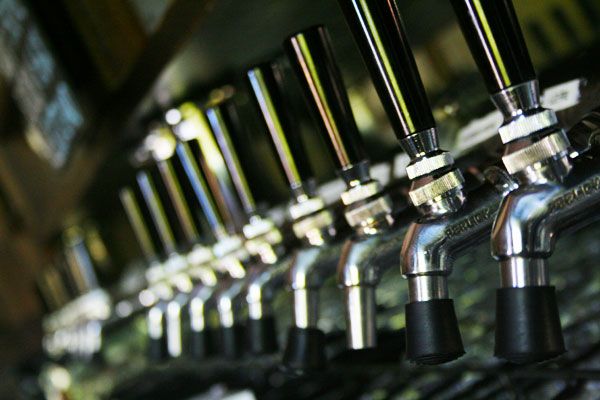 Since publishing this comment piece on the current situation regarding the formation of a national association for craft brewers in Australia, we have been contacted by Craft Beer Limited. They were planning to send an open letter to members of the craft beer industry and, on the back of the discussion that’s been prompted in the last 24 hours, have decided to release that now.

Here, in full, is that letter. If we receive something from the Australian Real Craft Brewers Association, we’ll publish that in full too.

An open letter to the Craft Beer Community

Please grab a beer, sit down, relax and have a read.

It has been just a couple of weeks since we have taken the long awaited step to formally create a national body to promote, protect and grow Australian craft beer. The memberships are growing with many new full brewer members, Associate Members already on board, and quiet a number of individual members also keen to be involved. To ensure we maintain the momentum we have also started working towards the milestones laid out in our prospectus.

We are conscious of the need to continually engage with the craft beer community and want to ensure that we address some of the commentary and opinions around the launch to ensure that everyone is clear on our purpose and approach. There has been a lot of discussion and debate in various forums and over many beers around the definitions and concerning issues from all corners of the industry. We applaud the conversations and passion that is being shown by the people within our industry and we are excited by the incredible pride that is expressed by people talking about the businesses they operate.

As a group of individuals we have taken a big step in deciding to take action and get the wheels in motion towards establishing a national craft beer body.

Letâs firstly clear the air about who has instigated this. We did this off our own back, there was no agenda set from any brewing company, just a group of individuals who came together to see if it could be done, and if so how. After a number of group discussions we then engaged with a wide range of brewers of all sizes. The large brewers found out about this initiative at the same time as the rest of the industry, they had no inside running and we tabled and discussed their feedback along with the rest of the initial rounds of feedback from all the brewers. What was clear from the get go was that the large breweries were all keen to be involved despite the fact that they individually will be only one of more than 100 brewers in the association and therefore will have no more influence over what the association does or says than the smallest member. They all see the association as being long overdue and a great thing for the promotion of beer. They all want to support it because they realise that it will help grow the market. In fact, Little Creatures recognised how much work needs to be done and they have the resources to help out, so Miles Hull has joined us on the steering committee.

So why did we take the leap to start this?

Because we all share a common sense of community, we all share a view that to form a successful industry body you have to park your personal interests, turn down the emotional interference and be prepared to put some hard work into doing what is right for the industry that has been so kind to us.

We knew it wasn’t go to be easy; otherwise it would have happened years ago. We knew that it would be difficult to get everyone on the same page, because even amongst our small group there was diversity of thought. We knew there were a lot of issues within the industry that had been talked about for ages, but none had really been successfully addressed. We knew the industry needed a collective voice to tell its story, but we also knew that to some extent there was more storytelling being done by others outside the industry.

The fact that the craft beer industry is growing rapidly is due to the increasing consumer interest and demand, which is being fuelled by the efforts of the dynamic and diverse craft brewers we have in Australia. This rate of growth is positive and we all want to see it continue, however there needs to be an industry body that looks after the long term interests of the collective industry to ensure that the growth we are achieving is sustainable over the long term.

Beer is a demand economy, which is obviously driven by consumer demand for a product. So the industry needs to be conscious of balancing supply with demand. An explosion in brewery numbers and production volumes without a similar rate of growth in consumer demand can lead to oversupply of product which will not be good for anyone. We are probably fortunate enough at the moment to be seeing demand slightly ahead of supply therefore we are seeing the organic growth in existing breweries and a number of successful new start ups. Continuing to grow that demand is a critical element for the long-term sustainability of our industry and ALL of the brewers.

This requires everyone to step back and take a broader view of the market and the industry and establish a truly representative association that can be focused on sustainability.

Over the last seven months we have engaged all elements of the industry, from the small, medium and large brewers, to the state bodies, and a range of industry stakeholders such as suppliers and highly engaged commentators and drinkers. We received a massive amount of input from all, and whilst there was some positive perspectives put forward that helped guide us in building a framework to establish the national body there was also contradictory and or negative points of views tabled, and a lot criticism directed across the industry and lots of issues that people wanted addressed as the association was established.

We adjusted our prospectus a number of times to incorporate the feedback that we felt was uniform and required to help establish the association. Any feedback or input that would have prevented us from creating a truly representative association was considered, but not acted on whilst we were in the establishment phase. The members and board of the association now that it is up and running should address some of the issues people have raised.

There seems to be a line of thought that associations are just about “issues management” and they provide an opportunity to attack parts of the industry (other brewers and trade etc.), which is all very negative and reflects a real bunker mentality. We could understand this if the industry was under attack, but given how fast its growing and the great opportunities ahead it just doesn’t make sense to take such a negative perspective.

A lot of the debate and discussion has also centered on trying to define craft beer. We aren’t surprised by this, as we had spent considerable time on this as a group ourselves, but we soon realised that it was not going to help us move forward and get things set up. We agree there needs to be some work done to clarify the offer but believe that will have to happen over time through the future work of the association.

A negative and divisive industry will never achieve anything, so the challenge for all of us is to keep thinking positively about how a pragmatic and united approach is the best way forward. We have tried to stay focused on what an association is all about, and it has to be about the positive promotion and development of the industry.

As we have said before, we have taken an inclusive approach to the membership base because we believe an industry association should be representative of the broader industry and if all members are proactive and engaged in the association it will be focused on protecting, promoting and growing the craft beer market in way that benefits all. Yes there will be conflicting views and perspectives, but every member will have an equal voice. The majority of the brewers in the industry are small to medium sized microbreweries, therefore they will make up the majority of the members and consequently the majority of the voice.

There have been a number of opinions put forward around how effective such a broad membership can be in liaising with government. Governments want to deal with a united industry body that represents the whole industry, they don’t want to deal with small fragments of it (the state bodies have already come to this realisation). We also see the role of the association not only putting forward a united voice, but also providing a stronger voice in the representing the smaller brewers. Just because there are a few large brewers as members won’t stop us from us looking after the various needs of the smaller members, in fact being a larger stronger body will make it easier to do so.

There is real diversity in the industry and we have heard people articulate with real vigour what they and their businesses stand for and how they are differentiated from other brewing businesses. We don’t want this to be lost, because that is how each member is positioned in the market and how they compete. CBL is not about putting all the business types, beer styles and brand stories in one homogenous pot. It is about embracing the diversity and letting its members celebrate their differences.

We believe what really brings us all together is our shared knowledge, and a real passion and enthusiasm for beer, it’s the same thing that attracts the growing number of beer drinkers to this industry, and its the same thing that is helping to build a stronger and broader craft beer community. Our goals and objectives are focused on tapping into this and fuelling the flame.

Now that the association is up and running, the interim board is getting on with working towards the objectives laid out in the CBL prospectus. We have already established a working relationship with the IBD and have a full day of seminars, which will be led by our association at the IBD conference in March. We are also working with the Good Beer Week team and the RASV /AIBA, to hold our inaugural Craft Brewing Conference, including education seminars and trade expo, during Good Beer Week in Melbourne next May.

So we’re making things happen and invite you to join in and get the industry working together for the good of beer.