Melbourne's breweries and venues finally have something to look forward to when October ends and patrons start to return. But the team at The Mill Brewery has more cause to celebrate than most after firing up their new production facility in Thomastown and unveiling a new look for their beers and hard seltzer range.

The new space is home to a 30-hectolitre brewhouse, with founder Mirek Aldridge saying plans for a production site were accelerated when they emerged from Victoria's second round of COVID lockdowns last year. It quickly became apparent their 600-litre brewhouse in Collingwood – and the constraints of the warehouse in which it sits – meant they could never focus on both the wholesale market and their own taproom.

“Once we reopened in October and November last year, things just went absolutely crazy,” Mirek says. “Everyone got slammed and people were very desperate to get back out to the pubs.”

The Mill team struggled to meet demand for their core range and regular new releases. Now, four years on from firing up their brewery in Collingwood, they've introduced a new look year round offering made up of Mosaic Pale Ale, Cracking Lager, and Daydream Session Ale, with an IPA set to be added soon.

“It’s been really tough not being able to keep up with that capacity. Hopefully, down the track, we grow into this space quite nicely and not outgrow it quickly as we did at Collingwood.”

The push to take the plunge came when they saw a second-hand brewhouse come up for sale towards the start of the year; once it was secured, they found a suitable production space in Thomastown, a suburb in Melbourne’s outer north.

The brewpub in Collingwood, whose 3066 postcode features prominently in the rebrand, will remain very much The Mill regulars know and love, with Mirek eager for it to remain the heart and the soul of the business, as well as a space that will allow them to experiment more often.

As for the rebrand, it was driven by a desire to be more recognisable on the shelf, after focusing more heavily on packaged beer due to Melbourne's well-documented COVID lockdowns.

“We knew we were needed to work to something more consistent,” Mirek says. “It’s got a bit of metal font coming into it, but we like to think of it as a classic European design as well. I feel like it represents us a bit better now, and moving forward it gives us a bit more brand consistency.”

That font isn't the only metalhead move by the brewery either: The Mill have also unveiled a lineup of Serenity seltzers, delivered in cans that couldn't be any further removed from the pastel-coloured, poolside vibe offerings already on the market.

“We wanted to steer clear from the seltzers you see on the shelves,” Mirek says. “I think this branding is just a bit more The Mill. They’re ours and I wanted people to know that.”

While the seltzer market is slowing in America, Mirek believes the category has a future here for some time yet. And, having been one of Australia's earliest adopters, they've continued to prove popular across their bar.

“Every time we had the seltzer on tap at the taproom, it was very well received,” he says.

As for what else the future holds, he says: “At the beginning it was really just me and I didn’t ever want to get ahead of myself. Now we’ve built up a great team – a small team, but a great team – and I don’t think there’s any need to grow too quickly; that’s been working for us.

“I never in my wildest dreams thought we’d be doing [the production brewery] this soon, but for a lot of breweries we’ve grown quite slow. But slow and steady is always the way to go.”

Articles by Will
The mill brewery brewery expansion 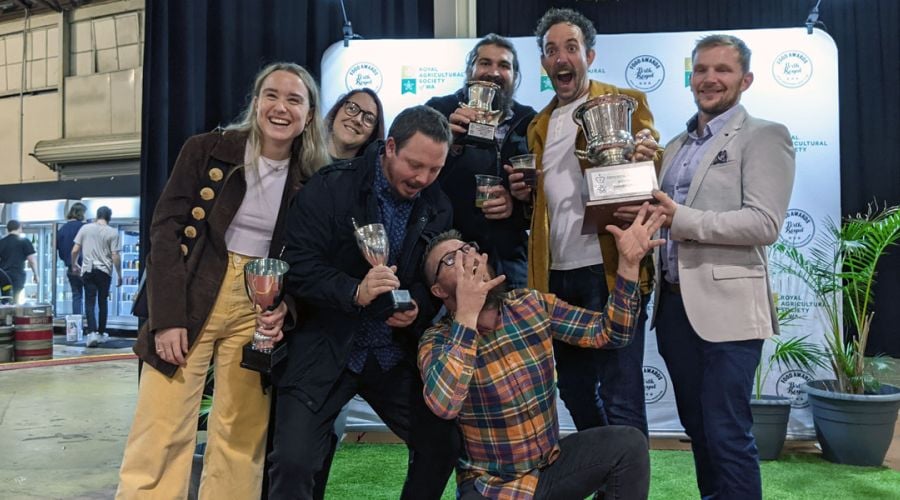