Lachy and Taryn Mutton are no strangers to the Mount Gambier area. In fact, they were pretty well known locally even before Little Rippa became into existence.

For the last 21 years, the pair owned and operated popular Mount Gambian café, Sorrentos. Both chefs by trade, Lachy and Taryn are familiar with combining flavours and matching food with good booze, so when they wanted a local beer option to serve in their café, Lachy escalated his homebrewing hobby into the real deal and launched a beer brand.

At first, he'd started off where most do: using Coopers kits before slowly working his way up to all grain brewing. In 2019, Lachy ventured to Adelaide where he undertook the six week TAFE brewing course with local brewing legend Stephen Nelsen.

Before too long, other local restaurants and bottleshops were also asking for his beers, leading him to bite the bullet and purchase a 1000 litre Spark kit from Melbourne, plus a new bottling machine, larger fermenters, some empty kegs, and even a second-hand canning line from Hop Nation.

At the time of writing, all this equipment is housed in Lachy and Taryn’s family home on their property on the outskirts of town. Very soon, however, it's set to be moved next door, where a million-dollar brewery and restaurant is being built set for a February 2022 completion.

The new venue won’t just house the brewery but also a fully-equipped commercial kitchen with a 150-person capacity. To help keep visiting kids entertained, Lachy and Taryn will host bottle-feeding sessions of the lambs and calves on their farm too.

As they close in on the opening of their venue, here's more from Lachy and Taryn as part of our long-running Who Brews...? series.

We're both qualified chefs and owners of Sorrentos Café in Mount Gambier for the past 21 years. Brewing was a hobby for many years.

On our property five mins from Mount Gambier.

For the love of beer – it started as a hobby and grew from there.

Probably Little Creatures many years ago.

Our name and beer names represent a fun play on Aussie slang.

Fat Snooza XPA. My wife suggested it as a beer name – I’m pretty sure it’s directed at me.

She says it's named after the cat.

A selection of indie brews depending on what’s available.

Theres not much local stuff in close proximity, but I do like beers from Lobethal Bierhaus, Mismatch and the occasional Moon Dog.

Our main outlet is our restaurant, Sorrentos Café in Mount Gambier, and we also have some other taps and packaged beers available across the Mount Gambier and Limestone Coast region.

We are currently building a venue on our property just out of Mount Gambier on a rural setting and would hope to have it well established next year and very refined in ten years time.

You'll find Little Rippa alongside hundreds of other breweries and good beer venues in the free Crafty Pint app, and other entries in the Who Brews...? series here. The Finlay's name has an association with the WA coastal town of Kalbarri stretching back decades. These days, it's attached to a family-friendly brewery serving beers inspired by the region and a seafood driven menu. read on 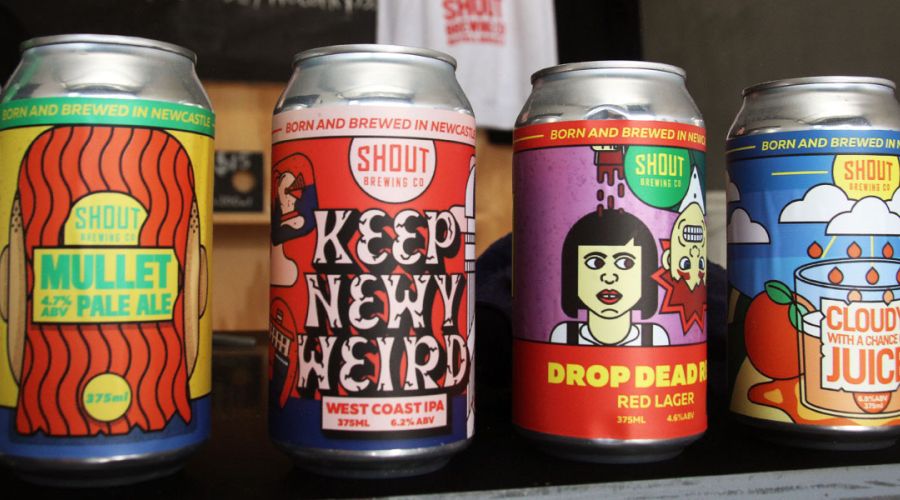 After years of talk, a few beers at the Bitter & Twisted festival saw four mates commit to starting a brewery. As they prepare to upgrade from their current home and open a brewpub, we caught up with the Shout team to find out more. read on