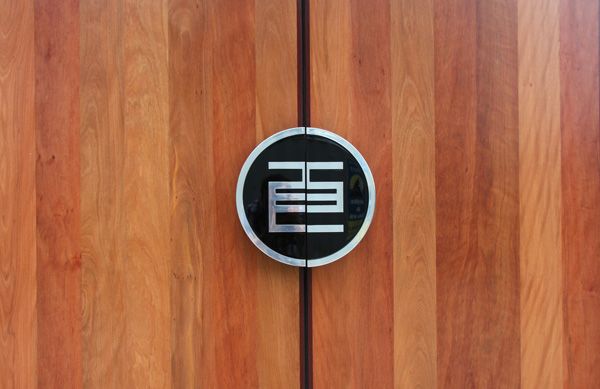 Crafty Snaps: A Peak Inside The Temple

After more delays than they’d care to remember, Ron and Renata Feruglio finally opened the doors of their new brewery, bar and brasserie to the world in time for Christmas. And it’s clear that the Temple venue is one that has been treated with the same attention to detail as Ron lavishes on his beers. Unclothed foam ceilings and concrete walls bare but for intricate graphics, walls of glass showing off the brewery and bold stone bars embossed with “TEMPLE” provide a setting unique among Aussie breweries.

The kitchen is already up and running under the auspices of head chef Raymond Chang. Here’s hoping the sweet and spicy popcorn we sampled at the weekend is there to stay…

As for the beers, old Temple staples the Pale Ale and Saison are back, with the Special Bitter to return later. The Japanese Soba Ale, debuted for the Shinobi Secret Garden at Beer DeLuxe last year, is also now a regular feature of their range, albeit with a new hopping regime that seems to have upped the bitterness rather substantially. Two newcomers are the Temple Brunswick Draught, made almost entirely with the unfashionable Pride of Ringwood hop and ten malts that lend it plenty of character, and the Bicycle Beer. At just 4% ABV, it’s designed to be one you can quaff and still ride home, combines a hint of funky tartness with a dry finish and, in typical Temple fashion, includes an unusual ingredient, this time salt from an ancient sea found underneath the Otways. The Midnight IPA (black IPA) trialed in 2010 will be out in the coming months.

Temple is open from 11am to 11pm Monday to Saturday and 11am to 9pm on Sundays, only closing on public holidays. You’ll find them at 122 Weston Street, East Brunswick.

Here are a few shots to whet the appetite.