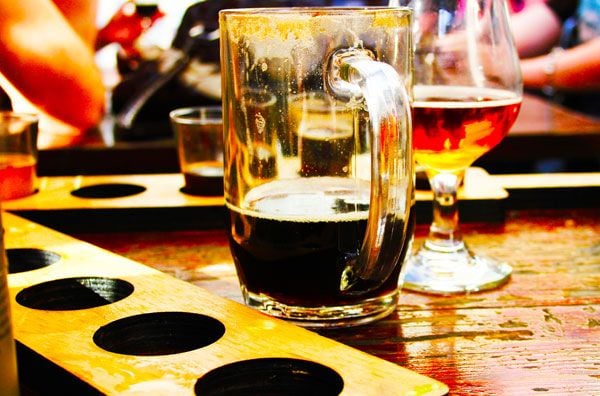 It was the biggest and best year yet for craft beer in Australia. Hundreds of beers from scores of breweries enjoyed in greater numbers than ever before by Aussie beer lovers. But which beers stood out for you? In the fourth annual Local Taphouse Hottest 100 poll, this year run in partnership with The Crafty Pint and Australian Brews News, you can tell us your top five beers.

Simply enter your details and select your favourite five beers from the drop down lists below. You could even win five cases of the top beers just for taking part…

Guy Greenstone of The Local Taphouse says: “We’re not necessarily looking for the number one selling craft beer nationwide. Rather, what are the favourite craft beers people have tasted this year? For the purposes of this fun poll, the beer must have been brewed in 2011 in Australia by anyone other than ‘macro-brewers’ main operations. The beer must have been commercially for sale (even if it’s just at the cellar door) in kegs or bottles.

“Voting for the ‘Hottest 100 Aussie Craft Brews’ poll closes at 11:30pm on January 25 and we ask that people only vote once.”

The final 100 beers (listed from number 100 to number one) will be announced on The Crafty Pint, Australian Brews News and The Local Taphouse websites on Australia Day.

A randomly selected voter (from anywhere in Australia) will win a case of each of the top FIVE beers – if not available, we’ll keep going down the list until we have five cases!