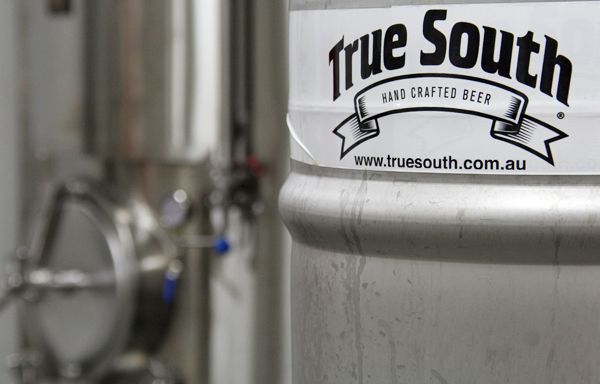 If the culmination of the country’s two biggest winter sporting competitions over the weekend wasn’t confirmation enough that Spring has sprung, the arrival of a new cider in readiness for the summer should do the trick. True South, the brewery in the Bayside Melbourne suburb of Black Rock, has just announced the arrival of Little Miss Muffet, a 4.6% apple cider.

Described by brewer Sam FÃ¼ss as “displaying a crystal clear appearance, with aromas of freshly cut apples and fruit, combined with a gentle balance of natural sugars and acids”, it follows in the footsteps of Coldstream’s Cider, the 2 Brothers Gypsy Pear Cider and an apple cider from Otway Estate. In the coming weeks, expect to see one from newly opened Mornington Peninsula Brewery too as brewers hope last year’s love of all things cider continues into this summer.

Of Little Miss Muffet, Sam says: “The palate is spritzy with a sherbet like finish and a refreshing more-ish taste. Just like the name might suggest this ciderâs a little cheeky.â

True South’s Head Chef, Phillip Wagstaff has developed some new dishes to complement the cider, which are:

EntreÃ©: Pan seared Harvey Bay scallop in the half shell, parsnip puree, with a cider foam

Main: Pork and Fennel cotechino sausage on a bed of celeriac scordillia, accompanied with a apple BBQ sauce, garnished with pork scratchings