They’re like buses, these Scandinavian brewers. You wait an age for one to come along and then you get three at once. Mind you, they make much better beer than buses. In fact, at the minute they’re making better beer than pretty much anyone, so it’s with open arms we welcome them to Australia and with open mouths we await the beers they’re going to produce while they’re here.

Yes, that’s right, it’s not just Mikkel Borg BjergsÃ¸, who’s in Melbourne for the Melbourne Food & Wine Festival, that’s going to be hooking up with Aussie brewers in the coming weeks – now two of his fellow Danes are arriving hot on his heels. First up is Christian Skovdal Andersen, he of Beer Here fame (above), soon to be followed by Norrebro Bryghus-turned-gypsy brewer Anders Kissmeyer. The former has decided to head Down Under for a break from the Scandinavian winter, the latter is one of the international judges invited to Melbourne by the Australian International Beer Awards. They’ll be appearing at various events that we’re adding to the Crafty diary, and will also be leaving a little something behind in the form of beers brewed with Red Duck and Moon Dog.

“I think the Scandinavians are really leading the craft beer scene in Europe, yet apart from Mikkeller and NÃ¸gne Ã there wasn’t much here a year ago,” says Adam Betts, from importer Northdown, the company responsible for bringing Beer Here and Norrebro beers to Australia. “Christian said he wanted some Aussie sunshine and Anders is coming out to judge at the end of March.”

It’s Anders who will be joining Scott Wilson-Browne at his Red Duck brewery, recently relocated to Ballarat, for a couple of brews. Exact details remain a little sketchy, but it will be one of Scott’s first chances to use the second mash tun he recently purchased with the intention of making more strong beers in less time. 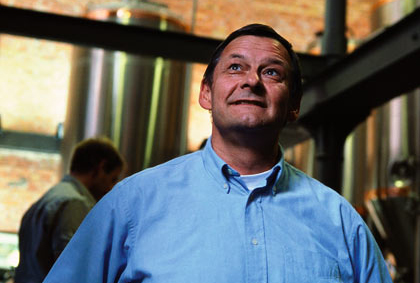 “He’s keen on doing a wood-aged beer,” says Scott, “but I’m waiting to hear back from the cooper’s as they’re a little bit crazy with the wine harvest. I’m sure some barrels will appear by the time he gets here.”

Red Duck moved from its previous countryside location in Purrumbete last year, meaning more space but, as yet, no cellar door.

“All my energy is going into brewing and bottling,” says Scott. “By the end of the year I want to be doing five brews a week, so it’s going to be a big, big challenging year.”

It’s likely to be the same for new boys Moon Dog, who have lined up brews with both Anders and Christian.

“They’re slowly coming together,” says Josh Uljans, one of the three Moon Dog owners and brewers. “We were talking at one stage about doing a Danish farmhouse ale. I suggested putting Danish pastries in but didn’t hear back…”

Before they welcome the Danes to their Abbotsford abode, they’re busy releasing the “Magnificent Mullet Series” – three beers that are “our tribute to great hair of a bygone era”. The three beers are loosely based on the often sour, Berliner Weisse style and each feature different fruits. First up is Melon Gibson, to be followed by McGuava and Billy Ray Citrus, a situation that suggests there will be no deviating from the deviant path they set out upon last year.

As for Adam, he says: “Northdown is excited to have such amazing brewers visit Australia and would like to thank everyone for supporting craft beer and making these opportunities possible. We would love to have done more events in different venues, but being on a tight schedule it wasn’t possible this time round.”

He says future opportunities will exist for anyone else wishing to host an event and that he will be trying his best to ensure Christian and Anders visit as many craft beer stockist and their customers as physically possible during their short stay. 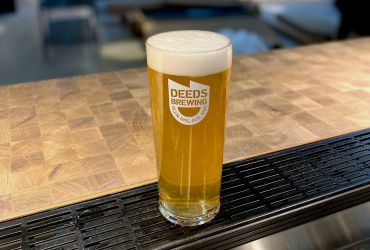